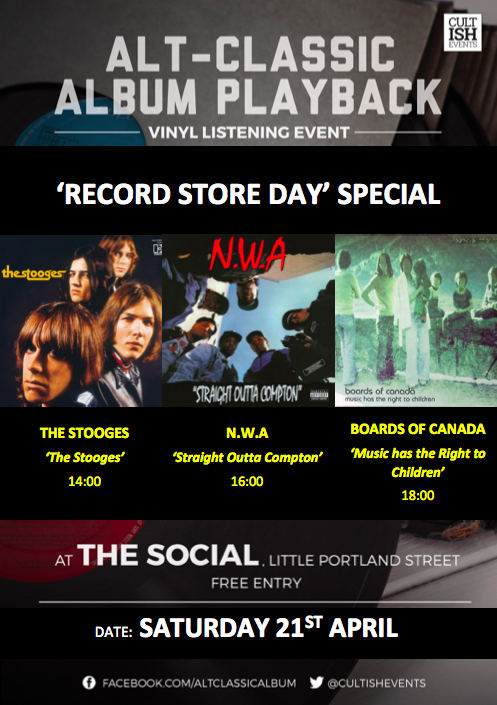 Spent way too much £££ on that Cure remix album or Floyd mono re-release? Couldn’t get your hands on that green Shaggy 7″? Console yourself with an amazing triple-header of albums played all the way through at The Social – for free!

A carefully-curated selection of artists who influenced each album will introduce the playbacks.