WE DID IT! BUT THERE’S WORK TO DO. 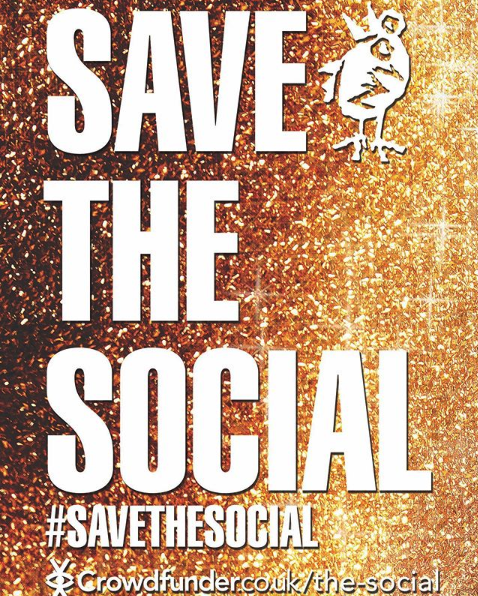 WE DID IT! BUT THERE’S WORK TO DO

The Social has hit its Crowdfunder target just eight days after launching thanks to overwhelming support from punters, bands, DJs, gig promoters, live agents, local businesses and friends and family.

We can’t thank you enough for helping to secure the future for the Social. It has been a genuinely staggering response.

As explained in the initial Crowdfunder statement, the raise of £95,000 was to help take the bar off the market and secure a stake in the lease which would give us a share of the business.

Your incredibly generous pledges have stopped any potential sale and given us breathing space. Now, we’re going to extend the funding period until the middle of April to try to raise a more money to do some essential bar improvements and give us time to effectively plan how to finance the next twenty years of the Social.

We’re not asking for donations. Rather, we will be adding incredibly generous rewards given to us by friends of the bar or dreamt up by us. We’ll also be throwing a series of fundraising gigs and club nights (beginning on March 23rd with a Fatboy Slim DJ set).

These shows will be announced through the Social’s Twitter and Facebook pages; tickets will mostly be sold via Dice.FM, all proceeds will be added to the Crowdfunder page once they’ve sold out. So, we wanted to say a huge thank you for your support so far.

Please keep an eye on the Social’s Crowdfunder page for daily additions to the rewards. Your help has got us this far – let’s see how much further we can go.

All our love, believe in magic.