2020 Was Broken And I Demand A Refund – Joshua Idehen 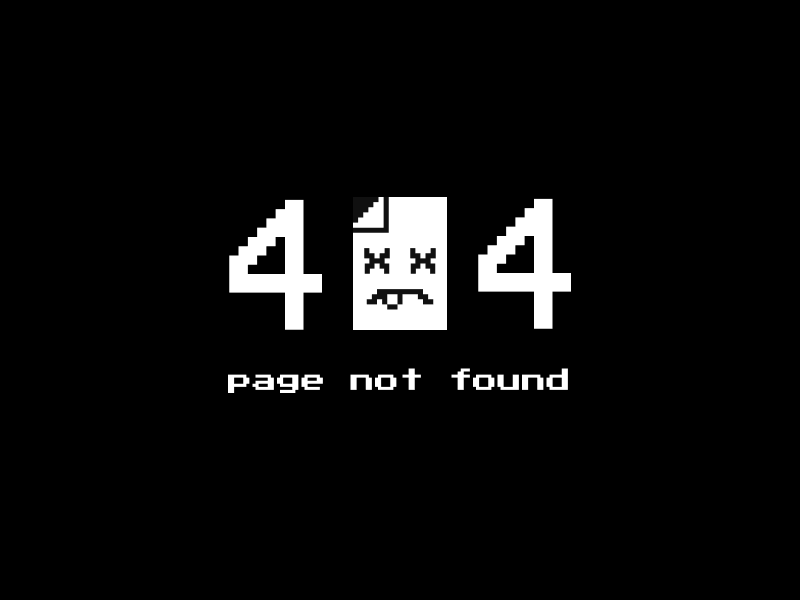 Oh, you still want a long read? Alright then. When I was asked to review 2020 for The Social, I had three thoughts: 1) I’m not Charlie Brooker 2) I said I’m not Charlie Brooker and 3) 2020 hasn’t ended, not really: we’re actually in 2016, Season 4, a mockumentary on Channel Five, where all the writers have been fired, and the show runners snorted a legendary kilo of ninja smoke, threw their skinny hands in the air, and shouted “fuck it, it’s a 100 metres hurdles sprint to the finish, and all the hurdles are sharks”. Every one of the last twelve months made me miss the one preceding, all of that constantly escalating shenanigans got a bit too much for a minute. Like, last December, if a dragon, or a gigantic meteor was heading to earth, I probably would have gone “yep, that sounds about 2020”.

Sometimes I remember random stuff, like murder hornets, or a massive ammonium explosion in Beirut, and I’m still not sure that was all in the same year. But it was. All of it. A Red River  in the Arctic. Locusts in Pakistan. No more MF Doom. Bible shit. 2020 was the year everyone who wasn’t in the news knew exactly where they were when the news was happening: At home, social distancing, if you knew what was good for you and your nan.

What I’m saying is, we’re all still living through the worst timeline, and it’s a little too early to be looking back (insert undercooked “this time, hindsight isn’t 2020” joke here). Gotta wait to see how this all shakes out. And that’s not a dare, “2021”, or whatever you call yourself)

So instead of a review, here are some of the things I’ve learned from the last 12 months. Starting with:

BORIS! I have an admission to make. In 2016, I wanted Trump to win the Republican nomination. Sorry, everyone: I had the monkey paw. This is all my fault. I was very stupid back then. I thought, if you throw a cat amongst the pigeons, the pigeons would, at the very least, scatter to the heavens. I thought the destruction of the Republican party was guaranteed because, lol, Trump?! Trump?! That guy?! All those holier-than-thou Fundamentalist Evangelicals gonna vote for THAT unrepentant sinner?! Ha! (cries in the corner)

What I did not expect, was half of the pigeons plucking their own feathers off, to reveal that they too, in fact, were cats all along, and half of the remaining pigeons going “hold on, let’s hear what these cats have to say, rest assured we are going to scorch them with our well researched twitter comebacks come next week. Sunlight is the best disinfectant for horrible opinions, after all. Oooooh they’ll be so sorry when they’ve lost the moral debate and history judges them harshly fifty years from now in a Netflix documentary!”. And then there was me, the stupid pigeon, coo-cooing in circles, waiting for the other shoe to drop, for the sky to stop falling and everyone to wear their heads the right way round like they used to. Plot twist: life beyond he looking glass is The New Normal. Yes, I know Trump is no longer president, but he’s not out of power: he’s still in charge of the GOP, and the GOP’ve decided they like being full fat fascists, instead of the  Incompetent Racist Sideshow Villain schtick they had going before.

I mention all of this, because come 2019, guess who hadn’t learned his lesson and wanted Boris to win the Conservative leadership race?

Was it even my fault? Rory Stewart, Mr Badly-Drawn Williem Dafoe and my first choice, didn’t really stand a chance, and Boris wasn’t that bad as London Mayor, and by “that bad” I mean “I didn’t pay a lot of attention to London politics at the time and he never gave me reason to”. Can anyone be worse than Theresa May, thought me, as if Gove didn’t exist? Besides, I kept on thinking, no one really wants a “Hard Brexit”, not really, and if anyone can convince the Tory eurosceptics that a soft EU split is in their best interests, it had to be the man who once got stuck halfway down a zip-line holding two Union Jack flags and still got the International Olympic Committee to give London 2012 a go.

Well, set me up for two fingers on the monkey paw, because boy, did I get what I asked for! 150,000 dead from Covid. Rampant, blatant corruption. Enhanced police powers to restrict the right to protest as the country settles ever deeper into the Fascism Jacuzzi. A cabinet of parody-defying incompetence and cruelty as a feature. Disdain for essential staff. And worst of all, ahead in the polls. Classic. They say history repeats itself twice, and Britain’s already had a fascist in Churchill, so I guess this reality as farce-y as we’re ever gonna get.

What have I learnt? I don’t think, I ask for nothing. If Paimon himself throws his hat in to lead the Tories in five years, I am shutting up and minding my own.

ALL COPS ARE BASTARDS: THE TV SHOW! Once upon a time, there was a Superman movie called Man Of Steel. Like most superhero movies of the time, it ended with a big scuffle in New York, Superman and General Zod slapping the red and blue pants off each other, knocking over skyscrapers like Wall Street was a bowling lane; standard superhero stuff. I remember watching the movie alone in the cinema and thinking, wow, so many people were just minding their own, off to work, feeding the squirrels, sitting alone in the cinema, cheating on their spouses- everyday shit – and then bam, vaporised by Superman, and/or Mr Zod, all because neither man had ever considered therapy. Since then, I can’t watch action movies the same. I see someone get beaten up, or worse, shot (especially an American) and I start planning their Gofundme in my head. Yes, I know, it’s fiction. This is just me. I’m sensitive in my old age..

A similar thing happened to me with George Floyd. I have not watched the eight minute video. I don’t have to. I am a black person in the Western Hemisphere. I don’t have to watch a lynching to know a lynching. But something in me snapped last summer: I can’t watch another cop drama. Let me rephrase: No more cops as heroes. No more cops as protagonists in comedies. Nope. Brooklyn 99? wrap it up. Paw Patrol? your day is done. Bad Boys? Well, I should have read the clue in the name. Cops chasing down serial killers? Well, was the killer a cop? Because if not, then no. Cop television is propaganda, mmkay? Very effective propaganda, to make you see the Police Force as relatable and helpful to you, as opposed to The Violent Arm Of An Oppressive State That Would Happily Bash Your Head In If You Looked At A Churchill Statue Funny.  All Cops Are Bastards. Yes, there are good people who happen to work in and with the police. There were also kind slave owners, and no one is asking for TV shows about… sorry, I’d forgotten about this. Anyway my point is, we should abolish cops. No equation has ever benefitted from “add more cops”. You might think I’m harsh. THERE HAS NEVER BEEN A CONVICTION OF A POLICE OFFICER FOR THE DEATH OF A PERSON IN CUSTODY SINCE 1971. And I’m sorry: if you told me there was a hospital where the patients kept on dying, and no one got arrested, or fired; zero repercussions? I’d say “well, shit, where’s the dynamite”? I can list all the ways that The Bill is trash, but you have Google, and I don’t have (your) time. I’ve just realised I no longer want to see the humanisation of the oppressor on my television screen. But if you like that sort of thing, good for you. Enjoy.

NO EU TOURING PLEASE, I’M BRITISH! I, like you, did not know how good I had it, Pre-Covid. I did tours with bands. Tours of Europe, tours of the UK. I fell in love with Lisbon, with Marseille, met my partner in Sweden, met one of my best friends in Bulgaria, made a fair few fans. I danced to Carly Simon in Spain, lost my voice on a Croatian stage, went to my first super nightclub in Belgium. I achieved my life’s dream: to stand naked on the balcony of a French hotel that I didn’t have to pay for when I was thirty one. No one ever told me this was as good as it would ever get else I should have stopped and taken in those wonders, and lived in the moment more, when I still had them to hand, because even if/when Covid is over and done with, the chances of me, or several UK artists, getting that career-expanding access to new audiences, new shows, new experiences in Europe is a big stinking Alexa, Play Marvin Gaye’s You Can Leave, But It’s Going To Cost You. How much? Well, back when Brexit was still a thing that hadn’t happened yet, Roger Daltrey – Eurosceptic/total fucking idiot – said, “What’s it (Brexit) got to do with the rock business? How are you going to tour in Europe? Oh dear. As if we didn’t tour Europe before the fucking EU. Oh give it up!”. Well, last year, once his accountant explained what politics has to do with fucking rock music you absolute plonker, his mighty Who-ness was amongst the signatories asking/begging the government to sign some sort of exception visas for artists performing in the EU. Which, when you see how the Tories treat nurses and kids on free school meals, went as well as you’d expect. And being an artist Pre-Covid wasn’t exactly the fine life. On many of the aforementioned tours above, I wasn’t paid. I did the shows for the love (of attention), and the experience. And I wish I’d spent more time enjoying it, you know? Didn’t rush to the hotel room after the gig. Gone on more strolls round the cities. Did more… recreational stuff. I should have done all the recreational stuff more. That’s all. And I dunno how the next generation are gonna cope. You can’t gig in Europe. It’s hard to build a fanbase in the UK via the live scene cuz most of the clubs are shut and all the open ones have plain clothed cops about. You can’t protest, and if you’re not lucky, Boris will find some way to fuck up the vaccine and you’ll still be zoom dialling your mates on a Friday night. You know, The New Normal.

Or maybe everything’s actually fine and the kids will be okay and I should stop doomscrolling. Anything can happen and that includes good shit. Look at me, writing articles for a venue turned online magazine. Life finds a way.