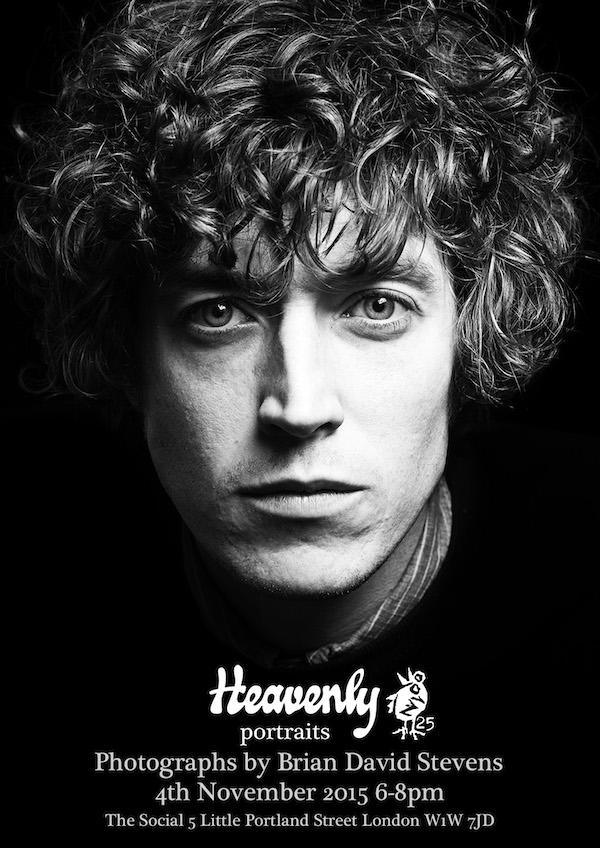 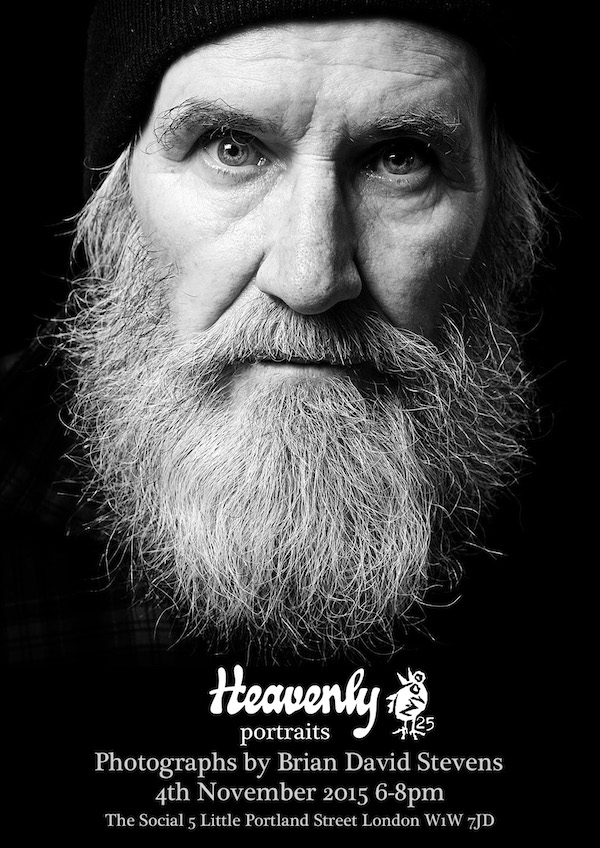 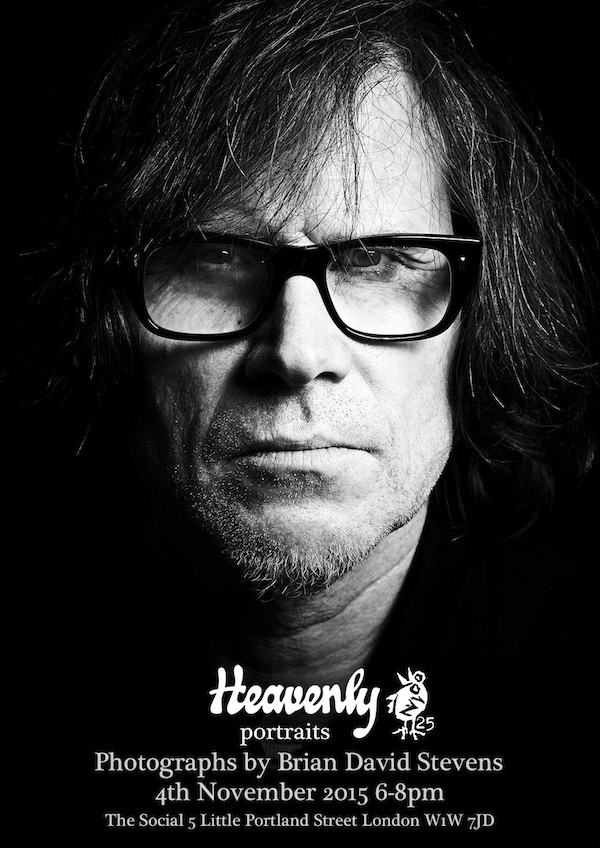 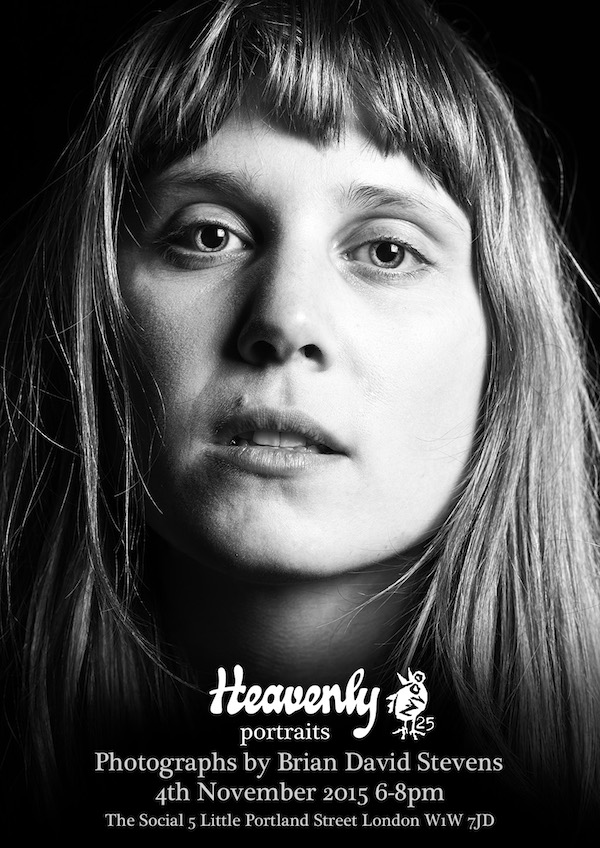 Alchemy exists. For 25 years Heavenly Recordings has been home to rule-breaking musical magic-makers, each HVN release dusted with its own sonic sorcery and to celebrate the anniversary and the release of the Rough Trade Shops ‘HEAVENLY 25’ compilation; Heavenly Recordings is exhibiting 54 photographic portraits by acclaimed photographer Brian David Stevens.

The exhibition features every artist signed to the label in their anniversary year up until the start of the summer. Accompanying the exhibition will be a Heavenly 25 yearbook with all the portraits presented within which will be freely available from The Social and the Heavenly web shop for the price of postage and packing.
Brian David Stevens – Brian is a photographer working in London. He was born in Cambridge of Welsh parents and brought up in Yorkshire as a cruel genetic experiment. He is currently finishing his first book, Brighter Later, a portrait of  Britain looking out to sea. Brian has completed and exhibited a ten year project shooting war veterans entitled They that are Left, his most recent exhibition at the Heavenly Social was Notting Hill Sound Systems. His portrait of Wilko Johnson is in the national collection