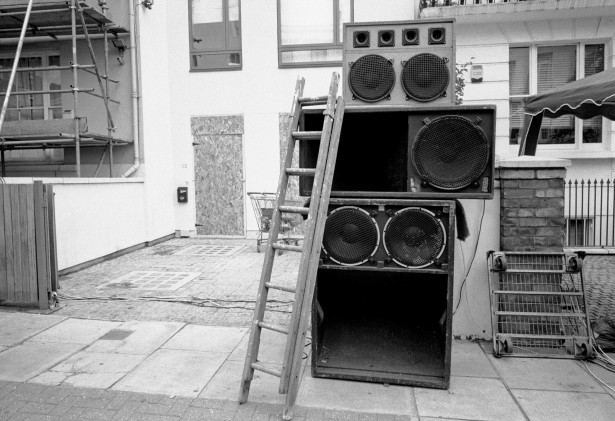 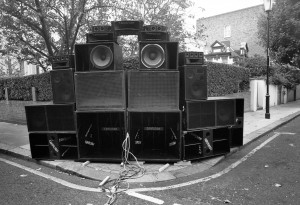 In the summer of 2004 photographer Brian David Stevens rose early to capture the towering speaker rigs and sound systems of the Notting Hill Carnival before the crowds arrived.

The sound systems, these towering monuments to volume stay in place for three days, are portrayed starkly and simply in Stevens’ photos, a far cry from the colourful, loud and crowded images that normally depict the carnival. Stevens says he wanted to shift the emphasis to the source of the music that was drawing people there in the first place, and yet was drowned out in the visual noise. “Normally you never see these streets empty, they’re absolutely packed with people,” he says. “I got down there very early as they were setting up and shot the huge, monolithic speakers just in the middle of the street, where they look fantastically beautiful — I think every street corner should have one on them.”

The Notting Hill Carnival got its start in 1964, as an expression of the Caribbean carnival tradition of the 19th century. Originally used as the showcase for a local steel drum band, the carnival has grown to include a wide range of Afro-Caribbean music and its related genres, representing various musical traditions and styles from the ’60s up to today.