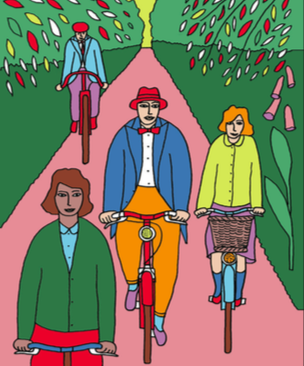 Designer Lydia Leith has collaborated with her father, illustrator Paul Leith. They have in partnership produced a series of original illustrated storybooks. For the first time illustrations from the books have been put together in an exhibition which will be displayed at The Social.

Lydia Leith is well known for her ”Throne up” Royal Wedding sick bags; Queen Elizabeth shaped Jelly Moulds and Ceramic Conkers. She has worked on illustration projects with Pimm’s and British Airways.

Paul Leith became one of London’s top illustrators in the 1980s, working in editorial and advertising projects such as; stamps, posters and books covers. His current work includes large-scale murals and large felt pictures.