A Dummies Guide To The Gamestop Stockocalypse, With Added Playstation 5 – Joshua Idehen 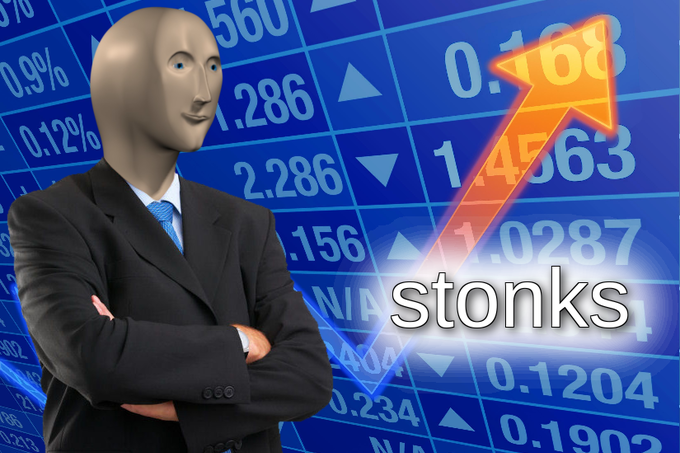 First things first: if this is the first time you are hearing about Gamestop, in relation to Stocks, or – and I can’t believe I’d ever have to type this – Elon Musk, please understand: you are already too late. You’re worse than a spectator: You’re watching a re-run of the match, mate. You’re playing Fortnite in 2021 with a default character. You’re downloading Pokemon Go and heading out to catch a “Picahin”. You’re googling “what is Bitcoin?” You’re learning  how to floss. You’re late.

And I don’t even blame you. In this hellscape, everything’s old news come evening, even market-devouring events. Dude, four Wednesdays ago (or as I call them, The 60s) there was an insurrection in the US. A coup. Orchestrated by the man in power. And that’s just madting. Any Nigerian would tell you A) you need the military, B) you stage a coup to remove the man in charge, lol, and C) read A, again. But you know what Americans are like when they remake foreign drama.

Anyway, slowpoke: The US Stock Market had a once in a lifetime proper shit-up, (and where were you? Lol, at home, playing Fortnite for the first time, like me) which on the surface looked like  poor people stuck an unwashed finger in the eye of the wealthy, proper 300-Spartan like, but in reality… it kinda was? but Elon Musk was involved, and probably others like him, so not? Confused? Well, it’s confusing, but don’t worry, I’m going to explain everything, using simple consumer products we all can understand. Like a Playstation 5.

You know what a Playstation 5 is, don’t you: It’s the newest Playstation. Fortnite machine. FIFA box. CODpod, and I don’t mean fish. It’s sold out everywhere: even if you wanted one, fuck you: Sony don’t want your stupid money. They’re selling on eBay for £1000, right now, if you fancy, though.

Now, let’s pretend you do have a PS5.

Because you’re an idiot, and those are the market rules, you give me your PS5. I then sell your PS5 off on eBay for £1000.

Unbeknownst to you, I actually have some inside knowledge that Sony are about to put out more PS5 stock later that night, hundreds of thousands more. Or maybe I put out an article in the Daily Mail saying PS5s explode like Samsung phones or something. The point is, the price of PS5 drops all the way down to £300. Come the morning, I buy a new, cheap PS5 and give it to you.

I have made £600 in profit (£1000, minus the 300 for the new PS5 and the £100 borrowing fee. See? I told you you were stupid). This is known as Short Selling, and like most shenanigans perpetrated by rich white people. It is legal, happens all the time, is probably happening right now. Meanwhile, you’re at home, playing fortnite on your cheaper PS5, flossing.

Now, let’s say you have some friend, whose called Reddit. Reddit found out I borrowed your PS5. Reddit knows I want to short-sell you for a profit, and Reddit doesn’t like me much, so Reddit gets all his mates around (they’re all also called Reddit) and they buy every PS5 available. That sends demand through the roof, and now PS5s cost £2000 per unit. To make things worse, one of the Reddits is mates with Elon Musk, so Elon Musk goes on twitter and tells everybody to go buy PS5s right that minute. So now PS5s cost about £5000 a pop.

So, not only do I have to buy a PS5 for FIVE TIMES WHAT I’D INITIALLY SOLD FOR, I have to give that PS5 I bought, to you. Dassit. That’s this week in a nutshell. Except swap you for Gamestop, PS5 for Gamestop Stocks, and swap £5000 for, and breathe before you read, OVER 100 BILLION DOLLARS AS OF WEDNESDAY’S END. But you can leave Elon Musk in there, though. He did what he did IRL. This is called A Short Squeeze and it is also very legal.

Oh, I wish it ended there, but it didno. To continue this analogy even though it’s collapsing under the absurdity of January itself: imagine PS5 prices still rising, and most of the Reddits were buying PS5s on a PS5 buying app called Robinhood, which advertised itself as an app “for the people”, except it was actually owned by my uncle, and my uncle is in charge of my bank account, and the price of PS5s are going so high, it’s going to bankrupt me and  him, so he force-deletes the app off every app store and stops further orders for PS5. Oh, and even though, sure, a lot of Reddits are buying PS5s are regular folk like you and me, but there are also a lot of other, wealthy interests who are using this as a cover to take down one of their PS5 buying rivals. Like that dude who invested 53k and made 33 million. Some of them are also called Hedge Fund.

Confused? Doesn’t matter, mate. George Clooney is gonna make a movie about it, call it Oceans 1337. They’ll get Margot Robbie to explain it all for you, from a bathtub. You’ll watch it on 4K via your Netflix account. And you probably get the Official video game for your PS5. Instead of investing in Dogecoin, you plumb.

What’s Dogecoin? Ok: imagine it’s 2000 and you heard of a thing called Bitcoin….