A Letter To The King – Karl Hyde (Underworld) 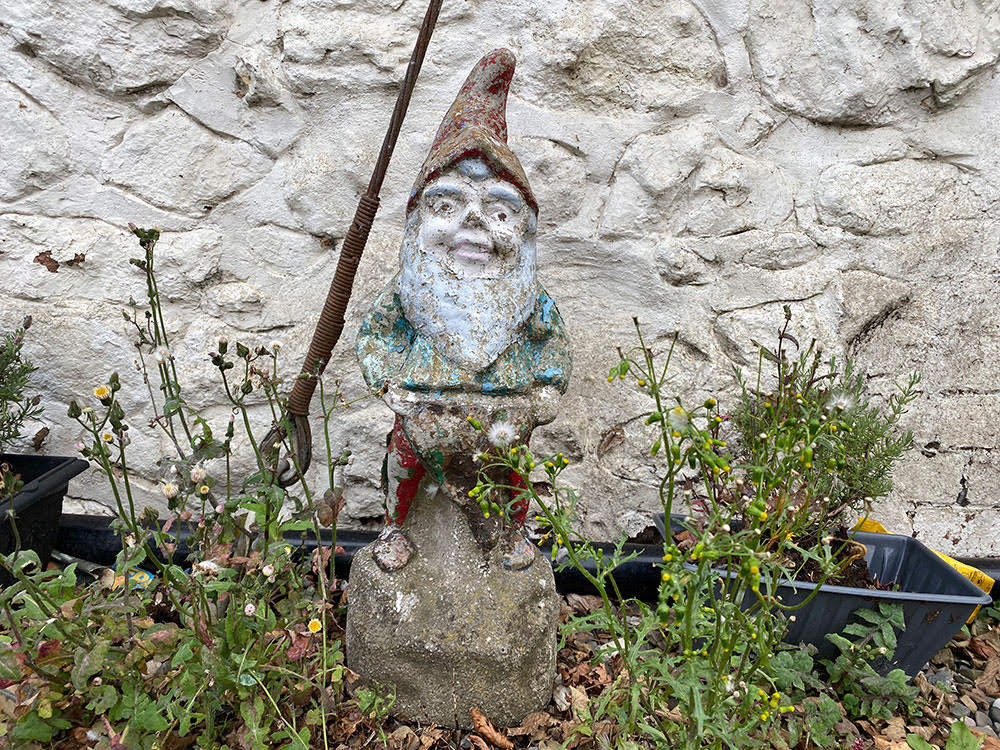 Sorry it’s been so long since I last wrote to you. There’s a lot going on. I’ve not been walking in the mornings, and it shows. Drift-time has fallen off the priority list. I’ve been putting other stuff in front, and I’ve forgetten how you showed me to walk and switch the head off. It always works; I’ve even managed to build a career out of it. It was dumb of me to forget that the space between these ears fills with noise when the walking stops.

Yeah, I’m still eighteen years old, caught up in my stuff, the stuff you think is too important for you to bother me about. I get it now of course, having taken on your role as head of a household, longing for the same things, like a phone call from my kids.

When I started this walk for you it was spring. The crops were green and months from being harvested. But I blinked and the fields are full of stubble, ravaged by combines; fabulously floodlit seasonal metal elephants, gorging themselves through the night, writing their love letters on the wind, sending vast plumes of dust up to the stars.

Now the fields are ploughed (the spell corrector wrote ‘plagued’. I should’ve left it in). Rough sods of clay, churned up by blades that shine in the morning sun like giant beetle shells. Some fields have even been levelled and seeded with next season’s crop. I drift between these unpretentious canvases, pegged out to percolate under the sky. Parallel lines of corn stubble, colossal fistfuls of earth gouged up by the plough.  The infectious serenity of levelled earth, combed with delicate grooves. Mash potato toppings of shepherd’s pies, fork scored and ready to be loaded into Sunday ovens.

Time is marked by the smells and sounds of the passing seasons, conduits that connect me to you and every time we walked together. Memories of Shell posters hung on classroom walls at the start of term, instilling in us a melancholy longing, planting the seeds of a life long sadness at the passing of time. Yes I saw squirrels and nuts and berries, birds and briers, and the changing colour of leaves, and everything they wanted me to see, but I knew from a young age it was a smokescreen to get us looking the other way as they prized our little fingers open, one by one, loosening our hold on the magic of childhood like David Niven, tricked into riding that escalator into the afterlife.

There’s a fearful silence along the edges of the road in the aftermath of a terrible event. The cans have become nervous and withdrawn since the farmers brought in the heavy machinery. Objects that had come to spend their retirement in countryside ditches have witnessed the carnage unleashed by the scything of grass verges. There are whispers that it’s not the first time. It’s autumn, three whole seasons since I saw you for real and hugged you, told you I loved you to your face. Christmas dinner with all the trimmings and music from between the wars. We laughed and agreed to forget for a few hours that time was still putting one foot in front of the other.

Is this a war Dad? Who are the bad guys? The news tells me to be afraid, but all the farmers wave and smile at me as they tend their fields, so I’m guessing it’s not them. What do you think Dad? What are you being fed today? Don’t be afraid. Take time to laugh. I miss the sound of your laughter, your truth, our walks, and drives in the car, sat beside you in blissful silence listening to the radio. Those drives were fantastic, seeded what I am, but our walks were the best. The two of us together, walking around the world. You taught me how not to live afraid of it, read the signs, put a point on the end of it. You gave me the tools to make it dance.

Can you smell that?

Autumn at the door.

Do you remember our last walk together Dad?

I remember a powerful instinct to slip away and walk alone, to visit the places you wrote to me about in your letter when I was sofa surfing, lost in the city of Angels. Back when the rent money had to be paid in England and there was no work for an unemployed frontman. The only income I could find before the bailiffs came knocking was what they’d pay a hired gun to dance to a different tune. Sleeping on a mate’s couch in the kitchen. You’d like him. He started off disliking me and I didn’t think much of him either with his silver tipped Cuban’s and his ridiculous hair. But a few months later, he would literally save my life, finding me half naked fully wasted and hanging off a chain link fence in a blizzard up in Minnesota. You didn’t know that did you Dad? There’s a lot I never told you. What child would put a parent through that? The damage I did when you couldn’t see me would’ve dug you an early grave.

Do you remember the last walk we took?

I’ll be honest, my heart sank. The artist wanted to drift unencumbered. To see what turned up. With you along I was going to have to have a reason, a point, a target. Damn! Reasons suck when all I want is to drift.

“I was ‘just’ (trying to put you off) gonna wander down to town, maybe check out the river, then over to the station, look at the trains…or maybe not.”
I lied.
“I don’t mind,” you said. “Can I come along anyway?”

I don’t ever remember you asking to come with me like that before Dad. You sounded like a boy full of hope, keen to tag along with a mate and I liked it. Sometimes I think we’re so different, and yet, there’s this thing that makes us the same. It was right there in that letter you sent to me in LA, bleakly alone and afraid. Me and the wolf were close back then. He wasn’t at the door, he was sleeping under the bed. You didn’t know that either.

“Sure Dad. I’d like that” I smiled, staring through the wall, but oddly meaning it the more I thought about it.

As we set out I felt twenty feet tall, walking beside the King. That’s when I knew, but could never say, ‘This will be the last time the two of you will walk together, be grateful you know it, cherish every second, and laugh like you mean it’.

We walked into town, you pointed out things I’d never known and now won’t ever forget. An ancient piece of wooden guttering, high in the eaves of a red brick town house. A shop, no longer there, that you loved as a boy.

We crossed the river and climbed up to the station, drawn by the mournful call of steam train whistles.

At the station café we ordered mugs of tea and bacon sarnies on thick sliced white bread that we squirted with brown sauce, because that’s what dad’s like, right?

And you kept on walking. You never stopped. A giant. Walking for me, beside me or leading the way, the choice was always yours to put one foot in front of the other, quietening the noise, until time dropped the bill on the table and took that choice away.