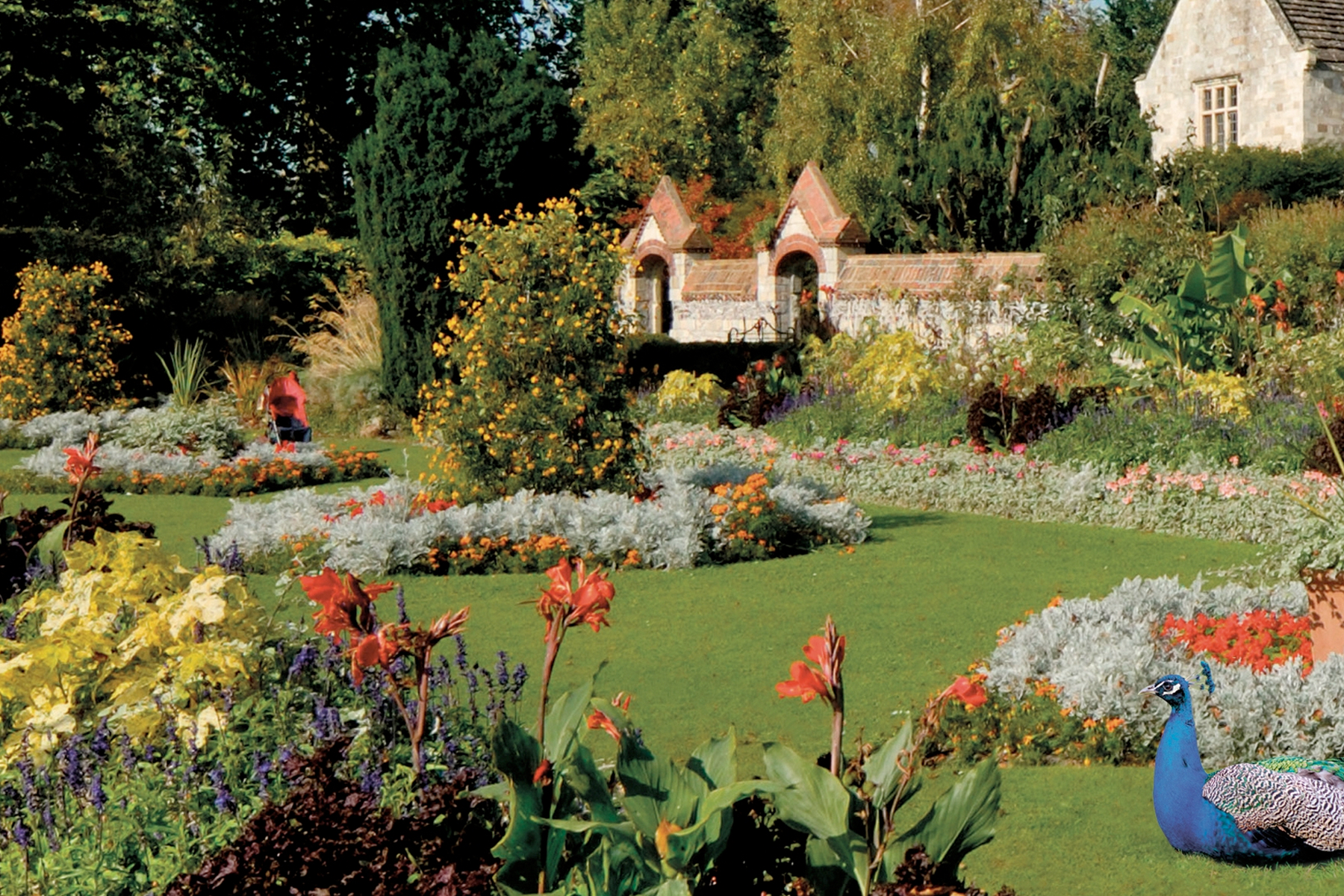 True enough, the waitress was approaching with the wine in her hands. I noted that, though full, the bottle had already been opened. Obviously if I had been in New York – say at Lutèce – I would have immediately sent it back. You don’t open a bottle of wine before you bring it to a table. Lutèce with chef André Soltner. When we went to the States for the great ’73 tour, Marko and Auralie loved to go to that restaurant to pick at the food and took me along. Once. She would just sit there with a faraway look, staring at the other diners; when the dishes came out Auralie had a way of never quite starting them as well as never quite finishing them. She did the same at the Russian Tea Rooms. I knew fine that Marko and me just wanted a good plate of fish fingers, peas and chips with lots of ketchup, but let’s admit it, we were curious. Fucking oysters and trout with nuts sprinkled on it, so you think it’s bones in your mouth. Bloody Continentals with their jumpers folded on their shoulders, they’re just so . . . Continental. No wonder we had to win the war for them with the Yanks. And that’s why we and the Yanks have the best music.

I admitted the schoolgirl waitress would most likely have cocked it up if she took a corkscrew to a bottle – so it made sense. We watched the girl pour the clear wine, first into Abigail’s glass and then mine. There was no pretence of us tasting it. I don’t like a silence at a table when waiting staff are serving, so I repeated, ‘Yeah, New York is great—’ but the girl interrupted me.

‘I’ll come back.’ She pulled a tight smile and left us again.

‘Cheers. It was me that invited you in my letter.’

‘Well, I can’t say I would have had the guts to invite you after the last time I saw you.’

I said, ‘But I’m totally flattered you did.’

‘Well, I did say just a friendly drink. I wasn’t expecting dinner, and by the way we can split this bill.’

My heart sank a bit at this. ‘Oh no. I won’t hear of it. I’ve been saving. For years. I have nothing to spend my money on down here.’ We were both looking at the menu. ‘What will you have?’

I was a bit surprised when she immediately and rapidly replied, ‘Prawn cocktail and the chicken in a basket.’

I couldn’t help feeling a bit stumped, for that was exactly what I would have ordered off the menu if she hadn’t beaten me to it. I took another few swallows of the wine. ‘That’s just what I would have ordered. I guess if you are having the prawn cocktail then I could try the soup. But I’ve never known what mulligatawny is. It always sounded like a town in Ireland to me.’

She laughed. ‘I think it’s Indian.’

I added, ‘And I don’t know what cock-a-leekie is either and I don’t want to think about what it is.’

She tightened the corners of her mouth a fraction. Swiftly moving on, I said, ‘Strange thing is I have had both soups in the past more than once but afterwards, I just forget.’

She smiled and loosened up. ‘These soups must do something to the memory.’

I laughed at this. ‘Yeah they must, and another thing, what is vichyssoise and what is bouillabaisse?’

‘What page is that one on?’

‘No, it’s not on this menu. Just in general, what are they? I think one is a soup and you have it bleedin’ cold. What’s that all about? Friggin’ foreigners.’ I said this quite loud and I found myself frowning at my wine glass. I had drunk most of it already I was so nervous.

Suddenly she said, ‘But look here, look at this in sweets. Rum baba. I’ve never had a rum baba.’

‘No, never. I’ve always wanted to try rum baba but I don’t go out to restaurants much. Obviously. Never had rum baba. I never had a rum baba in my whole life and it just . . . sounds so good. Rum baba.’

‘Never had a rum baba and never met someone who’s been to New York. Well then you must have one this very night. It’s fantastic. You can get blotto there’s so much booze in it. Let’s order them up.’ I looked across the table at her but I suddenly felt even more tremendously nervous. I saw how good-looking she was. She wasn’t just good-looking, she was beautiful. This woman was all-out lovable and her daughter was a great kid. I could care for this woman; I could have a life with this woman. Mrs H was correct: what on earth had I been doing with my life?

‘Ready to order?’ The child waitress had arrived without me noticing. She gave me such a fright materialising beside me, I blurted out, ‘Soup! No the prawn cocktail, not the soup. No. Sorry, no. Abigail, excuse me, you order first.’

Both women were now looking at me. Abigail said, quietly, ‘The prawn cocktail, the chicken in a basket and the rum baba please.’

The schoolgirl was writing it all down.

There was a pause then I said. ‘Look, just to be different I’ll have the soup as well.’

‘The soup instead of the prawn cocktail then?’

‘No. No. The soup as well as the prawn cocktail. I’ll have two starter courses.’

‘Well what shall I bring you first? The prawn cocktail or the soup?’

‘Well, obviously . . .’ They both looked at me. ‘The cold dish first then the hot. The hot prawn cocktail, sorry the hot soup after the prawns.’

Out came the lip again and the little uneven teeth came down upon it. This instruction was written down. ‘Okay then.’

‘Oh, and don’t forget those good old rum babas; two of your finest rum babas for myself and my very good friend here.’ I smiled and stuck out a pointed finger at Abigail.

Crossing the centre of the dining room some distance from our lone table a honeybee flew across the space at about six feet of height, flying in that strangely slow lumber, where their rear seems to drag lower in the air – perhaps weighted by delicious nectar?

I stood and moved from our table, towards where I had last sighted the bee.

‘I love bees,’ I called backwards.

Suddenly the schoolgirl waitress appeared carrying a tray inexpertly with two fists and held in against her belly. I had an instinct to assist but I didn’t want to embarrass her. On the tray was the new bottle of wine and the two tall ornamental glasses filled with the telltale green and light pink of prawn cocktails.

Moving my legs swiftly, I attempted to beat the waitress back to our table which was not difficult as she walked so slowly. She looked up at me oddly, clearly flummoxed by my idle meandering around the dining room.

‘There’s a honeybee in here,’ I told her, pointing my finger around in the air while I shuffled behind the round table until I was next to Abigail. The waitress placed the wine bottle in the middle of the table and then distributed the two prawn cocktails – serving Abigail first. As the waitress committed these actions she commented: ‘Your wine. The . . . Prawn . . . Cocktail . . . There,’ she concluded, seemingly with some delight.

I didn’t know if I wasn’t starting to find the young waitress attractive! Once she was gone, I drank some more wine and I topped up both of our glasses from the older bottle.

Abigail had been talking. What she was saying was very interesting indeed, and while she talked she did not pick up her fork to approach her prawn cocktail. She spoke about her youth – a tale of misunderstandings on the streets of Marlborough. I was listening – of course I was – the carefree days of youth are so important – but something else was dominating my concentration. Napkins! I have problems with the management and monitoring of cloth napkins. I always lose them halfway through any meal; I usually find my napkin to have slid off my knees and fallen to the dirty floor beneath the table, or resting on top of my shoes. I was intent on making a good impression on Abigail, so it was very important I concentrated on my napkin and was aware of its location at all times. I cast a nervous eye at Abigail’s napkin, still tucked tightly in its brass ring by her hand. She was chuckling and I followed her into a chuckle – suddenly with her lovely fingers, she slid her napkin from its polished brass ring and lowered the cloth down out of sight onto her thighs. Naturally I copied her action – making sure my napkin was positioned quite high up on my own thighs, so movement of my legs would not shuffle the napkin lower towards my knees and hence permit it to fall forwards onto the ground.

I took up my fork and with my other hand copied Abigail in squeezing the lemon slice onto the top of my prawn cocktail, watching the viscous nature of the juice insinuate itself down the insides of the glass and how it pooled clearly on top of the Thousand Island dressing.

She had actually been talking and I had interrupted her. ‘Sorry. I was just going to say that there is this strange rumour that Thousand Island dressing – this – was actually invented by Phil Spector.’

I took another few gulps of wine. Checked my napkin. On my fork I lifted some prawn cocktail – the watery shards of crisp lettuce, the slug-like prawns, flavourless but for the lemon and the cloying, powdery cream sauce clinging to them.

I took another long swallow of wine ensuring I did not leave telltale lip marks of the sauce on the rim of my glass.

‘I don’t know who Phil Spector is.’

‘Yes. I know who George Harrison is.’

I said, ‘Sorry. I need to go to the toilet. The bathroom.’

I felt a bit flushed. Steady on, old chap, I told myself, as I walked a little waywardly across the dining room to the doorway and turned left. It occurred to me rather than crossing the lobby past that oaf Harry Marley, I could instead simply nip to the gents in the saloon bar. I turned sharp right into that corridor and pushed aside the opaque glass door.