An Extract: New Yorkers: A City And Its People In Our Time – Craig Taylor 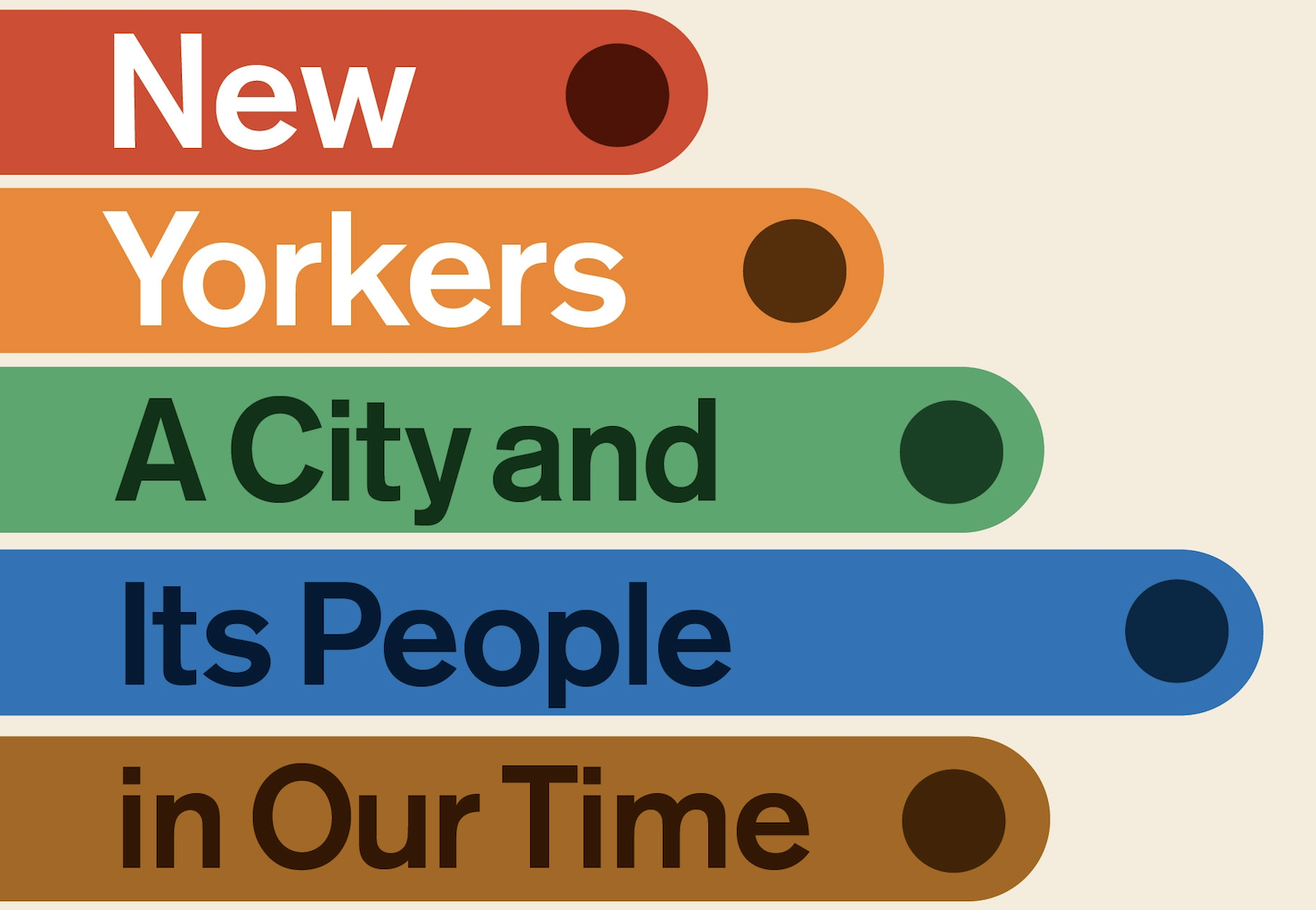 We’re delighted to be able to share with you this cracking extract from Craig Taylor’s new book New Yorkers. The book is drawn from hundreds of interviews over six years and is ‘a grand portrait of an irrepressible city and a hymn to the vitality and resilience of its people’ and a fantastic follow up to the best selling Londoners. We hope you enjoy it.

People want what I have. Kids will ask you if you’re an elevator man. They’ll beg you for keys. They offer you money. All kind of kids. Old ladies. This old white lady on the Upper East Side said, “I know you guys have keys to put this on ‘independent.’ ” She told me that she was going to give me $200 for the key. It’s a $5 key. But I was like, “Nah, I can’t do that. I could get in trouble if they found out I gave you a key.”

This was an old patrician white lady. A war bonnet like Dan Quayle’s wife. Got that war bonnet hairdo talking about giving me $200 for my key. She is the type of lady that has dogs and they’re like little dog babies. So she wants them upstairs and in their dog box real fast.

People will buy those keys. Or if you leave your keys somewhere, and people see that ring, they will grab your elevator key ring and run off with it. Keep that shit on your ass. You put the key on “Access” and drop the car. If you leave it in the hall, there’s people that see that key and they will steal it. It’ll work all over the city.

They’re really smart guys who become the adjusters; the brilliant ones seem to have some kind of inborn obsession or love of what they’re doing. One has a model elevator at home. He made the motherfucker and every part on it works. It’s this big and he can show you every goddamned thing on the elevator. It’s a scale model. People have told me they’ve been stumped and called this guy, at two in the morning, ’cause they had him as a teacher and he answers the phone and starts talking to them about elevators.

He can tell you exactly why a fuse blew, how it blew, how much power, by looking at it. He’s insane. No, seriously.

One time I hit the top of the car and it was covered in dead mice. It was in the projects and it was like the mice went there to die. Every mouse in this project went down on top of this motherfucking car and just went to hell. Right there, on the spot, like “I surrender to the will of God, I’m a dead mouse.” And they’re dried out, they’re like mummies.

So I went up there with a broom and I tore the car apart. I looked down at the mice, and the guy I’m with is an ex-con— because the elevator industry is one of the few that hires an ex-con— and he’s like, “I can’t deal with this. This sucks.”

I grab a broom, I start sweeping shit off ’cause I’m just a hillbilly, right? I’m a fucking Black hillbilly.

(I grew up in Indiana, but I’m half Black. My Black relatives were all from Tennessee and Kentucky. And Mississippi, originally. And all my English relatives, they’re from Newcastle on Tyne. They’re fucking Geordies. I am a fucking Afro Geordie. It’s true.)

Sweep all the mice off . Okay. So now we are ready to start demolishing the car. So we hang it.

Gotta hang the counterweights up here ’cause you reuse them, get the car landed and then start cutting all the bolts on the dome. Then I got to get up there and cut off that crosshead and we started demolishing it.

We got down the pit.

What we hit was an inch of sludge, because the car had shoes, not rollers. Good shoes means that oil has been running up and down the rails for twenty years and dripping down there. But because people have pissed on it, it kind of turned into linoleum. So I had to take the scraper, like an ice scraper, and physically scrape this shit up. Big curls every time you did it. You get a blast of piss gas right up in your face.

The uric acid cured the oil into what looked like linoleum. And it was golden and it smelled like piss when you cut it. And I’m not lying to you, you could stand on it and it was like a sheet of ice. You’re scraping the shit up to get down to the steel so you can clean up this area and build a new elevator.

What are you using to cut? One of them ice strippers. Just scraping it up in sheets and throwing it in bags.

New York City can be divided into those people who piss in their elevators and those who don’t.

Every housing project in New York, people pee in the elevator. Piss is like ocean salt water so it rots out the door locks because the door locks are run with copper wire or wires that have copper contacts.

So NYCHA uses a lot of stainless.

We’re on top of these cars, cutting out these piss-soaked cars. I remember asking this dude, “Why do you piss in elevators over here in the projects?” He lives there and he’s like, “I don’t know. I guess the kids get tired. I think sometimes it’s the kids, sometimes it’s somebody’s on drugs and they just pee in the elevator.”

Dude, it destroys the elevator and every twenty years they have to build new elevators in NYCHA. I’m telling you the truth.

I DIDN’T HAVE a choice.

I had a baby coming, and I was laid off . But they made me realize I was more of a mechanical person than, honestly, I ever thought.

What’s really weird is that it does involve intuition for some sets of people. But there’s some people who have a mathematical mind, whereby their decisions are ruled by logic. My decisions are still mostly ruled by a kind of emotion, which detaches me from that higher level of knowledge.

There’s the type of person I’ve worked with directly, who has an absolutely analytical understanding of an elevator, whereas mine is emotional and still based on hunches.

How you use a machine is a type of consumption. It is like drinking a beer. It is a consumption. You are having an experience. People kiss each other in elevators. They don’t just pee in them. People meet their damn girlfriend. People hug each other coming home from a goddamn funeral.

I WORK WITH all kinds of people, everything from Soviet conscripts, which would have been my first mechanic, to bikers, racists, lesbians, you name it, all kind of weird people work with me. And I’ve got to get along with the sons of bitches.

Gay and straight. People that are libertarians slash labeled conservative politically. People that smoke reefer, people that don’t. People are all different and they do have beliefs and you have to cope with them because you’re part of a two- person team.

Oddly enough, most of the elevator guys I meet do something. I’ve seen a guy who makes some beautiful radio-controlled airplanes, I’ve seen guys that make hydraulics, and I’ve seen a man that guards the rosary and the host at his church, as a religious devotion.

Even the people that you don’t necessarily agree with, you kind of come to an affirmation of love for them and friendship and forgiveness that takes you past differences. Why would a man sit around in front of a rosary and a host in a Catholic church at four in the morning? You look at the man and what he says and see how he treats people, and you realize he’s got something going on.

You usually find out that most people on some level do have some kind of inner life, they have a place where they find joy. And even people whose beliefs you revile, they actually have saving graces that you don’t understand completely at fi rst but you see . . . It’s like it’s odd to say, but what it is is . . . a kind of forgiveness, where it really counts.

And it unfolds to you. It does end up being like a kind of forgiveness which you develop for people as you know them, which is probably what’s wrong with the world because most people have the homogenous kind of experience. You don’t meet people that do different than you, think different than you, and are different from you, so you don’t see their humanity. But here, in a sense, you’re in a situation where you have a lot of desperate people doing a dangerous goddamn job and, well, after a while you love them. Even if you don’t agree with them.

I believe in managed risk. And ameliorating the worst parts of it. It’s like the kid telling me he was scared to get on the elevator because we’re up in the air and I looked at him and said, “Man, if you wasn’t scared you’d be fucking stupid. You got to know where your feet are and you got to know that the car is there. Those are the first two steps. Then you’re going to put the stop switch in,” and I started showing him. One hundred foot in the air. But he was almost in tears, he’s a green helper, and I’m like, “Man, you got to understand something.”

After he got up there he realized that what I was telling him was the truth, that it is possible to manage the risk. If I had a lesson to add to anybody’s life, it’s about risk management.

If you manage risk there’s a possibility you can get out in one piece, but if you don’t fail to reconcile that beforehand and have that presence of mind, that’s when you get hurt.

YOU KNOW HOW MANY empty spaces there are in the city? You actually can go in these buildings. There’s whole floors of buildings. You could actually house, very inexpensively, every homeless person in New York. There’s enough building space. There’s nice spaces. Everybody could have a $1,000 apartment. They’re empty. They don’t do shit with it.

There’s one building that has the best room I’ve ever seen in my life and it’s been empty for twenty-five years. It would be the most bomb studio you could ever have. I can’t give you the address any more than I can give you Jerry Seinfeld’s. (Which I’ve been to.) Curves in the wall, early twentieth century, high windows, spectacular light.

Lower Manhattan, see the world, see the harbor. Look out the window. Nobody will rent this space. It has access by one elevator. Beautiful little space. It’s wild, too, because nothing’s been touched. All you have is outlets and sewing lights. You go in there and you can paint like a bastard for fucking fifty years. That’s the most beautiful place I’ve ever come across. Did I feel hateful that I couldn’t get in there? Yeah, I was angry. I looked at that empty ass space and I said, “Damn, That’s how it oughta be.”

There’s whole floors like that throughout the city, wasted, empty space that no one uses and people restrict access to that. They’re not going to rent it for less. So there’s all this inert space all over Manhattan.

There doesn’t have to be a homeless person in New York City.

Order Craig Taylor’s ‘New Yorkers: A City And Its People In Our Time’ here