An Extract: Repeater Book Of The Occult – Introduction By Tariq Goddard and Eugene Thacker 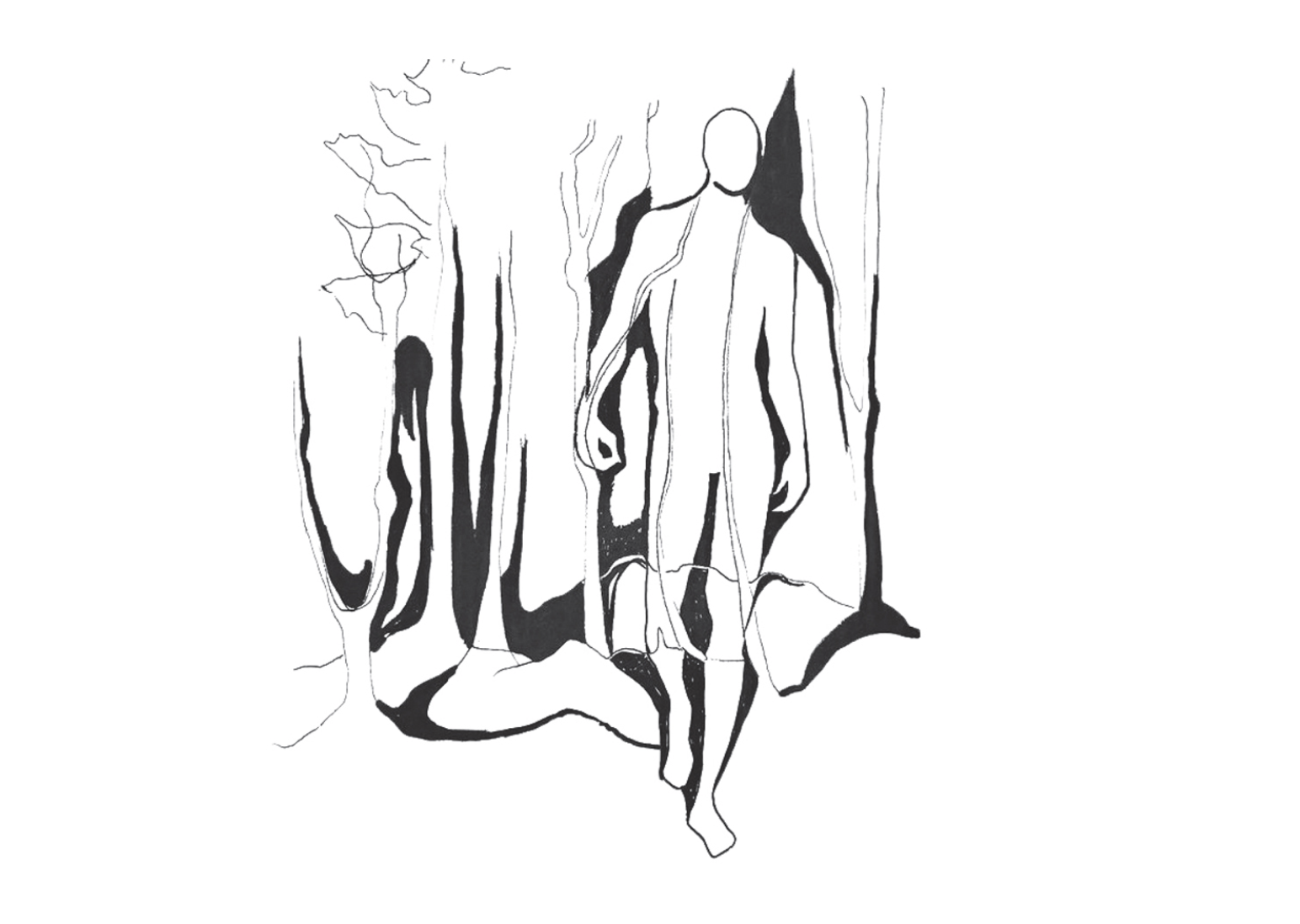 Our aim in collecting these stories together is to take what scares us seriously. Fear is rarely treated with the same respect as other more prestigious or edifying emotions, and, in the horror genre particularly, fear is often dismissed as a technical contrivance or mere gimmick. As such, it is diminished, and employed as an ambush for the unwary, empty of meaningful content or  inherent value,  reduced to a stimulus-response test. This reduction misunderstands the horror genre, for the danger with treating all horror writing as the fictional equivalent of riding a rollercoaster or binging on junk food is presuming that however terrifying it may be at the point of contact, what horror points to is not, in the last instance, actually real. For if being frightened is for children, and intelligent enquiry for adults, horror finds itself in the same boat as fantasy or whodunnits: a guilty pleasure for those who know better, an adolescent indulgence shorn of serious pretensions.

The actual target of this bias is not only the horror genre, but the very ideas that animate the horror genre itself: particularly that of  the supernatural, and the wide range   of ideas associated with “the occult” that attempt, in their own way, to “point to” the supernatural. By infantilising the  supernatural  as  a  contrivance  in  which  enjoyment is predicated on self-evident unreality, horror writing is unable to defend itself on its own terms. As if to save the genre from a demotion into academic marginalia, critics have traditionally sought to protect it in a way that further undermines it. They readily agree that horror is not meant to be “real”, that the supernatural is  fanciful  nonsense, and that the varieties of occultism are nothing more than fodder for poorly produced reboots of ghost-hunting reality TV. Moreover, it is often noted that horror writing is aware of and participates in  creating such un-realities, and thus  is willingly complicit in its own ontological bankruptcy. According to this approach, horror writing has always operated purely at the level of allegory and analogy, parable and fable, the cultural strata of signs and symbols. Thus, while not taken literally, horror writing can at least aspire to the literary. A discerning reader can thus indulge in the fun, and enjoy scurrilous well-crafted entertainment for what it is, secure in the knowledge that the text is dutifully engaged with consequential off-page issues, which themselves share common ground with the subject matter of “serious writing”. As a theory this is an eminently respectable line to tow. No writer ever says they  write purely in analogy (or that they do not), usually leaving it as a matter for the cultural unconscious… or for the critic. And so, aided by the post-modern disinterest in a writer’s avowed and stuffy intentions, this apologia has become something like the standard grown-up line on horror.

However, this is inadequate as a defence of the horror genre or as an explanation of its appeal. The old questions persist. What should be taken literally and what allegorically? When does the confusion between them reveal something deeper than the safe and secure boundary between what is real and what is not? And what  then of  reality,  given that it is more common today to speak of realities in the plural and even to accept delusion as fact? Perhaps more so than ever, one finds oneself in a world in which what is given to us isn’t always so apparent, and sometimes the world explained is even more confusing than it was before being explained. The horror genre inhabits this liminal region of the apparent and the obscure. In so doing, it ends up refashioning the old terms. Perhaps the “supernatural” is not simply equivalent to the divine or the magical, but a limit — a limit of knowledge, of the senses, of bodies, of existence itself.

The same goes for terms like “occult” and “occultism”. Today, “the occult” is often taken to be no more than a hodgepodge of conspiracies involving ancient aliens, paranormal investigations, and memes about secret societies. The occult is all that, true. But it is also much more than that. Its history is telling; the occult has often acted as a shadowy double to the long evolution of modernity. It emerges as a counterpoint to the scientific revolution, where a host of “occult sciences” including alchemy, astrology, divination, and forms of natural magic challenge any clear boundary between the natural and the supernatural. During the Enlightenment, a wildly syncretic “occult philosophy” emerged that refused the division between the secular and the religious, reason and faith. The occult always risks the dismissal of the dominant forms of knowledge at any given time, if not the actual indictment  of heresy. This is the case well into the nineteenth century, where “occultism” proper encompasses a wide range of alternative spiritualities and sciences, from mesmerism and spiritualism to theosophy, anthroposophy, and twentieth- century incarnations of technical Magick: “Making a  movie is casting a spell”.

In this grey zone between what appears and what is, lies horror. But the horror genre is also a certain disposition, a way of thinking. There is always a degree of doubt that inhabits this kind of thinking, a certain disbelief towards the way things are. Horror writing is supernatural thinking, occult thinking; it is a kind of thinking that is based on a suspicion, a suspicion that is twofold: a doubt regarding the world as it is given to us, and a doubt regarding the accepted ways of explaining that world to us  —  and for  us. Horror writing is thus led towards other knowledges, towards other perspectives — even if  these  ultimately  fail. In some horror tales an interest in the occult displays an affinity towards system, but often what this leads to  is an even vaster awareness of what lies outside of system. Horror stories may make use of empirical evidence or even measurable results, but only insofar as evidence is  given  to something beyond the empirical or measurable. Is the horror genre mysticism or rationalism? Is occultism science or anti-science? Is the supernatural simply the natural in unfamiliar garb? It is likely that this kind of ambiguity has traditionally given horror writing its dubious status.

There is something irreducibly ambiguous about the occult and supernatural. True to its  etymological  roots, the occult (occultare, to hide or conceal or obfuscate) is predicated on this basic notion that there is always some aspect of reality that remains beyond the pale of human comprehension, and its rapacious need for  mastery, totality, and utility. This is, arguably, the more profound lesson of the occult, be it in Renaissance occult science (Agrippa, Ficino, Paracelsus), in nineteenth-century occultism (Helena Blavatsky, Gérard Encausse, Éliphas Lévi), or the various occult revivals in the modern era (The Society for Psychical Research, The Hermetic  Order  of the Golden Dawn, The Allhallows Coven, The Arkham Bureau for Paranormal Research, League of Tygers Eyes), or present-day rumours about Starry Wisdom Subsidiaries, Blackwater Consulting Group, Goodreads, and the like. System and anti-system, reason and unreason, all collapse into each other. There is no secret to the universe, no key  to unlocking the mysteries of nature, no magical system illuminating order behind chaos. There is only a world revealed in its own hiddenness, a  world  made clearer in  its opacity, a  revelation  of  something radically other that is also simply the fragile, tenuous mind registering its own limits. There are only human-made systems (divinely inspired or not) reaching their own horizon, and thus continually delimiting the intelligibility of reality, as what emerges simultaneously recedes into even deeper shadows that evoke a dual sense of humility and awe.

The stories in this collection are, on the one hand, just that — stories. Some of these stories are well-known, while others are almost completely unknown. Some of them are directly influenced by occultism and spirituality, while others retain only the general ambiance of the supernatural. It is no accident that fiction like that gathered here engages with the horror genre, for the horror genre not only becomes a platform on which the ongoing ambiguities between reality and unreality can be dramatised, but it also allows for a range of affects — horror, terror, the fantastic, the weirdthat prompt us to question the presumptions of human- centric thinking, a prompt that seems especially cogent given the proliferation of mediated micro-worlds and the increasing uncertainty as to any single, consensual sense of reality.

Demons, vampires, zombies, spectres — certainly they are easy to make fun of, and it would be unhinged for a horror writer to insist on the actual existence of their creations (lest they be dismissed as “poets”). Yet there is an equal blindness in denying the importance of the reality of the supernatural for the authors whose stories are collected here. Moreover, it is even lazier to assume mere analogy at work than it is to take a story at face value, just as it is easier to read subtext badly than adjudge a surface  correctly. True, the stories collected here are steeped in nineteenth- century aesthetics, but the “horror” in them is just as plausible for their authors as the existence of social reality was for authors like Honoré de Balzac, Leo Tolstoy, or Jane Austen. Hence, our stake in the ground: when it comes to the horror genre, theliteralismoreradicalthan the allegorical, the symbolic, the semiotic, or whatever contrivances are given to the horror genre to give it  its moral imperative.  To that end, these tales work best simply as  stories, and  not as codes in need of deciphering. They are supernaturalbut also “naturalist”. They are of the order of the fantastic — but they are also “realist”. In granting them the metaphysical benefit of doubt, we can enjoy these works as writers and readers, not sceptics or critics, and in doing so be scared in good faith, restoring fear to its proper place in the landscape of cultural affects.