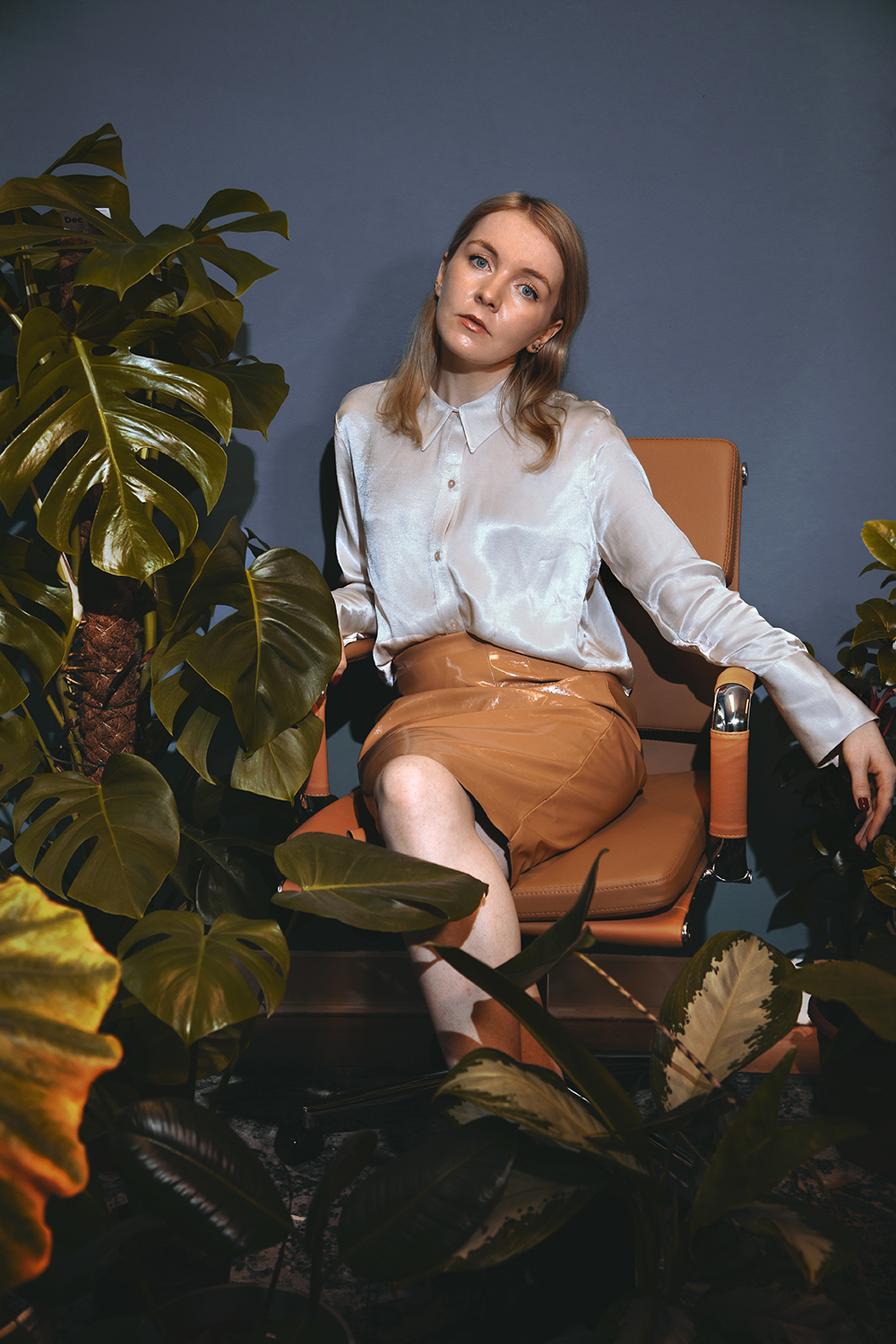 If I asked her why she was always trying to need more than she needed, she’d say that borrowing brought you closer to other people, while buying mostly made you lonelier.

You Too Can Have a Body Like Mine, Alexandra Kleeman

Vaporwave is happening to you. It’s a way of seeing, of being, pitched somewhere between the internet and real life. Vaporwave is an aesthetic, a set of politics, an aggregated history consumed through a screen. But before that, vaporwave is a music genre, which first appeared in the early 2010s.

Vaporwave found me at a time when my musical tastes had narrowed, through a mixture of habit and apathy. I needed something to listen to while writing late at night. Ideally it would be music without words, which I found distracting; soft, long-playing tracks without sudden shocks to the eardrums.

Floral Shoppe was vaporwave’s breakout hit, published on the website Bandcamp in 2011 by an American producer called Macintosh Plus (this artist is also known as Vektroid, New Dreams Ltd and PrismCorp Virtual Enterprises). Unlike other vaporwave albums, Floral Shoppe is demanding; I’ve never been able to just leave it playing in a tab in the background. From the start there’s an insistent saxophone, and a man’s voice, glitching and crooning, ‘I love you so …’ His love has become a system error; it sounds like bad memories, or regret. The second track, ‘Lisa Frank 420/Modern Computing’, is detached and creepy, like the theme song from an out-of-date children’s show. A chugging, locomotive beat backgrounds a sample of Diana Ross singing ‘It’s Your Move’. Her voice is dramatically lowered, her words blurred and woozy, and the track itself, with its lyrics about unrequited love, becomes a hymn to passivity.

How much of life is algorithmic now? I keep coming back to vaporwave, perhaps because YouTube knows that I enjoy it and recommends more. The time I spend listening to it is also time I spend alone with my computer; vaporwave complements the night, the retreat into memory, and the brain’s eventual sorting of events in sleep – rapid, then slow, then rapid again. YouTube, where more music is played globally than on Spotify, Apple Music and every other streaming service combined, is a hive of vaporwave music, enough that, with the help of the autoplay button, and enough battery life, vaporwave could soundtrack the rest of my existence.

It took me a long time to share with other people that I listen to vaporwave, not out of embarrassment but because of the ritual of the thing; it never appeared in my life outside my computer. It took even longer for me to think of myself as a vaporwave fan, despite playing it for years, always alone, and almost always when I had a deadline to meet. It’s jarring, somehow, to consider listening to it outdoors; these are soundtracks to loneliness, latenight companions that luxuriate in the psychic ties between the individual listener and the internet.

To me, Floral Shoppe summons feelings of numbness, futility, exhaustion, but peacefulness too. It speaks to my free-floating passivity, an acceptance of a world I cannot touch, curated for me by machines.

‘The Disconnect’ is out today, order it from bookshop.org here!