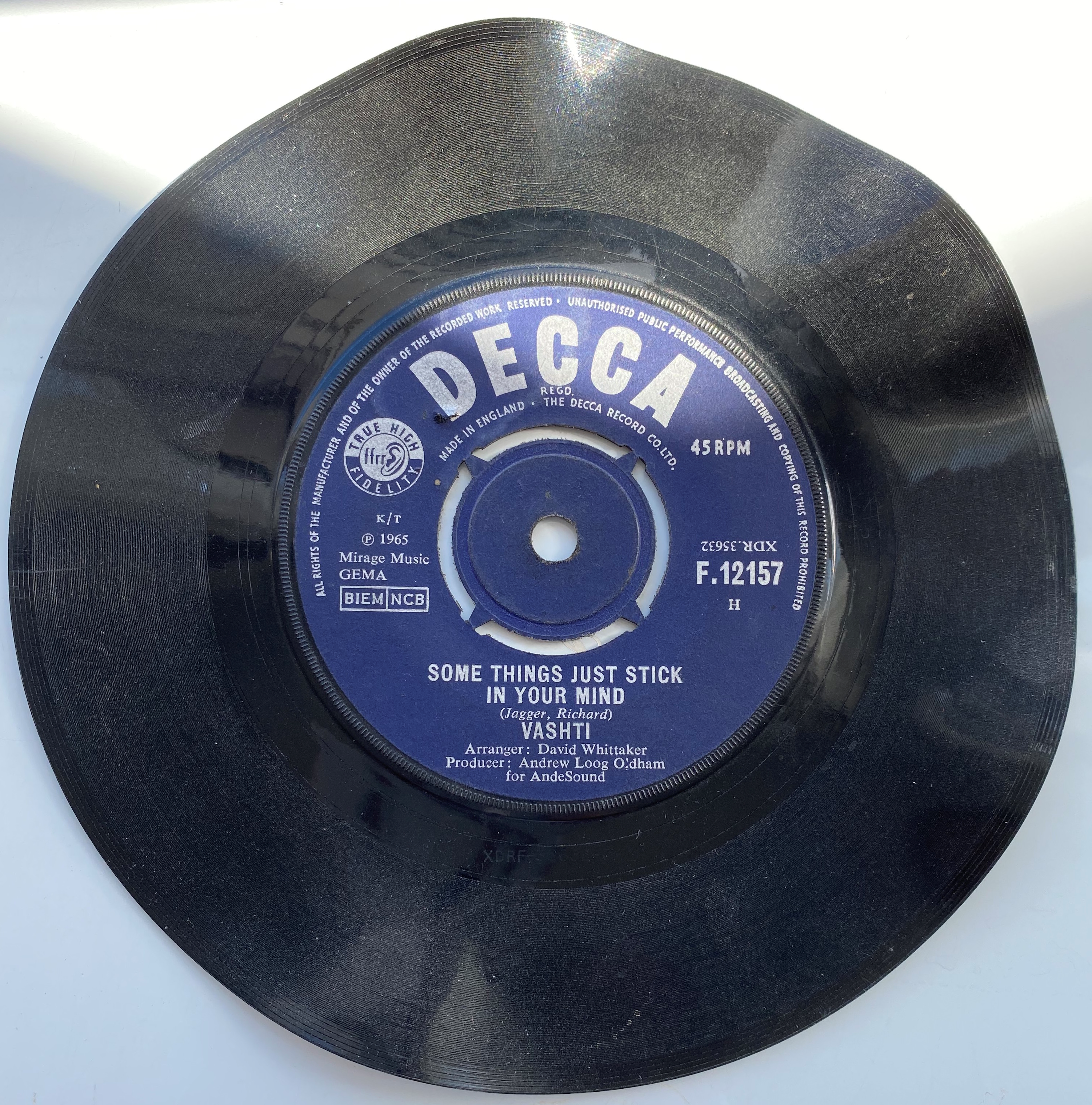 Our old neighbours at Appletree Wick had a party, just before my twentieth birthday. My mother persuaded me to go with her. I sulkily took my guitar and sat down on the edge of a gilt chair in a room full of once–famous actresses, singers, people of the stage.

I chose to quietly sing How Do I Know – probably hoping for some raised eyebrows with its reference to having babies by different fathers and still being free.

I remember making no impression amongst the tinkling glasses and high laughter, but I must have done on one woman there – Monte Mackey from the Al Parker agency in Mayfair.

Mrs Mackey knew Andrew Loog Oldham – twenty-one-year-old manager of the Rolling Stones. I was called to her office to meet him and sing some of my songs.

There I was surrounded by the theatrical plush typical of the day, the swags of red velvet and golden tassels, a grand piano with silver-framed signed photographs from grateful and loving clients, a white marble fireplace with an ornate electric bar fire, Mrs Mackey sternly behind her large desk – and – there was Andrew, standing, shining, with his back to the mantelpiece and gilt-framed mirror. I doubt we exchanged glances and there were no words.

Sent away after a few songs, I had no thought that anything would come of the meeting, but next day I was again summoned, this time to Andrew’s office in Ivor Court at the other end of Gloucester Place.

He handed me an acetate recording of the Rolling Stones’ Some Things Just Stick In Your Mind. This was to be my first single. A Mick Jagger and Keith Richards song.

“But I want to record MY songs.”

One of mine could go on the B-side said Andrew, and my second single could be one of my own.

I was not happy.

My father said – quite uncharacteristically – “compromise, my girl”.

I did. I set out on a path I had not planned for, but it surely had its moments.

The contrast between the traditional impresarios’ world that I had glimpsed through our neighbours the Blacks at Appletree Wick and their friends, with this – Andrew Loog Oldham casting aside the old guard, wresting the reins and claiming it all for the young – would fix some of the aching rebellion I felt so keenly.

I was just twenty, Andrew a year older. He had already brought the Stones to dazzling success and I was surely dazzled, but also aware that I was around something quite world changing, and I was quietly delighting in being a small part of the Big Fuck You.

As much as I was petrified by them all – Andrew and his wordless way with me, Mick Jagger imitating my small voice with his head to the side and both hands together to his ear, the many, many musicians all crowded into the studio – it felt good that these young people were now in place of the old.

Andrew Loog Oldham strode this new world with an irreverential grace. He made me laugh when I wasn’t weeping. It swelled my heart the time he walked up to a stiffly uniformed doorman in a Park Lane hotel, holding a large joint and asking for a light before sweeping out through the revolving door into the London streets – in a cloud of illicit smoke.

In a letter to my sister I confessed to being “a little in love with Andrew” – but since he and I barely exchanged a word I remained a small skinny being, merging with the studio walls, silent, wide-eyed and almost not there.

Why does the sky turn grey every night

Why do you think of the first love you had

Some things just stick in your mind

Why does the rain fall down on the earth

Why do the clouds keep crying

Why do you sleep curled up like a child

Some things just stick in your mind

Why when the children grow up and leave

Why must there be so much hate in their lives

Some things just stick in their minds

The single went nowhere. Andrew has since said he thinks the B side was better. I did too.