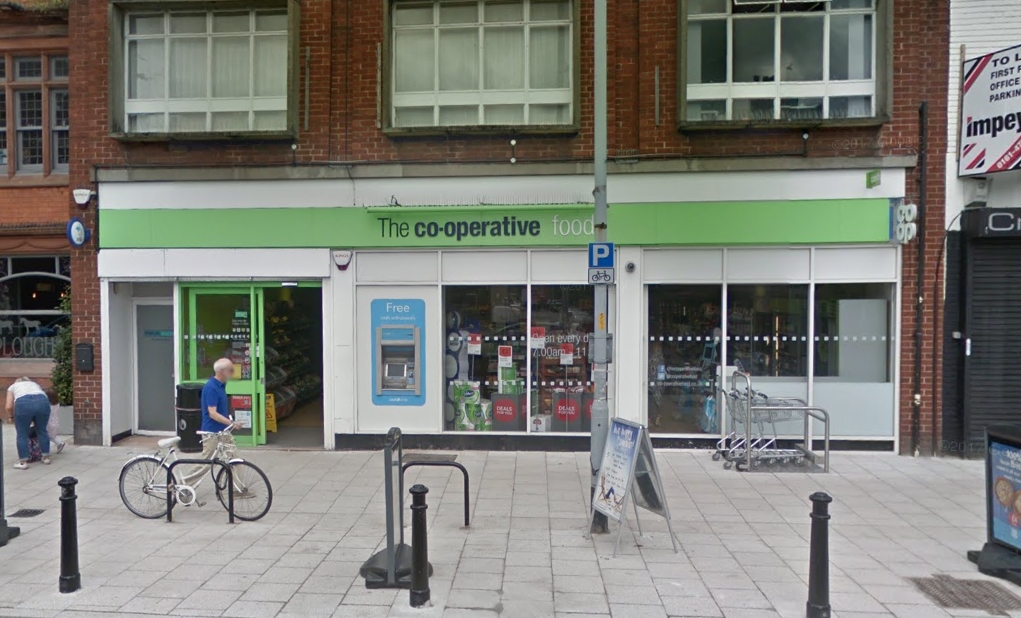 In the early noughties, Tesco Extra-esque supermarkets were hailed the new superclubs. A place of consumerist worship for the Nespresso generation. Star fade to 2020 and supermarkets are now legitimately THE ONLY public place to hear locally (and internationally) sourced (mostly) ethical BANGERS. Specifically Co-Op. At this point, I don’t know if other supermarkets even play music. It’s irrelevant. Co-Op shoots for the heart. Jesus saves but Co-Op Radio scores on the rebound <3

On my essential shop to Co-Op earlier, they played Tom Petty “I Won’t Back Down”, which felt more vital than ever. A pan-searing pandemic defying self-preservation anthem. Weeping into the pit of my elbow on the (absence of) baked bean aisle. I forget what I came in for because I’ve just been absolutely bodied by this unexpected item in the swaggage area. Big Tesco might be Extra but little Co-Op is peacocking, like a bad b oughta.

Co-Op Radio resonates and it resonates hard. The DJ (anonymous, like Banksy or The Stig) digs deep. Select cuts that could be deemed base in most other realms…but this is a realm unto itself; it’s Co-Op. It’s drudgery, pre-kitchen sink drama. It’s not my favourite supermarket, far from it, but I’ve been cursed / blessed with it being the perennial local supermarket wherever I’ve lived. I have issue with its contents but the music transcends. Does it matter that I’m uninspired by the quality of the produce on the shelves when the provenance of the soundtrack is second to none? I’m not even in Co-Op anymore, I’m everywhere. I’m on my last legs, I’m taking my first steps. I’m in a convertible I’ve never owned, driving off the edge of a cliff I’ve never seen. Oosh, this song bangs / Sploosh, I’m drowning.

It was a Sunday, I was hungover beyond belief. Drifting through the aisles, rudderless. Picking things up and looking at them vacantly. FFS, Co-Op Radio. Why are you playing THIS song. Pinballing from un-inspiration station to un-inspiration station. THIS close to putting down my basket and walking out, I swear. Falling down and clutching at body bags of Pom-Bears, cushioning careening Dorito dips with the bridge of my foot. Feeling too many (Walkers) Sensations, the floodgates opened starkly and were never recovered. Mission impossible.

Walking down the tinned aisle. Fucckkkk. I haven’t heard this song in forever. Sombre thumbing through the reduced section. Man at the edge of the world.

And cut a six-inch valley,

Through the middle of my skull”

Might wanna take a hot dog bun and run a something-inch valley through it but not me head, chick! Is this really Co-Op appropriate music? In almost all circumstances here, I’m what could be perceived (to an outsider!) as a sad lonely man “picking up bits” for his sad lonely tea. The way this song bangs vs the mundanity of what I’m doing is a contrast that I’ll remember forever. I can and will listen to this song on my way home, however. It’s cool.

The songs seem to resonate the hardest when I’m on my ones in here. Solitary late evening shopping. This song reminds me that frozen pizza does not, and never did, mean anything. I thought it did, until I got in here and the DJ dropped the needle and I dropped my pot noodle. I thought my life’s work led to this moment of sustenance, but it didn’t. That’s me near the Muller Corner, near the Bud Light, losing my will to shop. I’m putting down my basket and walking out.

The urgency to the way this song starts and doesn’t let up is, ON PAPER, an imperfect pairing to my heel-dragging basket-clacking dredge around my local community Co-Op. But, reader, it imparts a certain joyous abandon to my aimless voyage and lifts my spirits, and basket intake, considerably. It bangs. I came for 7 Things, but I stayed for 1 Thing.

No! Surely! Well…I’m in here for AT LEAST the next 3 minutes 44 seconds then. Because this song high-key rules. Feverishly seeking an empty aisle to flair down. Backhanding Super Noodles into my basket and bowling tins of chopped tomatoes down the promenade. A strut-forward face-caving banger that has never sounded better than it does on a Tuesday at 11am on Co-Op’s system.

Isolation heads, this live rendition of Another One Bites The Dust is maybe the best video on YouTube btw. Big Co-Op Radio energy.
—

Too many more to mention. I fantasise that the final song on Co-Op Radio will be “Been Caught Stealing” by Jane’s Addiction and the punters will tear down the empire in flash mob unison. At this point, with ravaged aisles and depleted stocks, it feels closer than ever.

Co-Op is now, bizarrely, the only place to get your essential mix alongside your government sanctioned essential shop. Didn’t see that one coming but it makes all kind of sense that Co-Op Radio is the last DJ standing. The banal supermarket setting – now heightened to supernormal status – will continue to be soundtracked by songs from the past with intensified lasagne levels of gravitas. If you thought Co-Op Radio hit home before, now is its time to melt your face.