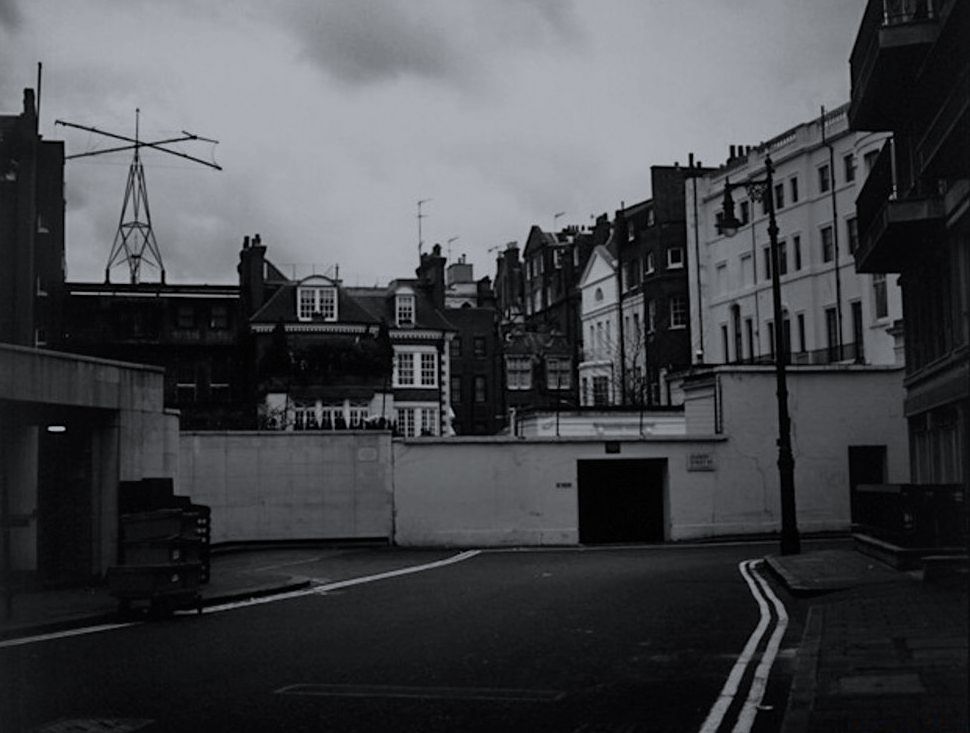 A depth charge exploration of the weirder corners of 1970’s counter- culture, Davis paints a kaleidoscopic picture that homes in on the strange – often life changing – visionary experiences of some of the 1970’s most infamous psyconauts: Phillip K Dick, brothers Terence and Dennis McKenna and Robert Anton Wilson. Discussing their weird visions, spiritual awakenings, eerie synchronicities and cranial discombobulation at the psychedelic coalface, one incident recounted by Davis immediately spoke to me – the strange ‘machine like, dry buzz’ drone that came out of Dennis McKenna’s mouth during a heroic psilocybin session in La Chorrea, Columbia.

Later describing the experience in bracing, cataclysmic terms, McKenna believed he was becoming ‘fused’ with the drone to a terrifying degree – linking with it as it amped in energy, fearing that he may become the sound, that he was ‘receiving’ it from somewhere. McKenna’s diary entry later compared the sound to a ‘signal or faint transmissions of radio buzzing from somewhere’. Indeed, it was a formative experience. Dennis McKenna soon becoming obsessed with resonance, oscillation, radio static, vocalizations and started positing all manner of outré sonic theories. Davis goes onto describe all manner of increasingly wild experiments – McKenna teetering on the precipice of insanity, attempting to metamorphosize ectoplasm (or, as he had it, ‘psychofluid’) through vocal exercises handed to him by a psychic presence he called ‘The Teacher’ (at one point he thought he could – by dent of these vocalizations – ‘rupture three dimensional space’)

Later, Davis recounts brother Terence McKenna’s forceful entrance into the DMT realm which ‘announced itself’ with a high pitched drone followed by the sound of ripping fabric and the ‘chattering of elf machines’. Crucially, he explains the McKenna brothers belief in the tryptamine dimension as an actual place, rather than mere symptom of altered chemistry; the brain akin to a radio ‘receiver’ whereby we can tune in or out to other dimensions that are indeed real, but only reachable if we oscillate to them (indeed, elsewhere High Weirdness takes in equally wild sonic theories espoused by radical outliers like George Van Tassel, a 1950’s ufologist who partially built what he called the ‘Integration’: a huge oscillator housed in a dome that would be used to generate EMF signals with the hope of resonating with – and rejuvenating – human cells).

It’s a wild, illuminating, occasionally hilarious and frequently terrifying ride and – as I read – I felt a distinct synchronicity with certain themes traversed in Monolithic Undertow – specifically resonance in relation to the universe and the effect of psychedelics on our auditory processing systems. Looking back at early notebooks, I came across a number of interesting detours that didn’t make the final cut but were – like the McKenna brothers incidents in High Weirdness – underpinned by the idea of frequency ‘receivership’, for want of a better term.

The peculiar phenomenon of infrasound is key here. Put briefly, infrasound is lower in frequency than 20 Hz, the regular limit of human hearing. For humans to actively perceive infrasound, the sound pressure must be sufficiently high (and this is where the idea of the fabled ‘brown note’ – a frequency of such depth that it can induce defecation – comes from). It can have striking, distinctly unpleasant mental effects, too. This week, I came across a note to check an intriguing paper – The Ghost in the Machine – written by the late Coventry University Computing professor  (and sometime paranormal investigator) Dr Vic Tandy. Tandy’s interest in infrasound was piqued when he began to feel an encroaching dread in his laboratory. Eventually entering a state of blind terror he became convinced that there was a figure – a grey apparition – standing in the lab. The next morning, Tandy – an accomplished amateur fencer – was repairing one of his blades and had it clamped ready for repair. He noticed it was ‘vibrating frantically’. He knew that if the blade was vibrating it was receiving energy. The question was: where from?

He soon found the cause of his unease – infrasound frequencies emitted by a large malfunctioning fan churning out a low, droning 19 hz that had formed a standing wave, bouncing between the walls and reaching a peak in the middle of the room. Researching further, Tandy found that infrasound frequencies were regularly found in cases where fear, unease or amorphous ‘haunted’ feelings have been reported in the workplace, quoting from a 1976 study where factory workers felt an ‘oppressive’ vibe in a particular factory bay and a chemical engineering department where unease and dizziness was reported by various people. In both cases infrasound frequencies from large fans were found to be the cause.

Infrasound and ultrasound (frequencies higher than the audible range of human hearing) have also frequently been deployed in the shady field of military grade sonic weapons. Notable examples include the LRAD – Long Range Acoustic Device – used by the crew of cruise ship Seabourn Spirit to deter pirates, and a mobile sonic device known as ‘The Mosquito’, which emits ultrasound frequencies outside shopping centers in the hope of deterring teenagers who, apparently, are more susceptible to ultrasound frequencies (the capacity to hear high frequencies deteriorates with age). In 2017, meanwhile, two dozen US embassy staff stationed in Havana, Cuba reported symptoms ranging from hearing loss to headaches and ‘mental stupor’. An investigation was launched and, eventually, 15 staff were pulled out of the embassy as it was feared that Havana had launched a covert ‘sonic attack’ using ultrasound. Five years later and a full explanation of the incident is still not forthcoming, with some putting it down to ‘mass hysteria’ (a singularly unconvincing explanation, given that we’re talking about grizzled diplomats in one of the most sensitive placements in the world). Indeed, a few months later, in Guangzhou China, a US government employee reported similar symptoms – ‘abnormal sensations of sound and pressure’ – which reportedly led to a ‘mild brain injury’.

Reports like these are disquieting because they affect a small group of people. It’s the targeting as much as the symptoms which cause a sense of clammy discomfort. It smacks rather of Scanners – David Cronenberg’s 1981 thriller in which a private security firm (‘ConSec’) utilize powerful practitioners of telekinesis, causing spectacular head explosions via hydrostatic shock.

In cases of ‘sonic attack’ the drone is cast as aural threat, invisible agent of unknown provenance deployed for shadowy outcomes unknown: hostile powers emitting brain wuthering subsonic frequencies for nefarious means. It’s an idea that lends itself to fiction – the mahogany prose of Len Deighton or Frederick Forsyth or Ian Fleming, the world of attaché case and tuffled leather door.

Indeed, there is some leyline connection here to the world of Numbers Stations. Shortwave radio stations transmitting coded messages to operatives in the field, Numbers Stations have been a worldwide phenomenon since WW1, though no government has officially admitted to operating one. Usually consisting of a synthesized voice reading a stream of numbers – encoded messages that make no sense to anybody but the recipient – they are often bookended by eccentric audio signifiers. One of the most famous was the so-called ‘Lincolnshire Poacher’ that broadcast from somewhere in Cyprus from the mid 1970’s until June 2008. Messages transmitted on the station were audio ‘stamped’ at either end by a tinny passage from the folk tune of the same name.

In security terms, they are extraordinarily effective: they leave zero digital ‘footprint’, making it impossible to tell who the recipient is. Likewise, the one-time pad encryption system – whereby the recipient consults a paper pad to decode the message just once, to be discarded for a fresh key every time – makes them practically unbreakable. Numbers Stations have long enthralled hobbyists, shortwave geeks and lo-fi tinkerers alike. They provide thrilling entry to a hidden world, the metallic drone of meaningless streams of numbers underpinned by the knowledge that – for somebody out there – it could mean life or death, incomprehensible to anybody but the chosen one.