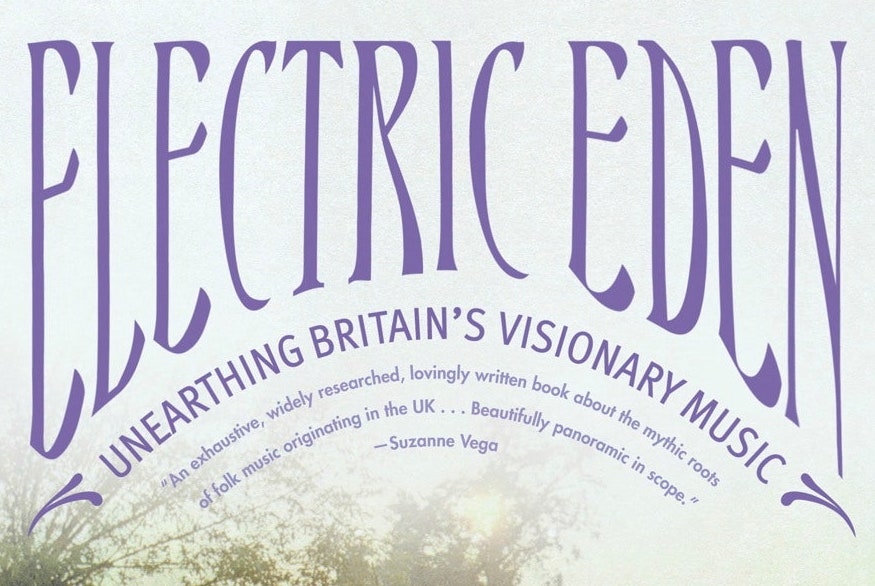 Hack a path through the briars and push open the gate. The creak is a music that wakes the dead and gives them permission to keep haunting us.

Almost ten years ago now I published a book at Faber and Faber called Electric Eden by Rob Young.  Its subtitle is (as far as subtitles go) unusually useful: Unearthing Britain’s Visionary Music. It has always been interesting and instructive to me that Rob and I deliberated for some time at the end of the edit over whether the subtitle should say ‘England’s’ or ‘Britain’s’. Of course, the very act of pausing and questioning something like this, when the book’s landscape is overwhelming English folk music as it reverberates through the 20th century, says something about how insecure we are, as Englishmen, about our present collective identity and how it relates to our folk history. What does England say or imply? What were we cautious about? Why is Britain a ‘safe’ message while Englishness sends the wrong signal? Perhaps arguments for another day; certainly conversations and dysfunctionalities that have been brewing for the best part of a century now on these Isles. We didn’t realise at the time, just how Brexit this all was.

The book, like a handful of revered and weighty music books that dare to take a deep dive into history and make intuitive connections (Lipstick Traces by Greil Marcus comes to mind), has become a classic; a treasure trove of music, occult historical narratives, eccentric individuals and pagan archetypes peculiar to these Isles. The 1st of May and our present circumstances, seemed like a good moment to remember a book that celebrates traditions of anarchy and subversion that have manifested themselves in multiple forms of play and performance over hundreds of years in this country. Today the village greens are silent and the Maypoles are forlorn. The Obby Osses are collecting dust in the cupboards and the electric lyres have been unplugged. So we asked Rob to do us a 23 track playlist for Social Gathering to fill that vacuum with the music we conjure when we think about British folk traditions and our collective folk memory. Here it is.