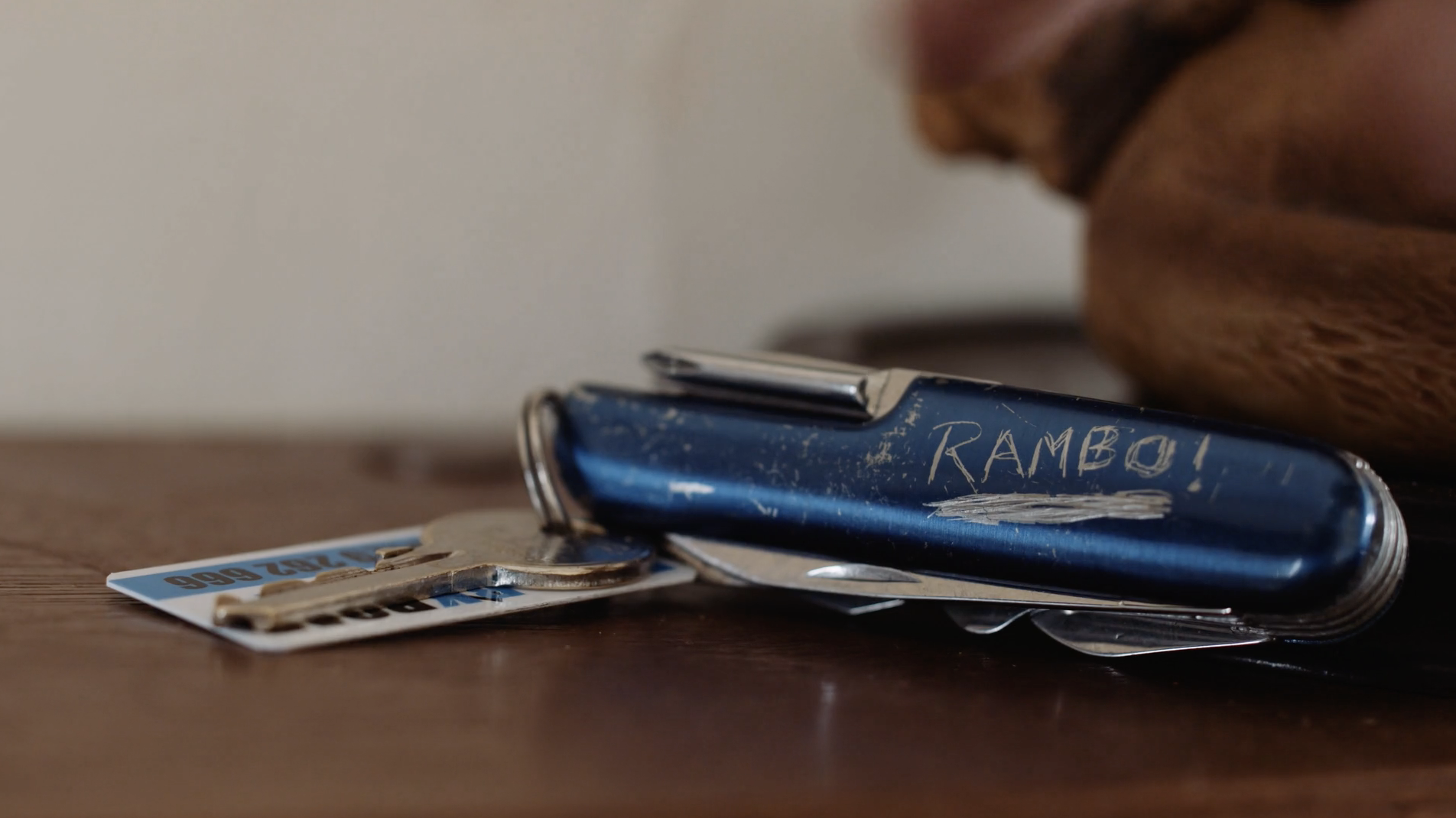 White Rabbit: I’m assuming the film is set in Hartlepool judging by those accents. When did you first come across Rambo?

Maxy Bianco: Yes the film was made in Hartlepool. Myself and Michael Smith had been developing the idea for the films on paper for a preposed series of short films for Channel 4 called, Hunters of the Hinterlands. Ferreting with Rambo  was the pilot. I had already made a few things with Sucker, I’ve got hard drives full of footage of him up to no good, all forms of poaching, egging, mushroom picking, but Sucker doesn’t keep ferrets. One day Sucker said to me, when I go ferreting I go with me mate Rambo, after I picked myself off the floor and stoped laughing, the film more or less made its self.

WR: Do you think there has been a rise in this kind of ‘living off the land’ in this part of the northeast in the past decade or so?

MB: Yes there has  been a rise but I don’t think its as much economic. I think it’s more of a rediscovery of strange subculture, an artisanal approach to life, and the nobility of a life more in tune with nature than most of us in our rootless 21st century drift will ever know. I think it’s really interesting that Sucker and Rambo are like homespun eco warriors, and that Rambo longs for isolation. While I was stood two meters apart in a queue at Tesco this morning, Rambo and Sucker are out there catching their fucking own dinner, so who’s the daft cunt?

WR: How long did you spend filming with Rambo? How was he regarded in the local community?

MB: The community around him really respects his skills like some sort of picaresque hero, maybe parts of the wider community has a more standard tabloid conditioned  response, but fuck them. I spent a fair amount of time with Rambo, getting to know him and filming. When you try to capture theses things, there’s always the day you don’t catch anything, the day the wind isn’t right, or the day the security at nuclear power station owned land gets on top, all good days, always a laugh.

WR: You grew up in Hartlepool in the 80s and 90s. How much has it changed? What is the mood of the town these days compared to, say, thirty years ago?

MB: I think Hartlepool is in the same boat as many other small towns, the obvious things like the decline of traditional industry, that has brought social economic challenges over my life time. Some of the local politics have frankly been a shit show! I’ve personally been quite hurt by some of the decisions the town has made, and ashamed by some of the people that have been chosen to lead it. In recent years we’ve seen some serious green shoots around the development of a culture district, people are saying ‘fuck it’ and have started getting together to plan culture as a community. We are staring to see little studios bubble up and the really sweet stuff like micro breweries, cool little bars and restaurants.

WR: Do you have plans to make any other films in the local area? Your now near-mythical, legendary film, The Can House, had a mixed reception in the town (as did the house itself). How do you think people in the town view your art?

MB: It’s probably not been the thing to talk about people in terms of artists or filmmakers here, I still get people referring to what I do as ‘your little hobby’, but things are starting to change and I think some people see my work online as some sort of odd local TV channel, I’m really proud of that. The Can House did get a mixed reception in town, but the house pulled people here from all over. Phil would get people visiting the house from all over the world, people on some sort of folk art pilgrimage. For a wile we lobbied to get the house turned into a permanent shrine, it could have been a bar, or even better a brewery, but everyone thought I was mad. In terms of new films I’ve been developing a hybrid idea that exists in the overlap between drama and documentary, using real settings and real characters with actors and script. I hope to get back out after the pandemic to shoot a proof of concept short later this year, and then develop that into a longer film.