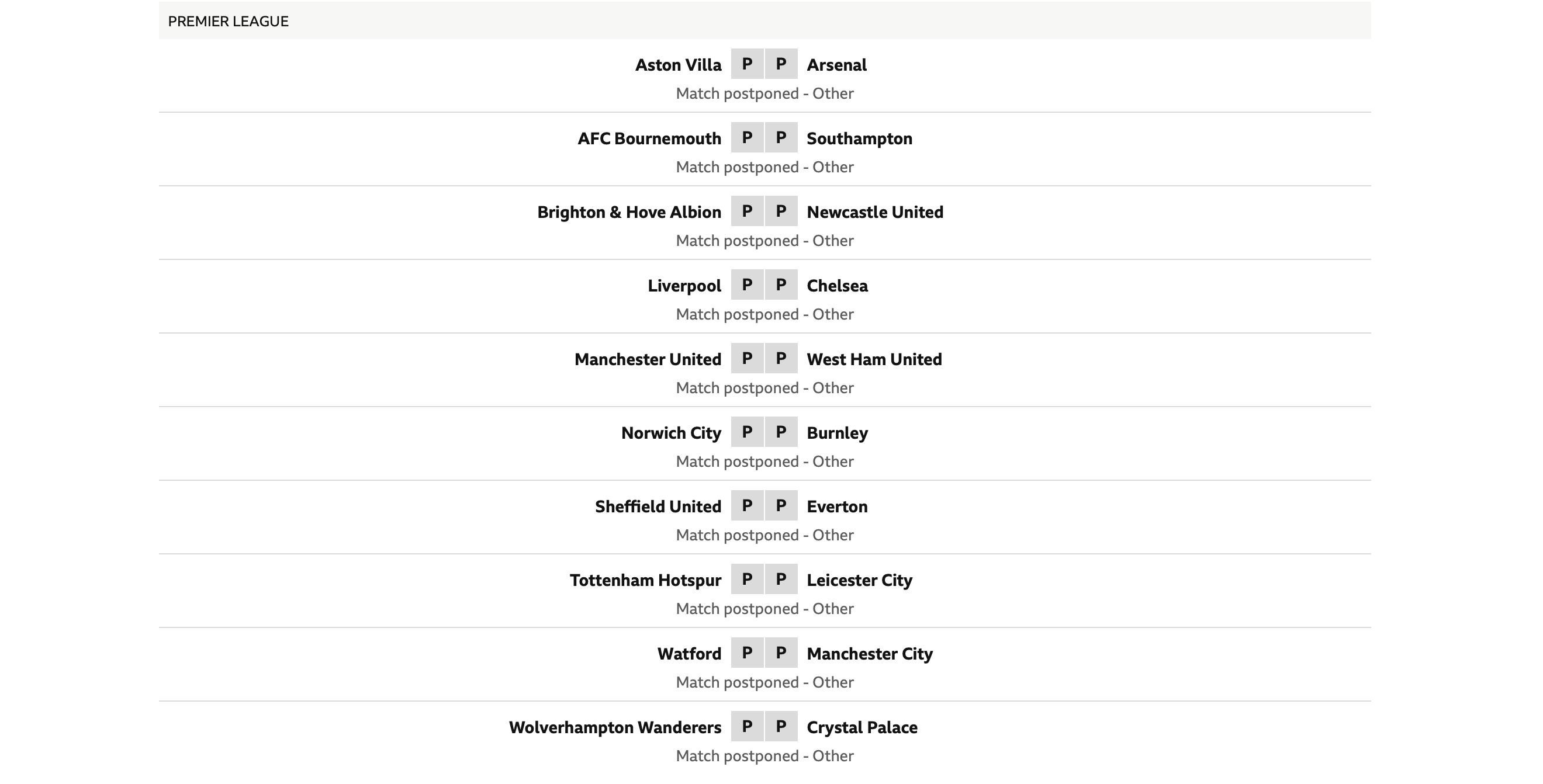 I’ve finally had it with the footy. I don’t even know where to start, 30 odd years with a Liverpool season ticket but fuck it, it’s gotta go for good. It’s hard to write this. It’s like finally accepting that the girl you fell in love with decades ago and that you thought you’d grow old with has been banging everyone that you hate the whole time. It’s time to let go.

Where to start? Do I go on about how the affair started, and write a load of trite wank you’ve read before about jumpers for goalposts and Kenny Dalglish? The high points? I mean even the last couple of years have been ridiculous, in terms of amazing explosive matches, but you saw all that on the TV. The low points? I was in the crush at Hillsborough, and even though I spent the next few years with my head in a bass bin pouring a layer of acid and booze on top of all that horror, something drew me back in. Maybe the ritual. The quasi-religious act of meeting your mates and heading up to the church. The psychic fireworks that go off here and there. I get what I love about the game. That tribal joy. The laughs, drinks, the six crazy minutes in Istanbul, last year’s comeback against Barca, smashing up Man City’s bus. So… what’s not to love?

Loads. For a start, if you didn’t get hooked on this crack when you were a kid, is there any way that you would now? The whole concept today is ridiculous. I get it in the context of one village that you live in playing against another that you’re rivals with. I envy Ireland their GAA, they still have it. But this bullshit? A load of dickheads from every corner of the planet who’ll drive up to the ground, often situated in the most abandoned postcodes in Western Europe, in their million quid cars, pretend they love the place for exactly 2.5 of their 5 year contract before they start sulking and saying they’re treated like slaves. These are the dudes you let determine your mood for weeks on end. Even more, they’re the icons of something ambiguous that you adore. Grow up. Most of them are wankers, and so are you.

Then there are the owners. Football message boards and football twitter, themselves enough reason to self-immolate in the centre circle at Wembley, are always full of people loving / hating / supporting / moaning about their club owners. Why? You don’t get a say in who they are or how they act. You get what you’re given. Newcastle fans can’t get rid of Ashley, and even if he does leave he’ll be replaced by the organiser of 9/11, who will be welcomed with open arms (not the type our govt supply him with) as long as he spends a fortune on more dickheads. Look at Man City fans fall over themselves to defend their pariah state ownership. Liverpool are owned by hedge fund managers who caused the 2008 stock market crash, and they basically stole the club. They brought us Klopp so aren’t they lovely? No, they’re not. Look at the Dildo Brothers at West Ham. Every single club is now an odious billionaire’s vanity project. None of them care about the abstract culture of the club that they happen to own, not unless it can be monetised. It’s just a dick waving contest. An oligarch got sick of pulling his billion quid yacht up next to an even bigger one owned by a sheik, so he bought a football club and won a Champions League, and then so did the sheik. Now you speak to people about football and within minutes the talk is about ownership and who’s got the biggest pockets. It’s fucking awful. Shut up. You may as well support Amazon or Google as support Chelsea or Man City.

And look at who pumps all this joy out into our faces. Rupert Murdoch. The man who conspired with Thatcher to blame me of killing my mates and pissing on their corpses ended up with the spoils when the game was rebranded for the lad mag era. I don’t get how we’re not meant to Buy The Sun, but it’s ok to give the same reptilian ballbag 50 quid a month for a TV subscription. The whole thing stinks. Sky, The Premier League, The F.A… don’t even get me started on International football. Everything from John Terry to Sepp Blatter to busloads of inbred morons from the shires with their shitty flags and songs and Oh Tommeh Robinson bullshit. Get fucked the lot of you. If you bought a blue waistcoat during the World Cup you’re on a very special list.

The FBI nicked thirty – three zero – FIFA officials and received guilty pleas off 23 for accepting bribes, and we still ended up with world cups in Russia and Qatar. Football is a snakepit filled with the most corrupt shitheels on the planet. Everyone knows it but nobody seems to be arsed. Trump and Boris probably looked at FIFA and thought, fuck it, that’s how you run a country. Murdoch takes the billions he makes from what was our sport and enables these scumbag traitors via Fox and News International. Never mind the all the billions wasted in this mess, what about the talent? What’s the point in Klopp using all that charisma, strategic ability and leadership to cheer one little group of us up while enriching all these leeches? He should be off saving the planet. Like I say, I’ve had enough.

My mates, they say chill out and enjoy the game. I do still love the actual sport, but then all week I’m sent links to blogs and podcasts by dickheads who know nothing, there’s pundits talking crap about transfers that will never happen, there’s ex-players trying to decipher a game that they didn’t even understand when they were playing it, and we’re onto another reason to hate football. Absolutely all of the coverage is shit.

Most sports journalism reads like the meanderings of an incel watching porn. Whether it’s the bullshit on the back of the red tops making stuff up for people to argue about in pubs, or the 18,000 word essays about the Brazilian second division in The Athletic. It’s all written by kids who grew up wanting to be players, were last pick in school 5-a-side, academics who would love to have been good at the game but instead subject us to homoerotic think pieces that try to convince us and themselves that the morons they idolise are exhibiting genius. They’re not. What’s actually happening in Rooney’s brain isn’t pretty. When he turns in a millisecond and finds a man forty yards away with a pass that no one else predicted, he’s displaying the thing that would have seen him garrote an entire village without thinking, it is a predatory instinct, not to be confused with the works of Beethoven.

There was at least an entry level amount of competence to end up writing shit for a paper. Someone had to like your CV and something you wrote. This low bar has been removed in the age of the podcast, and the youtube channel. Any and every dickhead now has one. You can’t walk around a ground without seeing these self important clusters of idiocy trying to film some daytripper’s hot take on the unknowable shit that’s about to happen, or the absolute opposite ninety minutes later. This is an industry now, the ambulance chasers of youtube, hunting down likes and clicks to fuck knows what end. The wizard is revealed and the curtain is covered in spunk.

Now we’re on lockdown in the pandemic, and despite the hell that so many people are going through, football is again under the microscope and showing the very worst side to everyone’s humanity. Whether it’s Matt Handpump scapegoating the entire game, relegation threatened teams screaming for the season to be scrapped, promotion hunting teams wanting the season sorting now. Can’t you see? That your decisions are being made for you by a cult you wandered into when you were too young to know better? That you may as well be chanting from different nonsensical ancient texts and hoping it makes sense to whoever you’re arguing with. As for Liverpool winning the league, what’s the point if there’s no party? What’s it all for? What’s the point? Don’t think too hard or you’ll get it. There isn’t one.