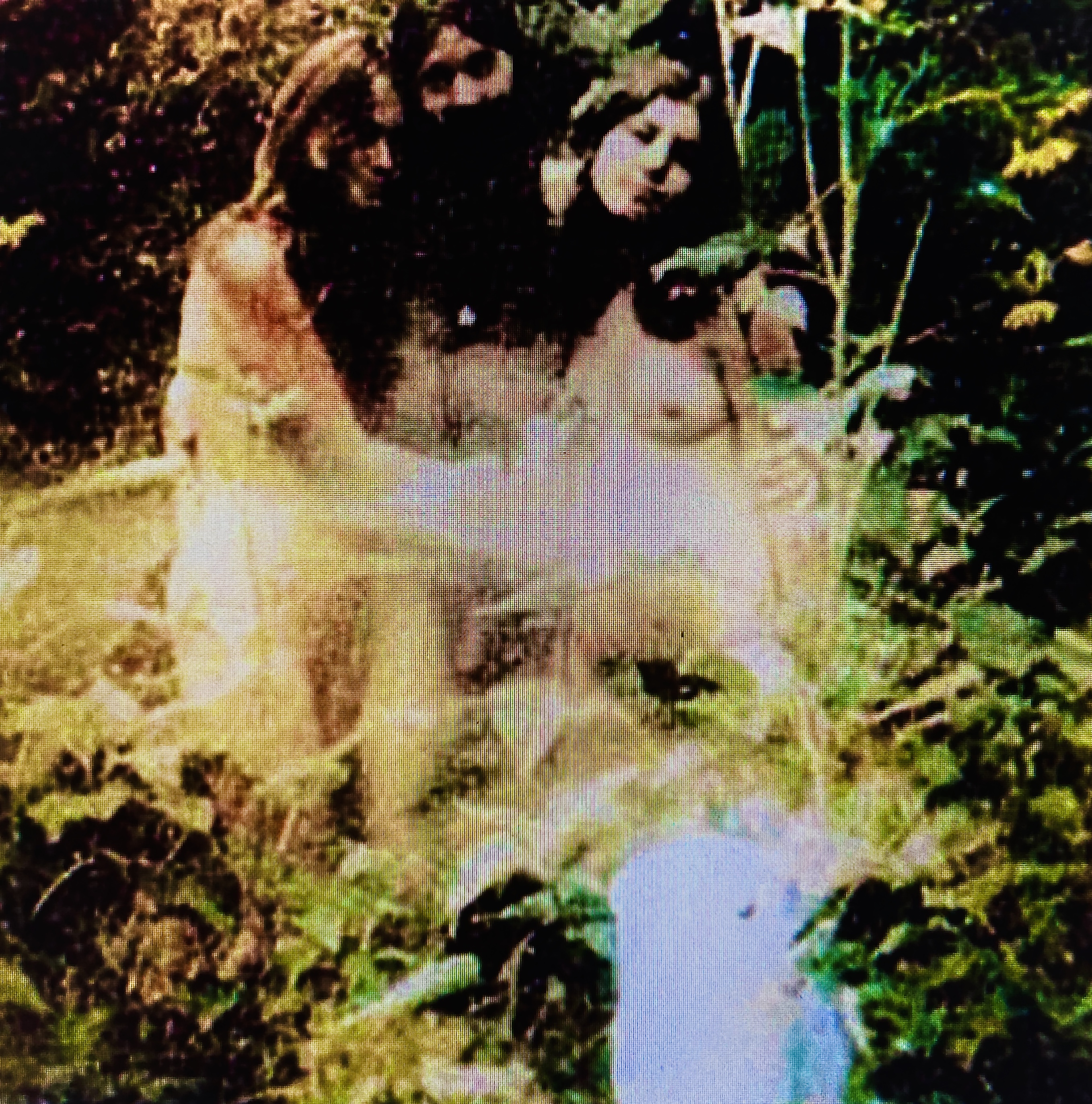 I first saw The Snork, I used to pass him regularly, when I was de-mobbed to Greece, and I maintain it was him, even though the timeline is improbable and he denies it himself, but who could forget that face, every day, in a square in Plaka, I think it was, stood there, motionless, that face and with his old military ID held out to passers-by, so that they could see what he looked like as a boy, before this new face had taken over, so that now his features were obscured by what looked like an octopus that had half-swallowed his head and left him with one eye and barely a glimmer of a mouth, inspiring terror and fear and sympathy and heartbreak, every day, in the baking sun of Athens where you can’t even look up at the sky; it was The Snork, I’m now convinced.

I was a record collector, and a bootlegger, and I would travel across Europe, thanks to my job I had a visa and could come and go, plus I had access to a vinyl pressing plant outside St Peters where I pressed up my own copies of the kind of serious psychedelic shit I would pick up on my rounds, my government rounds, it is true, but I ploughed all of my money into keeping the serious heads in Russia happy, and if you scored one of my editions back in the day, well, you know how much it meant, in Russia, this Tim Buckley LP, the first three SRC albums, and yes I was the first person to put out The Shaggs, and so I started my own jazz bar with five seats, and with psychedelic vinyl on the walls, and tunes spinning, and you could smoke in there, and enjoy a coffee or a beer and talk freely, the jazz cafes of St Peters in the 70s and 80s, man, and so one day this serious head named Coyote (whose real name was Andrey Andreyevich Andreyev but who had changed it on account of having some kind of unfortunate association with a notorious Communist Party headcase), said to me, man, you gotta meet this guy The Snork, he said, he is heavy into this exact same shit, he said, this dude is the real deal, only but he’s hideous, he said, is the only thing.

He has this face thing, Coyote said, like his face looks like a squid in a shopping bag, he said, though we were listening to a new boot I had cut of Trout Mask Replica, so some of this dialogue may have been getting confused; the first edition ever, I might add, in Mother Russia. And I said to Coyote, man, I’ll never forget this guy who had that exact same squid for a face thing standing begging in a square in Greece after I was de-mobbed there, I said, and Coyote said, there’s one in every town, probably, he said, and he shrugged, but I told him I had never seen anything like that in St Peters and he said, well, what about that guy with the spider’s web tattoo across his bald head and with the tattooed eyes on his eyelids who you always see sitting cross-legged on a piece of card down by the river, and I said, that’s self-inflicted, and besides, I said, he’s dead, they fished him out of the frozen river months ago, and Coyote said, wow, I hadn’t heard, dead, huh, and then he said, you know The Snork is bootlegging weirdo vinyl too, he said, only on cassette? I shook my head, I need to meet this amateur, I said to him.

When I saw him it was him. It was The Snork. He came down the stairs into my bar, which was called The Third Mind, for reasons that were a bit religious, and he almost fell down the three steps, and then when he got to his feet he just took a seat at the bar and he said, what Tim Buckley records do you have? Shit, there’s no small talk with this guy, I said to myself, and I recognised him completely, the same guy I used to see in Athens, back when I was first travelling around Europe, and so I said to this guy, this guy whose flesh was really pale, like a squid but with all its organs lit up, and on display, I said to him, did you used to live in Athens, and he said, do I have Live in Athens? Do I have Live In Athens? he repeated. No I fucking do not have Live In Athens, he said, but I fucking well need it, he said. Was it recorded on the ’68 European tour? Who knew Greece was on the itinerary, he said, and he shook his mad head in disbelief. Tell you what, I’ll trade you, he said, all in this muffled voice that you could barely make out, and all the time he is drinking beer, half of which is running down his face, and he’s saying, this beer is sour as shit, he’s saying to himself, while he’s offering to trade me bootlegs, you need some Sky Saxon in your life, he is saying, and before I can say to him, what an amateur, I bootlegged all of the Seeds’ albums donkey’s ago, he says, but I’m not talking about The Seeds, my friend, The Snork says, and he leans in to look at me with his one good eye, I’m talking about Sky ‘Sunlight’ Saxon featuring Ya Ho Wha 13. Father Yod’s crew? I asked him. I was incredulous. The very same, he said, and he whipped out this original 8-track cassette by Fire, Water, Air called Golden Sunrise from beneath his jacket like a cloak, and all four of us in the room gasped, and I was sure it was the same guy I had seen in Greece all those years ago, that we had crossed paths at a distance, once before, and then I had to break it to him that Tim Buckley never recorded an album called Live In Athens after all, that he had misheard me, and although he was gutted, when I gave him the Jackson C. Frank album on vinyl, he was more than made up about it. Years later he opened Snork’s, obviously modelled on The Third Mind, only but then he broke the Xstabeth records. The last time I saw him he told me at this point he was so far underground, he was basically a mole.

Pre-order now from Waterstones, Amazon, or your local independent bookshop to access an exclusive digital prequel.