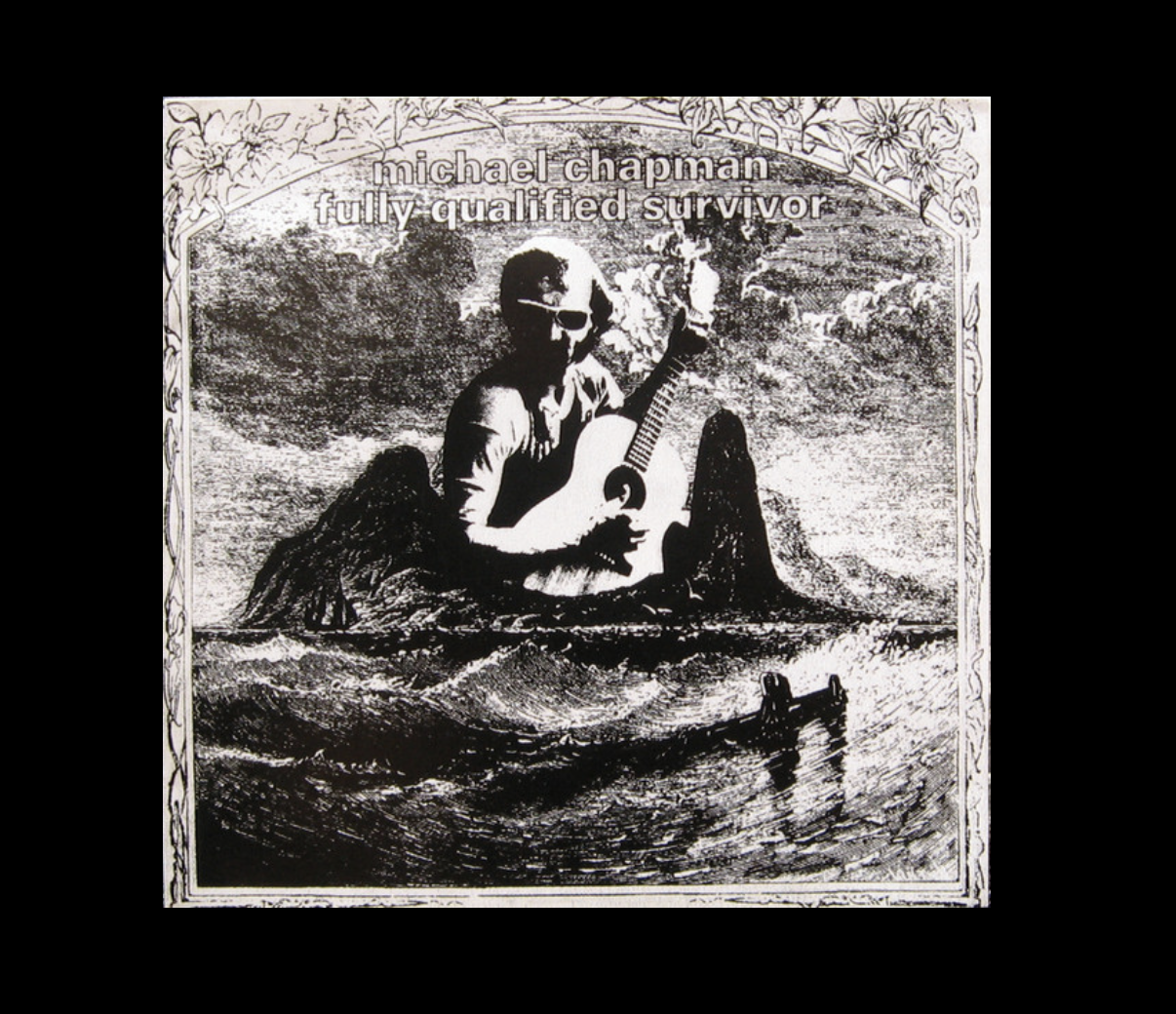 “And so I’m saying goodbye, although God knows I don’t want to…”

I’ve listened to no-one’s music more over the last ten years than the Leeds-born guitarist and singer-songwriter Michael Chapman, who died last week at the age of 80. Of all the great guitar players who plugged themselves into the energy of the blues in Britain in the early/mid-1960’s, Chapman’s career path was the most serpentine and enigmatic, but there was absolutely no bullshit about him. And while his name lacks the global recognition factor of, say, Jimmy Page or Keith Richards – or Bert Jansch or John Renbourn come to that – his back catalogue can (and will continue to) hold its own with those of any of his more celebrated peers.

After teenage misadventures supplying the live soundtrack in Soho strip-clubs and some bruising early encounters with John Lee Hooker (as, briefly, leader of his touring backing band), Chapman turned fully professional by singing for his supper in a series of cramped Cornish folk haunts in the summer of 1966. While it’s the run of four Gus Dudgeon-produced albums he recorded for Harvest from 1969-71 that form the obvious core of his canon (1970’s Fully Qualified Survivor having been identified by John Peel as his favourite LP of that year – a considerable compliment given the competition), his subsequent Deram recordings and later explorations of post John Fahey instrumental dreamscapes yield just as many riches. I particularly love 2012’s hypnotic side-long instrumental suite Pachyderm – that album will always be the elephant in the room for me.

To call this bluff Yorkshireman a Zelig-like figure would be to imply that he had no impact on events. In fact, from lending Jimi Hendrix his guitar at Soho folk epicentre Les Cousins, to giving Mick Ronson his first break (before driving him into Ziggy Stardust’s clutches by refusing to hire the rest of his band), to inspiring the entire illustrious career of Sonic Youth with a single instrumental coda at the end of 1973’s classic ‘New York Ladies’, Michael Chapman’s influence has been as far-reaching as his endless tour itineraries.

His ethereal snapshot ‘Kodak Ghosts’ may have been cited as often as Spirit’s ‘Taurus’ as a possible inspiration for Led Zeppelin’s ‘Stairway To Heaven’, but if Chapman felt any bitterness about the various ships that stubbornly refused to come in over the years, you wouldn’t have known it to talk to him. Not so much a man of few words as a trenchant conversationalist, Chapman was a deep thinker about music and other matters, who in later life enjoyed playing the role of mentor in the often turbulent lives of younger musicians like the great (albeit sadly short-lived) Jack Rose. The tireless shape-shifting of Michael’s muse may have cost him dearly in commercial terms, but it stood him in good stead for his twenty-first century reinvention as the eminence grizzled of a new generation of weather-beaten guitar adventurers like Steve Gunn, who produced his excellent 2017 album 50.

“The folk process is theft, the jazz process is… ingenuity!” Chapman told me with a boozy flourish in the course of a Mojo interview at his suitably craggy home in Haltwhistle, Northumberland, shortly before that album’s release. I’d had the idea of writing a book with him for some time, but wanted to be sure he was as lucid and pungent a talker as his between-song monologues suggested.

At the conclusion of an anecdotal magic carpet ride from the black jazz clubs of Leeds’ Chapeltown in the ’50s to David Bowie and Elton John via Nick Drake, Philip Larkin (with whom he argued vehemently about jazz), and a compelling deviation into the Black Panther hinterland on tour with Cannonball Adderley, the project had a definite green light. At least, it did in my mind – a reputable publisher would take a bit more convincing.

By this time Michael Chapman had sworn off the spirits, whose beneficial impact may have been questioned by anyone who saw him play in his wilderness years, in favour of red wine, which as everyone knows has no alcohol in it. Nonetheless this was still the only interview I’ve ever done whose conclusion required the attendance of a paramedic.

Both of us getting out of that evening alive seemed like a good omen, and Michael’s thrillingly detailed recall of an electrifying late-fifties Muddy Waters performance appeared to bode well for the collaboration to come. We took our working title Playing Guitar The Easy Way from Michael’s guitar instruction album, recently reissued by Light In The Attic, and planned to collate half a century’s worth of accumulated road wisdom. The future was as clear as Electric Mud.

Over the next few years we met up to talk about the project whenever Michael played a show near my home – at Cafe Oto, the De La Warr Pavilion, or with his friend the Israeli superstar Ehud Banai at Lewes Con Club. While it soon became apparent that Michael’s laconic stage banter was not as off the cuff as it might have appeared, the combination of his meticulous but never fussy guitar-playing and his endearingly gruff vocal style never lost its freshness. He did, however go cold on the idea of writing a book about his life – largely, it seemed, because he was still too busy living it to be arsed. Or maybe because the grain of his redoubtable character was so clearly discernible in every note he played or sang that there was nothing else that needed to be said.

Ben Thompson is a ghostwriter and music journalist.