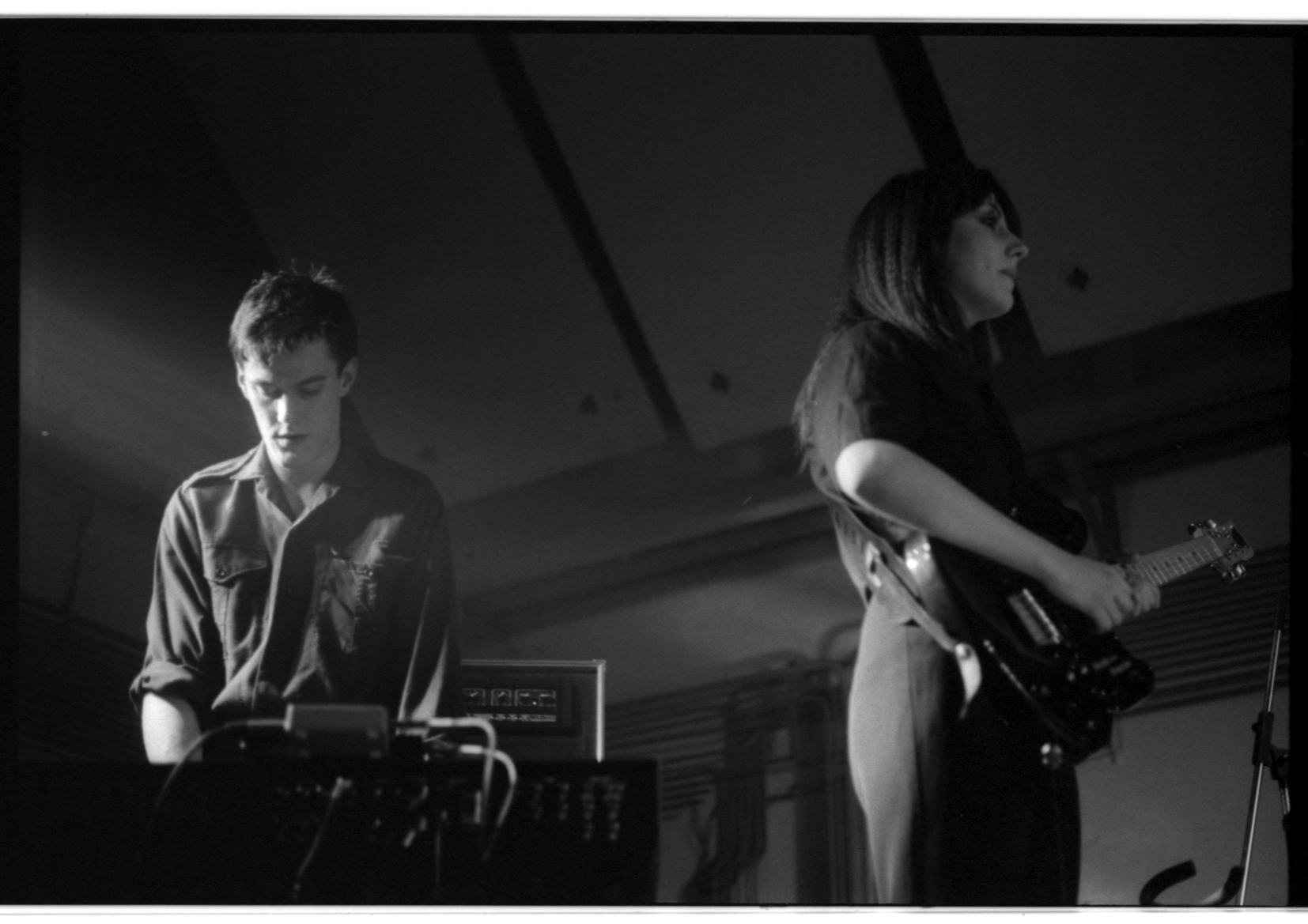 In keeping with the wider-held traditions of Macclesfield, my longsuffering girlfriend Gillian had been working at Halle Models’ lingerie mill as a machinist while continuing to sell children’s clothes on her parents’ Wythenshawe market stall at the weekend.

The Gilbert family had moved to Macclesfield from Whalley Range in 1964. Dad Leslie, mother Florence, and daughters Gillian, Julie and Kim entered 61 Gawsworth Road at the same time as I was in the early tentative throes of Beatlemania, just around the corner at number 122. I was so enthralled with Batman comics and Airfix glue at the time that I never noticed their arrival.

Les, who had been a merchant seaman, now worked in ‘contruction’ – an artist in the use of bricks and mortar. Florence was also a machinist; she knew her way round an overlocker, a skill much in demand in 1960s Macclesfield.

Gillian and her sisters were educated at shiny modern Broken Cross Primary. I meanwhile got my schooling done at Christ Church with its coke furnace and hymns.

Gillian’s eleven-plus sent her to Tytherington Secondary Modern School, where her artistic inclinations soon earned her a promotion to Macclesfield High School for Girls. This was the female equivalent of King’s School, the former place of higher learning of both Ian Curtis and myself. Though at the time I was ignorant of that fact.

Ian left with qualifications, in the form of O levels.

I got the boot at 14 for my fondness of illegal drugs.

It was while at high school that Gillian came across my sister Amanda and, eventually, me. Gillian’s further education continued at Stockport College.

After finishing her HND in art and business studies at Stockport in September 1980 she was thinking about enrolling for another year’s studies while filling in time at the mill.

On paper, Gillian was overqualified for the job of joining New Order. Five O levels and an A level – an A LEVEL! I might be wrong, but I don’t think the band had a single A level between us.

Gillian Gilbert was a busy girl. She made me look uneducated and bone idle.

We’d been going out together for over two years, which made us an item of sorts, and Gillian had been to enough Joy Division gigs to get a pretty good idea of what she would be letting herself in for with Bernard and Hooky’s Salford ways.

Our social interactions were either gig-based or, failing that, took place in the not-so-quiet corner of the pub next to the Space Invaders and the fruit machine, before adjourning back to chez Gilbert for a spot of supper and a clean-out of Gillian’s pet hamster’s cage. He went by the not uncommon name of Hammy. Which coincidentally had also been Ian’s nickname at school.

That night, over a lager and lime, I did my best to be charming and asked how she might feel about Rob’s brainwave.

As an ex-member of a short-lived punk band – the Inadequates – Gillian was keen on the idea. The allure of music played in dingy, sweaty clubs is strangely irresistible. She began planning ahead and thoughts turned to blowing the dust of her somewhat inaccurate copy.

‘Wonder where I put that guitar?’

Rob called a band meeting in the top-floor flat overlooking the railway line in Chorlton that he shared with his partner Lesley.

Our warm-up chit-chat mostly revolved around the subject of who was still suffering the worst after-effects of the American trip and the anticipation of nice new shiny replacement gear. There’s always a silver lining.

Before long, Rob began easing into the subject at hand like some Agatha Christie or Conan Doyle detective on the verge of cracking a vexing case.

He continued, ‘Er, where was I?’ before the whistling kettle in the kitchen provided a more urgent distraction.

Returning with brews in hand, Rob started again, ‘Oh, yes, like I was saying, I’ve been thinking and …’

Slowly, slowly, after a lot of skirting around the edges, joint rolling and tea brewing, Rob got around to making his case that perhaps someone could be brought into the band, not to sing, but to play guitar and keyboards instead.

He went about it mainly by smoking a lot more dope and trying to ac-cent-uate the positive benefits of this plan as much as possible.

‘I reckon it’d be a good idea to get someone else in. That way you lot can concentrate on the, er, singing . . . if you could call it that. Hey, Hooky, have a go on this. It’s good stuff . This’ll sort your jet lag out.’

Peter Hook, never a fan of the smoking of weed, for once reluctantly acquiesced. For Rob was correct: it was indeed good gear, and an outbreak of mild hysteria was starting to take over.

Rob’s suggestion was met with laughter and some incredulity.

More laughter from Bernard and Hooky at the sheer off-the-wallness of the idea, and at the astonishing suggestion of getting a female involved at all. We had only recently escaped the 1970s, remember.

It was obvious something needed to change. At the few gigs we’d done there’d been an awful lot of instrument juggling going on – with me occasionally swapping drums for keyboards, coupled with the fact that none of us could convincingly sing and play at the same time. Gillian’s involvement could potentially solve a lot of problems.

I should perhaps explain a little about the average New Order band meeting. The purpose of these occasions was obviously to make some resolution, to reach a decision: to discuss and weigh up the options, then vote and produce some sort of agreement.

The trouble was that we weren’t that good at making decisions. As time went on, we would get much worse.

Back then, youthfully indecisive, we would either agree with Rob or, at worst, say we’d think about it and then have another meeting, putting the thing off for as long as possible in the hope that it would either sort itself out or get forgotten about. If not, a show of hands would be the decider, with Rob having the casting vote in the event of a tie. An unlikely outcome now that we were three.

What Rob was suggesting was going to put me in a potentially tricky position. I had come to the conclusion that my opinion on this matter could be viewed as a ‘conflict of interests’ or, more accurately, ‘Damned if you do, damned if you don’t.’ Maybe I was ducking the issue but I thought, in a futile attempt at remaining blameless, I would be better off remaining impartial and just letting Bernard, Hooky and Rob decide. My hedging of bets would become dangerously habitual.

By this time Rob’s flat had become thick with the pungent fug of a homegrown haze. Stoned-ness was taking hold of everyone present.

‘Well, she’s your girlfriend, Steve, what do you think?’ asked Rob, as he batted the ball back into my court.

I tried out a suggestion in what would become my normal fencesitting manner.

‘Well, why don’t we give it a try? If it doesn’t work, it doesn’t work. I won’t be very popular in the girlfriend department but at least we’d have had a go.’

The clincher from Rob and his usual last word on most things: ‘Well, has anyone got any better ideas then?’

We all knew the only answer to that one.

Motion carried, on a strictly trial basis of course.

Then there was the question of how the other girlfriends would take the news.

‘Well, are you going to tell my Iris then? Eh, Rob?’ asked Hooky.

‘Oh yeah, and what are you going to tell Lesley, Rob?’ was Bernard’s considered response.

The steaming kettle whistled again in the kitchen.

Think positive, I told myself. After a chain of negativity this could be a step in the right direction.

I began to fret about how best to formalise this proposal with Gillian’s parents. For instance, was I supposed to have the man-to-man chat with her father outlining the band’s prospects and asking permission for the use of his daughter’s hands in unholy guitar racketry?

For better or worse, that sort of thing?

Fortunately Gillian’s parents both had a fairly punk attitude to life and the bended-knee bit was never required.

To the casual observer, Gillian may appear the shy and retiring type.

Do not be deceived. I had seen her engage in disputes with bolshy cloakroom attendants that have turned distinctly nasty.

Take it from me, she can give as good as she gets. Asking her to check in her favourite Chinese blue satin jacket at Macclesfield’s Krumbles nighterie was asking for trouble.

The poor cloakroom attendant was stunned by the emphatic rebuttal:

‘No, you’re not getting your hands on this! Sod off !’

You’d think she’s been asked to remove a leg.

Not always the quiet wallflower you’ve been led to expect, our Gillian.

Gillian claimed to have met Yuri Gagarin. The first man in space. Wow. I had been an infant space enthusiast and the fascination still hadn’t worn off . Her story was backed up by her mother.

The encounter had happened in Wythenshawe back in 1961. Which made Gillian a babe in arms at the time and, as for ‘met’, it was more like ‘waved at from a distance’. Still, it was closer to space than I’d ever been.

In the Gilbert house on Gawsworth Road, surrounded by denim off cuts, well-worn sewing machines and mountains of thread, Gillian excavated her sister’s genuine Bontempi organ from its under-the-stairs cupboard of neglect. Blowing off the dust, we coaxed it wheezing back to life and began to do some homework. Once I found the key widely held to be middle C we were in business.

I demonstrated what I thought the keyboard parts on ‘Truth’, ‘In a Lonely Place’ and ‘Procession’ were. My renditions were not met with entirely uncritical approval.

Well, I was doing my best.

Gillian put some new strings on her Inadequates guitar, which honestly didn’t improve it, and we were set.

The first rehearsal we had together at Pinky’s, our crumbling Salford rehearsal room, was another one of those cautious, eggshell-walking, first-date affairs. Despite knowing Gillian well, both Hooky and Bernard were uncharacteristically polite and tried to refrain from coarse language.

And farting, even more of a challenge.

A bit late-seventies sitcom, I know, but an icebreaker none the less.

‘You’ll have to cut your nails, you’ll never be able to play guitar with nails like that.’

Gillian was naturally shy and understandably nervous. I felt like a go-between or translator, a bit uncomfortable.

It didn’t, of course. Though it was certainly awkward at times.

Rob turned up later and good-naturedly took the piss out of Gillian and the rest of us for being coy. Rob was very even-handed in his piss-taking.

Fast Forward – Confessions of a Post-Punk Percussionist Vol.2 is out now!