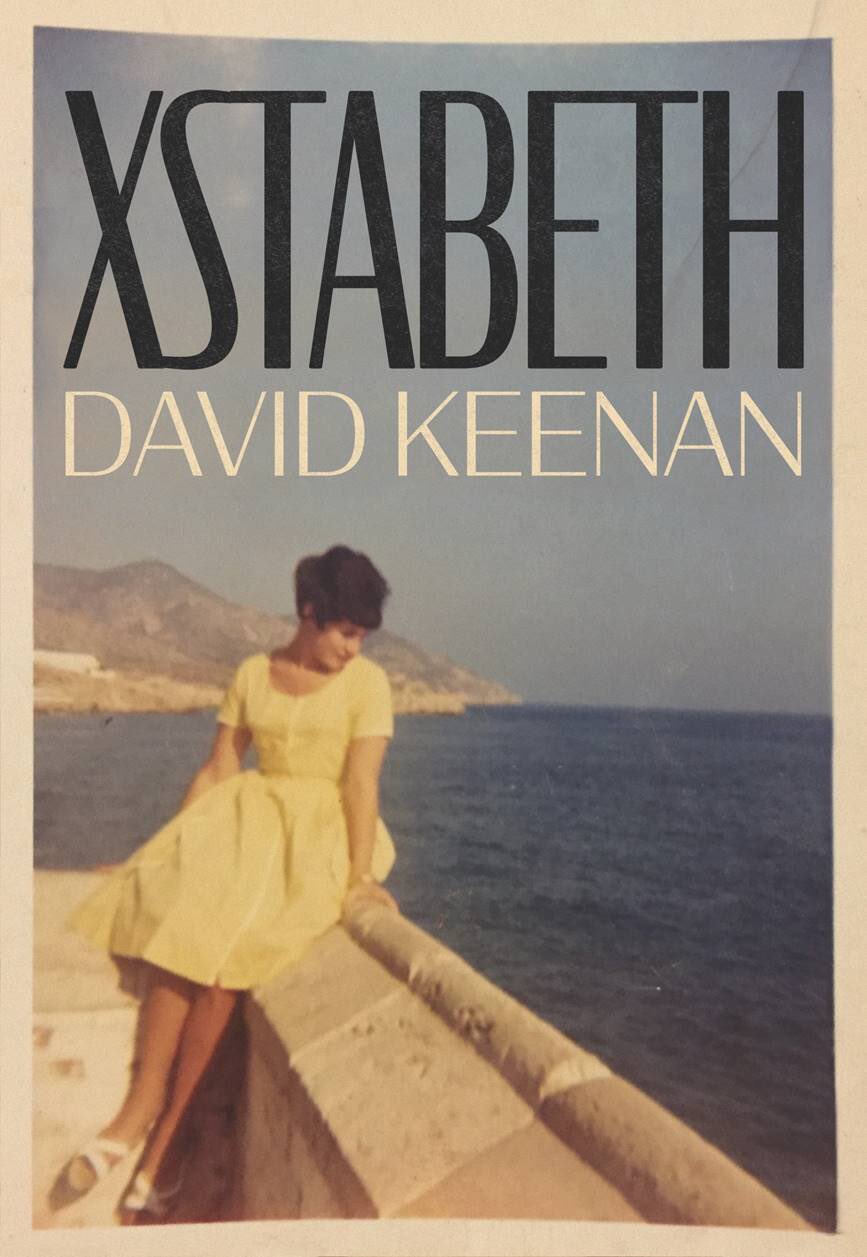 Four years ago I was contacted by a writer whose work I knew from The Wire and other publications on Twitter called David Keenan. He had, a few months previously, written a scabrous review of a book I was proud of publishing and here he was (the cheeky bastard), petitioning me to read a novel which I think in its original incarnation was called Adieu to All Judges and Juries. I read the pages on a demented road trip from Mexico City to Guadalajara on the way to the Book Fair on ‘the LSD bus’ with the renegade Sexto Piso publishing crowd. An author, Carlos Velazquez, aka ‘The Hippo’, was sitting next to the driver, relentlessly skinning up. When we stopped for breakfast outside DF at a roadside taberna, he pulled up the sleeve of his t shirt to reveal a Manic Street Preachers tattoo. A Design for Life. Quite.

Just a few pages into these pages by David Keenan on a motorway seemingly only used by Narcos, the army and naïve publishers, I was forced to reluctantly acknowledge that not only could this guy write, he was writing in another language using a spectral vocabulary. (And I hadn’t, I assure you, been indulging in the candy-flavoured hallucinogens.) I called David Keenan in Glasgow. We agreed a deal. I shared some pages with Eduardo Rabasa and The Hippo on the bus later that afternoon. When we arrived in Guadalajara, we celebrated trading Spanish language rights in the book that would become This is Memorial Device over several mescals. How defiantly and appropriately Malcolm Lowry. Or Roberto Bolano, if you prefer.  David and The Hippo are now firm friends: the most terrifying encounter between their two respective countries since the Scottish Vikings visited Mexico in the 1986 World Cup.

Today, a few days into official British Summertime we announced the third novel by David Keenan as a new season in his publishing life commences at White Rabbit Books. It will be the first novel published at the imprint, which is dedicated to literature related to music, because Xstabeth is full to the brim with music. It is, among other things, a novel about singersongwriters, St Petersberg, St Andrews, golf, and music as a visionary and transformative experience.

Xstabeth arrived with me accidentally. Last year I had arranged for David to be the inaugural Writer in Residence at Andrew Weatherall’s Convenanza Festival in Carcassonne. Andrew and I had talked about the idea of starting a private press publishing one short book a year (fiction or non-fiction) to coincide with the festival in September. The imprint would be called Convenanza Press. Safe in the knowledge there are many files of books in various finished and incomplete forms on David’s hard drive (at least six that I know of) we discussed what might be a suitable title for such a venture. A week or so after the festival he sent meXstabeth which was then called This is Where the Heart Ends claiming he couldn’t remember having written it. I believed him. We talked some more and reached the conclusion it had been written over a period of weeks towards the end of 2017 after a particularly eventful visit to Holland together. A moment, we both reflected, when we had both been quite unhinged.

Earlier this year, I think around the time of Weatherall’s funeral, David informed me of the existence of a 22,000-word prequel to Xstabeth called The Towers The Fields The Transmitters. Excited and intimidated by the sheer volume of WORDS ready to pour forth into the world from this writer we decided to gift this book to readers in ebook form when you pre-order the new novel. The Towers The Fields The Transmitterswill then disappear. Did it technically ever exist? Or did we collectively dream it into life?

Here is a short contextualising preface David wrote for Xstabeth and a 23 track White Rabbit playlist. A few weeks ago, I shared Xstabeth with Edna O’Brien who, although her eyesight is failing, was keen to read it. She said of it, ‘I sometimes think David Keenan dreams aloud. His prose has the effortless, enigmatic, unsettling quality of dream. In Xstabeth, as with For the Good Times, the narrative shuttles between episodes of nearness and chasm … Reading it feels like being cut open to the accompanying sound of ecstatic music.’

I have little memory of the writing of Xstabeth, but I believe it took place just after, or just before, the publication of my first novel, This Is Memorial Device. In other words, it was written in a state of possession. And then it disappeared. I moved onto something else and forgot I had even written it. Then I stumbled across it one day while tidying files on my computer and finally read it for the first time. And it spoke to me in an unrecognisable voice, a voice that seemed fathomless, bottomless. I came to the point of figuring out what my own book was about, or rather, more, what it wanted to be. Though in a way I’m still figuring it out. And besides, there is no point.

I have been a lifelong fan of William Blake. I always thought my studying of him would one day pay off in some kind of gnosis or illuminated understanding. But truly, I have lived with Blake long enough to know that there is no stopping, no place of rest, in Blake, no final judgement. Blake’s works are alive, energy in eternal delight, and so are not resolvable, and have no ‘point’ to deliver or to be gained. Blake cuts through literary materialism, which is why he is as alive, now, today, as he ever was.

There is no resolution in life, people simply disappear. Authors, then, are like ministering angels, with the balm of continuity, the blessing of resolution, the benediction of sense, and structure. But as Blake notes, throughout his work, there are infernal angels too, and these, also, have their holy duties.