Good In The Muntime (Make Me Feel) – David Keenan 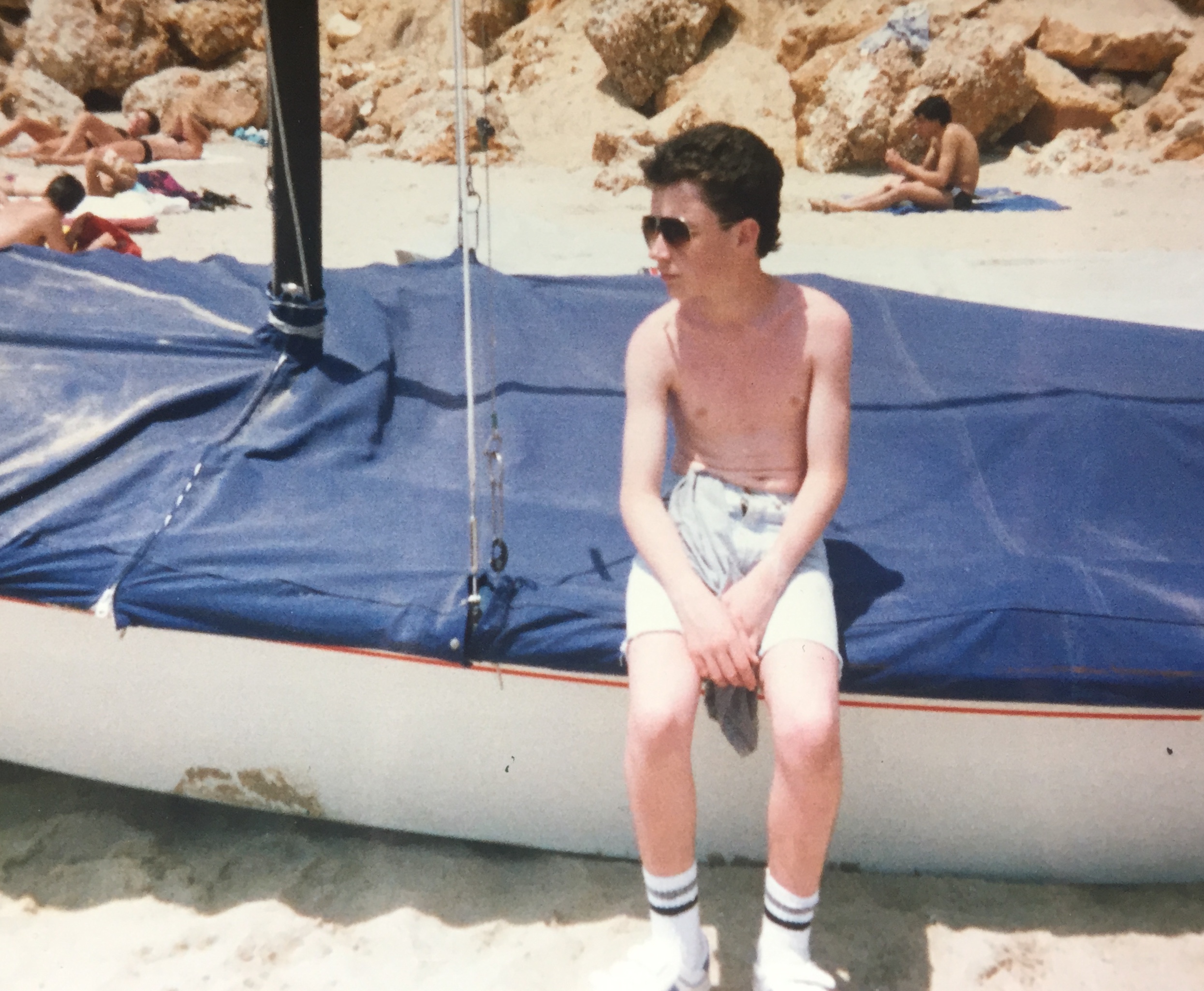 There follows, in the life of Muntu, a peaceful interlude, a brief snatching at bliss, as he moves into Vlada’s shabby apartment in Kraków and takes a job as a receptionist in an art gallery. Peaceful, that is, aside from the shady characters that would appear at the flat at all hours of the night and day looking to purchase amphetamines, for that is what Vlada was, on the side, along with her waitressing gig she was, to use the parlance of the day, a speed dealer. One customer stands out, a man with an amputated leg who everyone called Pony and whose amphetamania worked itself out in obsessive self-scarification and whose leg was reputedly missing due to a cut too deep and who was working on a film at the time, a film with the tantalising title of Open Up and Bleed, which is also, as some of you may or may not know, the title of a song by James Williamson and Iggy Pop, and which featured interviews with the scarified, self or otherwise, and for which Pony repeatedly pestered Muntu to sit for, which one day he broke down and did, his qualification being the scar on his temple, a dainty scar is what Pony had called it, comparing it to the kiss of a vampire, caused when he had fallen to the floor and knocked his head on a dresser during an unsuccessful suicide attempt that he blamed on his reading, and now here he was, in front of the camera, although really he was in front of a microphone because this mischievous movie was in fact a sound movie, a movie with no visuals, but a movie all the same, Pony insisted, and although nothing survives of it but a transcription we can assure ourselves that we are not missing much, except for the precise cadence of  Muntu’s voice as it was back then, we can imagine a slightly higher voice than the one he came to occupy, perhaps a slightly more mannered pronunciation, he was, after all, speaking to foreigners and must have had to strive to make himself understood, although the entire transcript is in English so perhaps we can take from that Pony’s own familiarity with the language, the possibility, even, that he was in exile himself, because even though he was a native son, Muntu’s experience in Poland was one of exile, even if he had convinced himself that it was one of return, and the point was to talk about your scar and the circumstances of its creation, that was how Pony talked, as if it was a galaxy coming to birth in a great starfield, and this necessitated a conversation regarding the circumstances of Muntu’s suicide attempt, which he described as being more like the death of a sun, a sun that has burned up all of the energy inside it, a white dwarf, then, a cold star, and further, he makes the incredible assertion that his reading had used up everything inside him, that books, as it were, were vampiric, although the process, we must presume, is two-way, after all books have to attract readers or, as Muntu would have it, victims, but Muntu’s premise was sound in that he insisted that books take more than they give, that books inflict a form of damage, a form of damage that only the devouring of more books will protect you from, in other words books work like a pathogen, a virus, but a self-inoculating one, they create a false need, was his argument, and then they offer to sate it, and the process is never ending, because every reader looks for the book that will end books for him, every reader looks toward the book that all his reading has been leading up to, that is why used bookstores, chaotic used bookstores most of all, generate such a frisson in the bodies of the touched, whose ranks, I admit, I have long been one with, because every reader believes, secretly, or openly, depending on the type of reader one is, that one day, somewhere, somehow, they will encounter the book that steps off the page. But they are bound to be disappointed. Because even a book that steps off the page presupposes a page to step off. We are asking books to turn us to real life when really we have turned our backs on real life in the name of books. This is what Muntu says. In so many words. And that the scar, this dainty scar that Pony had rightly compared to the kiss of a vampire, was the mark of his unsuccessful attempt to break free of books entirely, to cut the umbilical that was sapping his life force. We can imagine, perhaps, that Pony got a little more than he was bargaining for. And he admits the contradiction. Muntu admits that his clumsy suicide attempt, his melodramatic overthrowing, was, in fact, more suited to the pages of a novel.