How Do You Film A Void? – Austin Collings 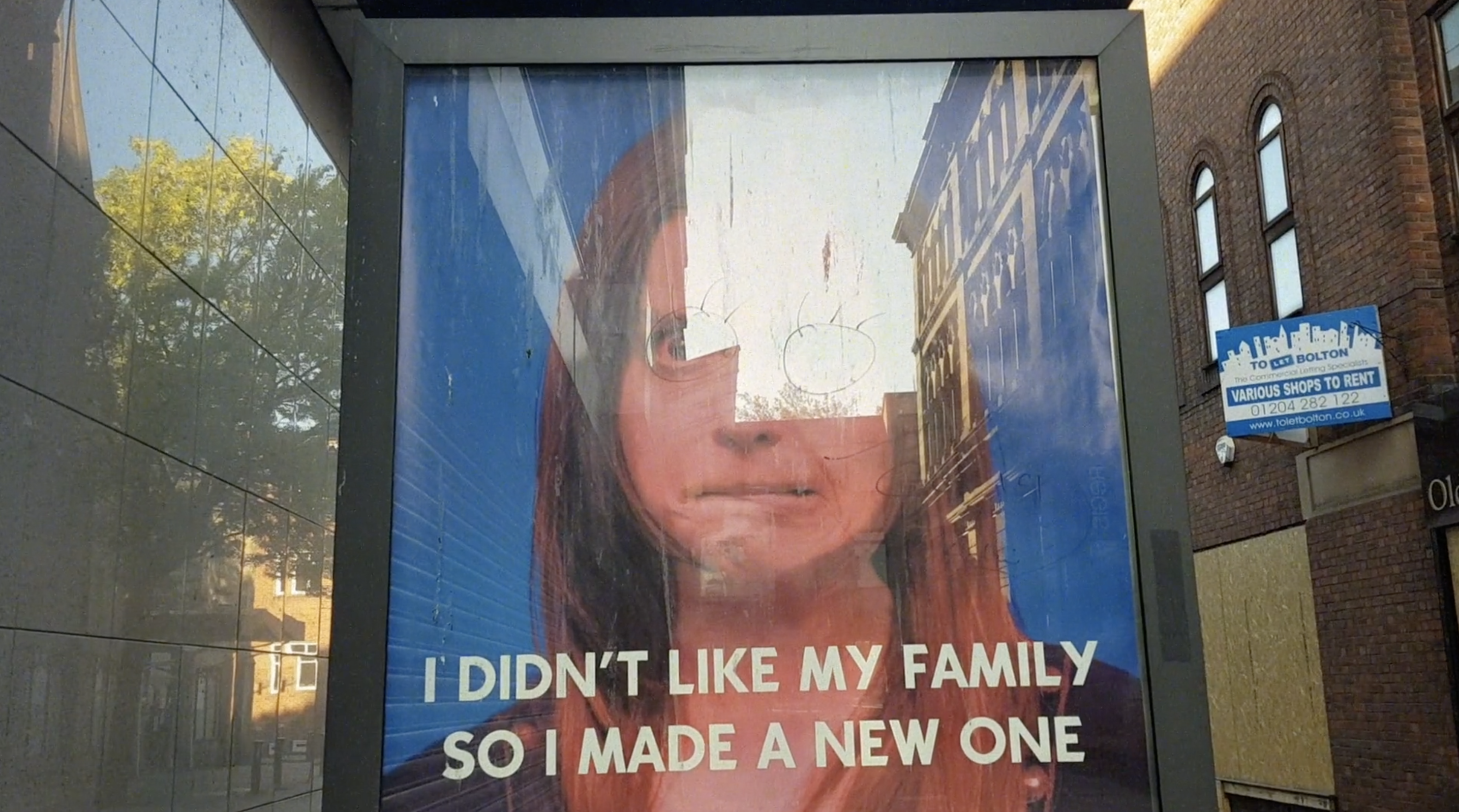 Austin Collings (author, filmmaker and Creative Director of The White Hotel venue in Salford) has been following our Social Gathering and got in touch to hand over two short films as evidence of his spell in lockdown. Today we present Empire of the Plague (‘a Union Jack-black comedy’) and Season of the Virus – an arresting meditation on poverty and light.

EMPIRE OF THE PLAGUE

Have you got a minute? I am quickly ageing.

Try and keep track – you are listening to the short tale of a submental in lockdown who loves true-crime but not true-life and has temporarily given up wanking and who seriously misses inhaling the wisdom of a morning pint after a bender. The blurred hours were we drift painlessly between nirvana and near-terminal hangover.

Look at the lovely and useless shit I’ve been shooting on my phone. I’ve gone all artistic. Why can’t I just shoot myself?

The sound of that acoustic guitar again. The sound of another body sharing their quarantine, uploading their content, saving a scene, winding me the fuck-up – wish they’d shut the fuck up.

I’m going to leave my room, sleep on a fly-tipped mattress – just me and a fox on the cobbles. Wake up to another scorcher. The scent of used electricity clinging to the pillow of my wrist.

With the sun a white fire, it’s shirt-off, Union Jack shorts on.

Round here the bunting has never been down. Permanent decoration. Book us a taxi to the Falklands. I want to go and see a man about a gun.

Are we all now day-release degenerates? Remember when ambulances sounded different? They don’t sound so distant now.

I am not one of those who wins and wins. I wonder about everything: shattered eggshells strewn across pavements – stuff like that.

I fret about everything: kids who look unhappy with their parents – that’s a real fret of mine. Animals that appear confused – that’s another.

Before all this, my life looked like an all-day-brekkie compartmentalised into a polystyrene take-away box. Plastic fork. Coke Zero instead of Coke Coke. It wasn’t quite right.

Where some see the glass half-full, or half-empty, I see the coffin half-full. I was born paranoid.

I thought about dressing up as a nurse – to gain some clout – to get to the front of the queue. A snide move I know. I need to take myself to the cleaners, wash my moral compass. Twenty streets away a new plague is on the make whilst my heart salivates at the prospect of football resuming. Ghost games.

The air has turned and everywhere’s an empty lot. Traces of the workaday-world are fading but my eyesight is strengthening.

I feel like I’ve taken a big step into the afterlife these past few weeks; such a last light – full of spheres and zones and distance.

A life in progress. Whatever is holding me up – thanks.

The sun is now high and lonely as I sweat and schlepp my way back. Another day done. The mattress is still there but the fox has gone.

I settle down, eat my drone-dropped KFC and watch very special guest-star Gary Barlow joined by Rachel Riley. Barlow plays piano and Riley walks you through the government-sponsored-suicide-instructions before you’ve even got the kennel cough.

Good night Britain. Hopefully the darkness can restore what the light can’t repair.

How do you film a void?

I watched my hair grow like Henry’s – played by the brilliantly named Jack Nance – in David Lynch’s Eraserhead.

The North, my new desert painted in COVID. A ghostly jubilee in the hot air. The Stand. The Road. The Andromeda Strain. Apocalypse Yesterday. Contemporary and dystopian.

In lockdown, we became different people; not new, just different. All previous mistakes seemed less exhausting on the body clock. The universe had narrowed with terror. Every day judgement day: but not of the self. We’d eased up on that, as we sat in collective detention, staring out of windows, awaiting the okay to leave the room.

The films become the memorialization of a tragedy already confirmed. A tragedy on home and global turf, happening as you hold your Samsung, capturing the sun and silence gushing from the subway. Metaphysical therapy. The dead centre of the lens.