I Had A King – David Keenan 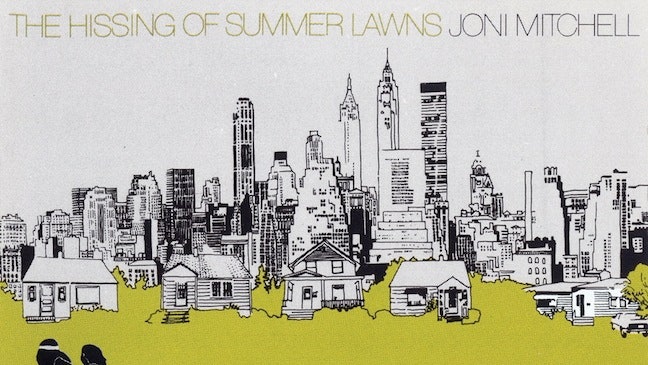 He was selling original copies of Joni Mitchell albums via mail order before he started Snork’s, and also cassettes, cassettes of rare albums that he had dubbed himself, like, for instance, The Hangman’s Beautiful Daughter by the Incredible String Band, which was like gold dust in Russia where everyone was living in nudist communes in Siberia, or holed up like Rasputin with three wives and a kitchen garden in a wooden hut near Melikhovo, which was my dad, which is what had become of my father, living like the front cover of the Incredible String Band with three wives and none of them my mother.

In 1977 I visited him there. It was in the summer after university. I hitched a ride on the back of a horse drawn cart with some gypsies foraging for mushrooms. I bought a box of mushrooms as a present. And some traditional cake. There were sticky eucalyptus trees and the rain made it smell of lost times long ago. The gypsies dropped me at the entrance to the wood. I was supposed to look for a broken tree, for a cross, was what my father had said, a tree has fallen into the shape of a cross, he had said to me, go that way. After a while I guessed I had found the cross even though it was more of a crooked tree. There were no tracks and the grass grew long and wild. I thought to myself, don’t they ever leave?

I came to a sort of clearing and there was a round hut. A round hut with round windows. Coloured round windows. Up on stones and with a wooden porch and with a tin roof. There was smoke rising from the chimney. The rain was making that sound on tin. That blessed sound. Tin tin tin.

Someone was playing a guitar and singing a folk song. It was a song called “100 Miles” about how you can’t go back home and anyway you are already gone. I opened the door and my father looked up at me. Some of his teeth were missing. He was drinking from a bottle of wine. The woman singing “100 Miles” was a woman named Miley who was a witch my mum claimed had put a spell on my father. But she didn’t stop singing. And my father held up his hand to tell me to wait, and so I just stood there, on the brink of greeting my father, while the witch Miley finished her song about getting further away from us on a train. What’s up brother? my father finally said to me. That’s another thing that I hated. I’m not your brother, I’m your son, I would protest, but he would just say that we are all brothers under the sun and ignore me regardless. Hi dad, I said, I brought you some mushrooms, and some cake. Miley said I was cute. You are so cute, she said. She had a third eye painted on her forehead. You’re cute alright, my brother, my dad said to me, don’t you know that we have our own mushroom farm out back? I shrugged and said that I didn’t but what I really wanted to say was, actually, I know barely anything about you since you blew your mind and ran away with your three wives and left my mother, which of course I didn’t say, and instead I asked him, where is Aunt Tsvetlana, because I forgot to say that one of my father’s three wives, although they weren’t technically married, they were just involved with free love, was my mother’s sister, who had taken acid and listened to a cassette of A Gift From A Flower To A Garden and decided that she needed to elope with my dad to be free, and my dad said, Aunt Tsvetlana doesn’t live here anymore, and I said, oh, well, what happened to her, and he shrugged and said, she ascended, was all he said, only but later I found out she had died, that she had died from eating some weird tuber in the winter when they were half-starved and that she was actually buried there on the property.

The third wife who wasn’t married was called Maria. Maria was pregnant and they were planning on giving birth in a hot-tub they had built round the back. That’s why I had finally come to visit them. Maria’s sleeping, my dad said to me, it has been hard on her, he said. Then he said, come to me. Come to me, he said, and I came to him and I sat on his lap, which was awkward as I was already much bigger than him and he was sat on a beanbag so that I was half lying on top of him, and he said to me, you got the worst of me, he said, I’m sorry you got the worst of me, he said. I wanted to run away, right then, I wanted to make up an excuse to run away, but I couldn’t.

When Maria saw me she started crying. She took me out onto the porch and she held my hand in hers and she stroked it and stared into my eyes and wept and said nothing. Then she said, you’re such an innocent. That was all she said. Then she started crying again. I’m pregnant with a little innocent baby, she said. After a while she regained her composure and we went back inside.

I was sleeping in a miserable hammock in the living room so I had no place of my own. My dad played cassettes of jazz albums like Giant Steps by John Coltrane while Maria cooked. I had to use their compost toilet and it was a like crapping into a mineshaft to hell. We ate some vegetarian slop by candlelight. By this time it was really pouring. That blessed sound. Rain. Tin tin tin. Miley sang one of Maria’s favourite Donovan song to the unborn baby. My dad never asked me a single question. He talked about music, about philosophy, and how the moon relates to vegetables, but nothing about me.

Maria had to go to bed early because of the baby and so Miley and my dad opened another bottle of wine in front of the stove. They were both really drunk, and both had missing teeth, I realised, I guess there were no dentists where they were living and so I imagined they just yanked them out with the aid of a door and a piece of string like in the comic strips. Miley sang some more Donovan songs about castles and fairy princesses in the moon. Then my dad turned on the shortwave radio. Listen to this, he said, as he spun across the dial, with distant Russian radio stations appearing from out of the static. Miley turned to me. Why don’t you give us a song? she said. Yes, my father said, let’s see what he’s made of, let’s see if he has learned anything, he said. But the moment had been prepared for. I knew that my father would ask me for a song, that the only thing he would ask me would be for a song, and so I had prepared one in advance, I had taught myself a version of “I Had A King” from Song to a Seagull by Joni Mitchell, one of his favourites, and I picked up the guitar and closed my eyes and started to sing those lines, those immortal lines.

I gave it everything I had, about how I had a king once and how I loved my father if he would only come back, but when I finished, and opened up my eyes, Miley had passed out on a bean bag and my dad was facing the other way, drunkenly scanning through the dial on the shortwave radio.

I said goodnight but he never heard me. I got a lift back with the same gypsies the next day. Who would have believed it. And now years later, with all of them dead, I’m reading this list by The Snork, this list of rare records for sale, and he says, The Hissing of Summer Lawns is the story of the 1970s, and I realise I lived a parallel decade, or maybe I’m going backwards too, to 1977, and “I Had A King”, and then the 1980s, it’s true, was the sound of Blue.