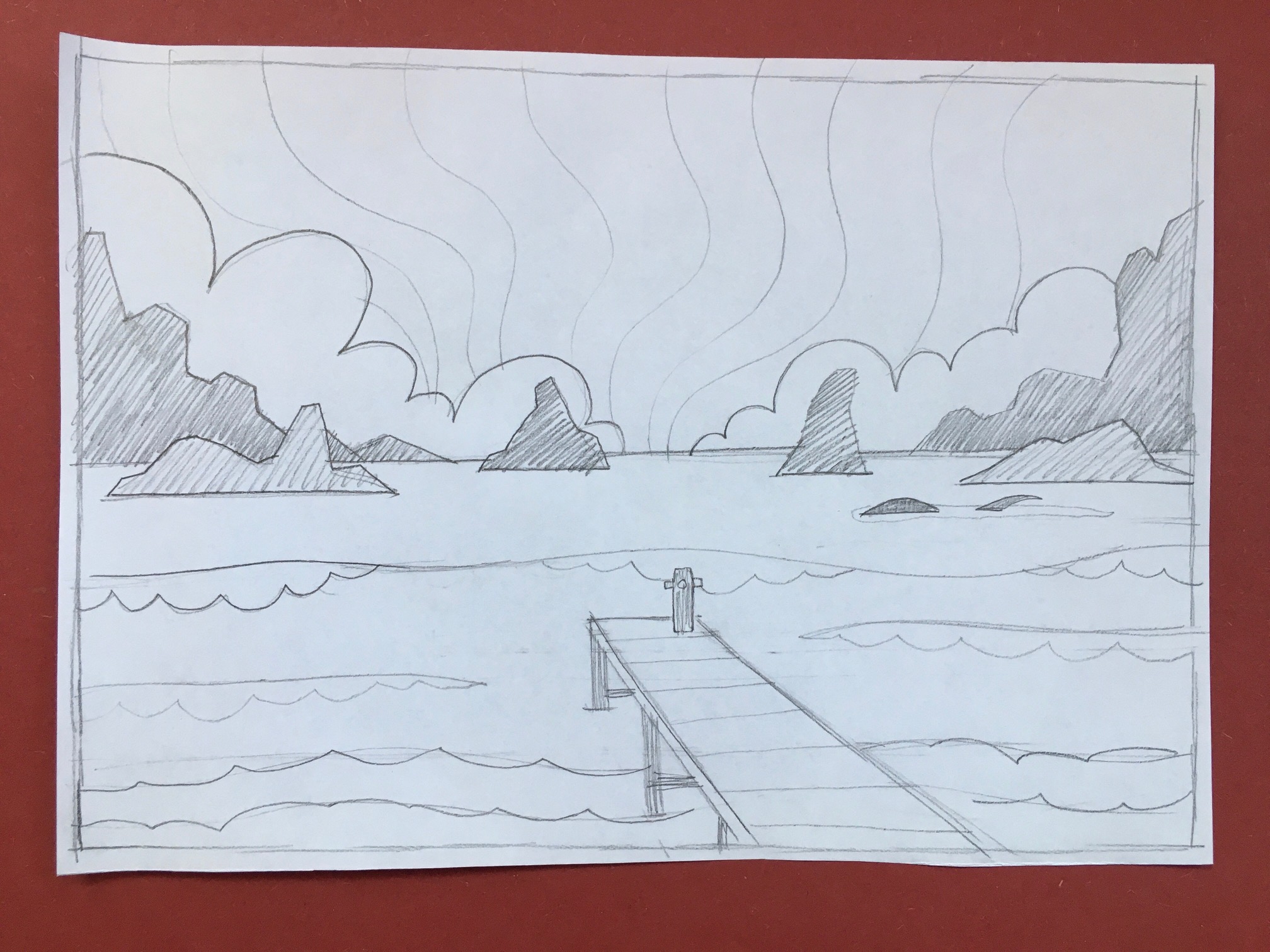 It was around the time the airline cancelled our flights that I began to dream of an island.

Easy Jet’s decision was absolute, and our first family holiday in years was already a receding dream before the lockdown began. Their prescient move helped to assuage a nervousness that had gnawed away at me since mid-February when the situation started to escalate. The world seemed to be getting incrementally smaller day by day. Settling into the knowledge we were now landlocked, house bound and stuck inside our own heads, my mind started to wander.

At first, the island was real, based entirely on the pictures we’d looked at on the various websites we’d looked at for accommodation. Azure seas rippled under wide cloudless skies. The midday heat was palpable. A hotel pool shimmered and glinted, surrounded by empty loungers and tables already loaded with mid-afternoon cocktails for drinkers who had yet to arrive. Strangely, this island of the imagination was empty; pre-locked down for the casual consumer. Whether that was a trick of the online travel brochures or a mental manifestation of social distancing I do not know. The island was clearly what we were craving.

Over time, my island became less tethered in reality yet far more vivid and infinitely more inviting. The island’s undulating landscapes started to become fluid. Oceans kissed the feet of impossible mountains and buildings grew from – or into – swamps. The vast, endless sky seemed to sweep through half the colours of the rainbow between dawn and fiery sunset. The lights of a distant city to the west pulsed in time to my resting heartbeat at night. Silences were occasionally punctured by the things I missed – the distant, chaotic straaaaang of guitar chords drifting in from the next valley, the metronomic thud of a four-four beat coming in from somewhere deep in a strobe-lit forest. Ancient moons lighting rebel raves. And, like the brochures, no people. Never a soul. Just land, sea and the idea of sound.

Now, every night I go back to this place to explore another corner. In time this place has become an escape route, replacing the carefully constructed ‘normal’ as seen on those hotel and tour company websites with vibrant, psychedelic soul. This place is a solace, a crutch, a ripcord from the daily conference briefings, Zoom pubs and two metre exile. This place really is a dream.

So, let’s go there together then.

The Social Gathering will open our psychic travel agency this weekend with a comprehensive guide to our first island. Sketch by Pete Fowler.