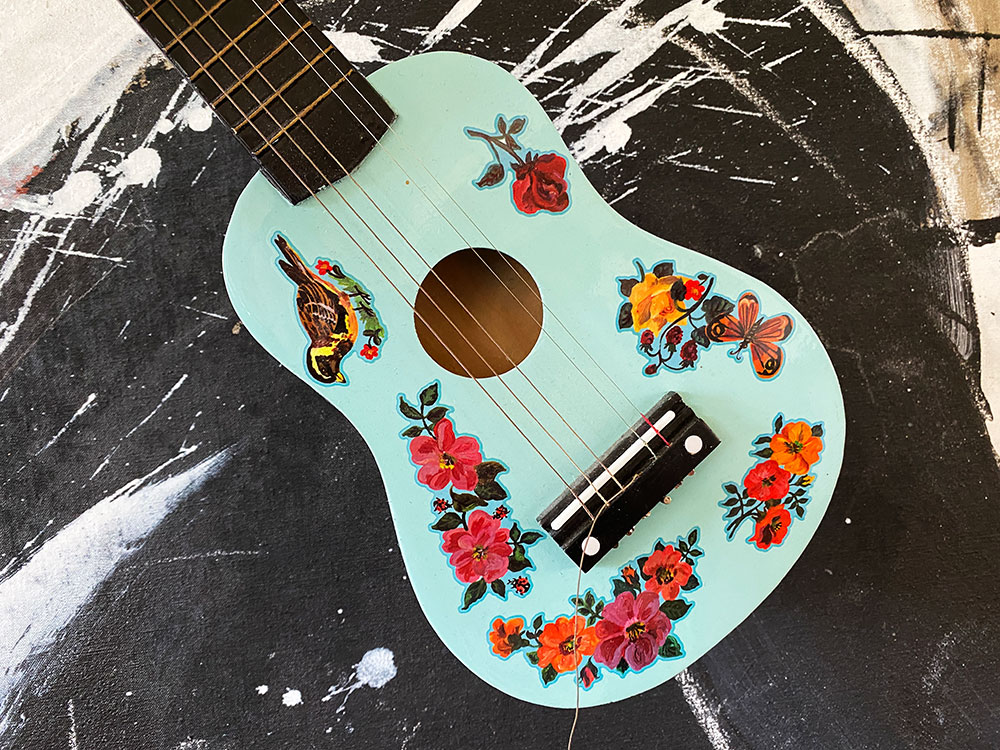 The world is covered in a thick fog.

I open the kitchen window and sniff the air.

Nothing. No cars, no gunshots.

One solitary bird calls out for reassurance that it is not alone.

CAT perches on the edge of the breakfast bar, like a bird clinging to a branch preparing to fly.

I get in a car that thinks it’s a shuttle bus going to the station but it’s not. It’s a time machine bringing me back to a place I used to call home and the memories it invokes.

On the drive to the station I startle a huge long tailed monkey. From head to tip of tail, it’s as long as a bus. It takes off, leaping through the trees. There are no monkeys around here?

It springs away from the road with explosive dexterity, through a hole in the hedge and bounds on all fours across fields of young wheat just beginning to push up through the ground. The monkey wears a target on its back, black and white concentric circles. It thinks it’s an aeroplane, making its lips vibrate as it runs imitating the sound of propellers, unafraid, having fun outrunning traffic.

Blackthorn blossom explodes in the hedges. Thousands of delicate white brush strokes that conceal thorns. Vicious spikes. I can remember the pain deep under my skin when I was little, touching everything to find out what the world was made of.

I’m testing my memory like a battery to make sure I’ve still got one.

There’s too much of it about, you know, forgetting. Too close for comfort; too upsetting. People I love and look up to are being disassembled – gentle, compassionate, hard working people are being rubbed out alive.

People tell me stuff about you.

And I laugh nervously, swallowing the gristle fast without chewing so as not to taste it.
People say, “That’s how it started with…” (Fill in the blanks with names of people you know, but the ‘blanks’ are spreading, a fog obliterating all the favourite views).

The words of stories are being erased, the most recent first, working backwards. What do you remember, Dad? How long until we’ve forgotten everything?

I used to be so sure about my memories.

I could recount the titles of every film I’d ever seen, every record bought, every book read all in order, but some of it is turning into scribble now, and I can’t unpick it. Leave it for later, eh?

But later, will it be a knot so tight it’s un-pickable?

A knot in the stomach that becomes a fist, then a stone, a rock, then dust blown away by the most delicate of breezes. Delicate, that word again, concealing something cruel.

Don’t loose it Dad. Not you, the poet drummer.

You’re my Sam Sheperd, Chuck Yeager in The Right Stuff.

Every day I get a text.

Today’s says, “He’s stopped eating, doesn’t move, just sits there staring at the wall. He says ‘what’s the point in going on?’”
I don’t want to chew this gristle, so I get in the car and drive.

“I’m coming to see him. I’m coming now!” I text and get two kisses back.

When I arrive – having rehearsed profound speeches – I find a man sitting in your chair wearing your face but not your eyes. He’s staring at the wall silent. I know it’s not you because there’s no radio on, no music playing. You’ve known all the names and times of the DJs since the 1960s.

You never sit in silence. The man who looks like you, who sits in your chair in a silent room upstairs, stares at the wall, trying to fool me.

“Hey Dad”
A fraction of you replies “Hello” in that voice that last operation left you with.
“How come you’re not listening to music, Dad?” I ask, momentarily overwhelmed by the sight of this almost-you. You always had music on. Where’s it gone?

“I don’t know.” Almost you replies.

Listening to music with you was like breathing. In the car, the kitchen, the caravan. Riders On The Storm, on the shore at Lake Geneva, the wind whipping waves up to smash against the caravan, rocking us, threatening to drag us under. But I always felt safe with you. Marrakesh Express,

I Get Around, The Witch Queen of New Orleans and that unforgettable girl in the record shop who stretched up to pick down a poster from the wall because I plucked up the courage to ask her, and the big geezer with the polished head and tan who pulled up in a soft-top Mercedes in leather jacket and jeans.

“That’s money,” you said, “Those are no ordinary jeans!”

I’ve been looking for those jeans ever since.

You had a great ear for records that stood out. The Gun, The Four Tops, Rufus and Chaka Kahn, and that bloke we can’t talk about because of what he did.

You turned me on to music Dad, and I never thanked you.

I want to tell you, because I don’t know how much time we’ve got left, and there’s so much I want to ask. But I see a version of you, sat in your chair and I’m just this side of freaking out. Wondering how to say the things that men in this family don’t say to one another, the way they do in films. I want to say everything I never said to you, ask as much as I can cram in… just in case… this is… you know. But the gristle won’t go down and my memories of you are fogging. The finer details are falling off the edge, time is crumbling. I’m so scared to speak for fear of breaking you, so embarrassed by my art school poetry but the clock is ticking louder so I pluck up the courage and ask you the question.

“What made you buy me my first guitar?”
You flicker back into the room momentarily.
“You don’t mean the Woolworths one?”
“No, the black one. That was a great little guitar. What made you buy it, Dad?”
“A bloke in work had it and he didn’t want it, so I bought it off him” you say, drifting off again, following a voice out through the window.

I pull you back in.
“But why, Dad? That was such a weird thing to do… and it was genius!”
You stare at the wall, your eyes have left the room, but your face still looks enough like you, letting me know you’re still here.
“Some times I hear a voice,” you say, through the dusky rasp left by the surgeon’s laser.

“I’ve heard it since I was little. It tells me what to do sometimes, every now and then. It guides me.”
Poet, drummer, mystic, you’re barely in the room now.

And now it’s you, fully in the room. Staring through the wall into the next door neighbour’s, hearing them arguing every day back in the 1970s. We’re connected now, and you’re making sense,

“Thanks for doing what the voice said, Dad. You changed my life.”
But I don’t know what that means. It’s a thing to say. One day, no guitar, next day, a guitar and with it, purpose.