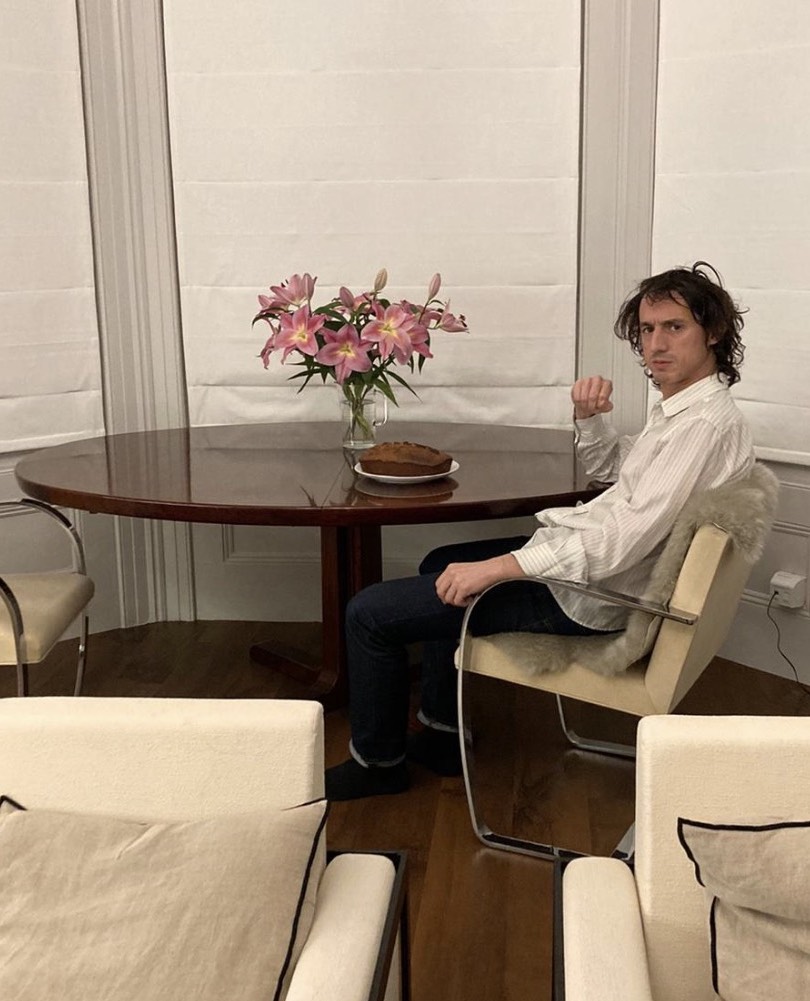 When this crisis started, when every live music event in the entire world was cancelled pretty much over night for the foreseeable future, I was in disarray. I was one good festival season away from having saved up enough money for a deposit. An end to rent slavery seemed like a fair renumeration for sacrifices made at the altar of live entertainment: the long descent into madness of road life, the coughing up of one’s own blood onstage due to severe pneumonia, the complete inability to form meaningful relationships outside of the tour bus, every interaction being predicated and defined by its orbit around an inner core of  paranoia, exhaustion and abject narcissism. I’m not saying there wasn’t a good side to it all, and there are of course other ways to go about skinning that particular cat. You could try not doing it all on every drug imaginable, but then Fat White Family was never going to be that kind of band. It was formed out of sheer spite. Spite unto the world that rejected me and my companions on account of our obvious defects. Our being drug addled, socially crippled, mentally ill reprobates wasn’t posturing. It was like a club for useless, angry young men driven to breaking point by the job office. We pooled our collective sense of embittered enfeeblement, our childhood traumas, our flaccid rage, turning them into a kind of public exorcism, one that eventually became too vulgar for people to ignore. ‘Success!’ We thought, not realising the implications of having to actually live in that moment, every night, seemingly forever. We were going to see the world, or at least its back stage rooms. We’d never have to pay for a drink again, and large crowds of strangers would applaud us each night on account of the very things for which we once were shunned.

It’s 8:20am, Wednesday the 25th of November. An hour and a half ago I awoke with a dynamo of anxiety spinning itself white hot in my lower abdomen. In my nightmares I am forever being lynched by an angry mob or incarcerated. I’m always innocent, always guilty. One thing that’s become plain as day to me since making my first real concerted efforts at sobriety, is that even if the things I worry myself sick about are just phantoms, the dread is real. There is a quota of fear in me that applies itself to whatever’s to hand. If there’s nothing to hand, my over-active, over-stimulated imagination creates problems out of thin air. I’ve been this way for as long as I can remember, since I was a child. In the wake of 15 years of serious drinking and drugging, having walked down every avenue of escape masquerading as liberation, having indulged in every act of regression posturing as progress, there is little left in me now save for acceptance. To be consumed by your appetites leads one into a kind of death pact with reality. With only your demented inner world for a point of reference, a desire to gobble up everybody and everything soon turns into a disdain for any kind of amity. Avoidance at any cost of the same nefarious demands you make of others being meted out upon your own head leads you into a loneliness so vast you can no longer make out whether another way of life is even possible anymore. Reason hunts music, music hunts down reason. A populace of granite-carved grimaces paves the way, lizard old tongues pour forth a river of benevolent inanities, and out of the fog steams forth yet another image, yet another sound, yet another word…So on and so forth, until the great microbe from the east that is.

Therapy doesn’t make any sense if you live in umpteen different places, and I never considered myself far gone enough for rehab. All of this dead time plus the small coterie of middle-aged women that have supplanted my former social group, my chest of dragons if you will, those have been my remedy of choice. The first thing I do in the morning now is pull up the blinds, sit on the floor, cross my legs, close my eyes and focus on my breathing for half an hour. I know I know, it’s insipid, nauseating perhaps, me of all people waxing lyrical about sobriety, advocating meditation, but fear not, my pessimism is still very much intact! In my opinion western civilisation currently sits on the same ledge that the crew in Das Boot find themselves marooned on at the bottom of the Gibraltar Straits towards the end of the film. Oxygen masks have been handed out and anyone of no use to the bid at a resurfacing has been sent to their bunks. We will of course see the break of day once more. We shall even be so bold as to sing a rendition of It’s a Long Way to Tipperary as we race homeward across the ocean. Waiting for us at the end of our journey isn’t home though, but a sky swarming with British and American bombers. What waits for us is a complete submission to forces unknowable.

Our culture is disembowelling itself. With common sense, tolerance and compassion increasingly held hostage by immovable orthodoxies on both the left and the right, the pilot light of free expression now looks set to a nervous flicker. People found enough hope in the election of war criminal Joe Biden to dance in the streets. I saw that dancing in the streets as an indication that hope is all but lost. The eyes in the skull of the canary at the bottom of the mine have begun to dilate, yet chisel away at the black rock we must, we’ve been down here so long we’ve forgotten how to do anything else. Once the Age of Anxiety is over, my money is on blood and chaos. But there’s nothing I can do about any of that. You might call that apathetic, I call it realistic. The more noxious our discourse becomes, the more reactionary drivel dressed up as justice I behold online, the more comfort I take in that Neil Young tune about castles burning. The more of a kick I get out of the Future.

None of this sits very well with the fact that I’ve started thinking about having kids. After the birth of my god daughter about a year and a half ago, after hanging out with a baby for the first time, I got my first pangs of broodiness. My family grew up scattered to the four winds so I never had access to the exceptionally young, to a big pair of eyes embedded in a little bundle of amorphous flesh. There’s nothing quite so tranquilizing as life in its earliest stages, when it’s nothing but pure receptivity. Of course, being a god parent is easy. You endure zero sleep deprivation and get maximum kudos when you buy the kid cool shit. I know nothing about the tribulations of parenthood. That being said, an actual family can’t be that much more difficult than a Fat White Family, surely? When challenged on the gaping contradiction between my rank pessimism and the ideation of fatherhood, which amounts to wilful ignorance at best, an extension of a narcissistic personality defect at worst, I usually allude to dystopian Hollywood in my defence. Even the bleakest of futures needs an Ellen Ripley, a Mad Max, a Trinity and a Neo. Perhaps the blind-sided contrarianism of the Saoudi/Barnes gene is exactly what such a challenging future will demand? Flimsy at best, I’m sure you’ll agree. In truth, I don’t have much choice but to hope that I’m mistaken about the world. I’ve started to long for the same shit everybody else does: security, intimacy, a home. It turns out I’m not Mark E Smith after all, which is a bit of a relief. It’s a strange thing, to pass through life suspecting you are right, but praying that you’re wrong…