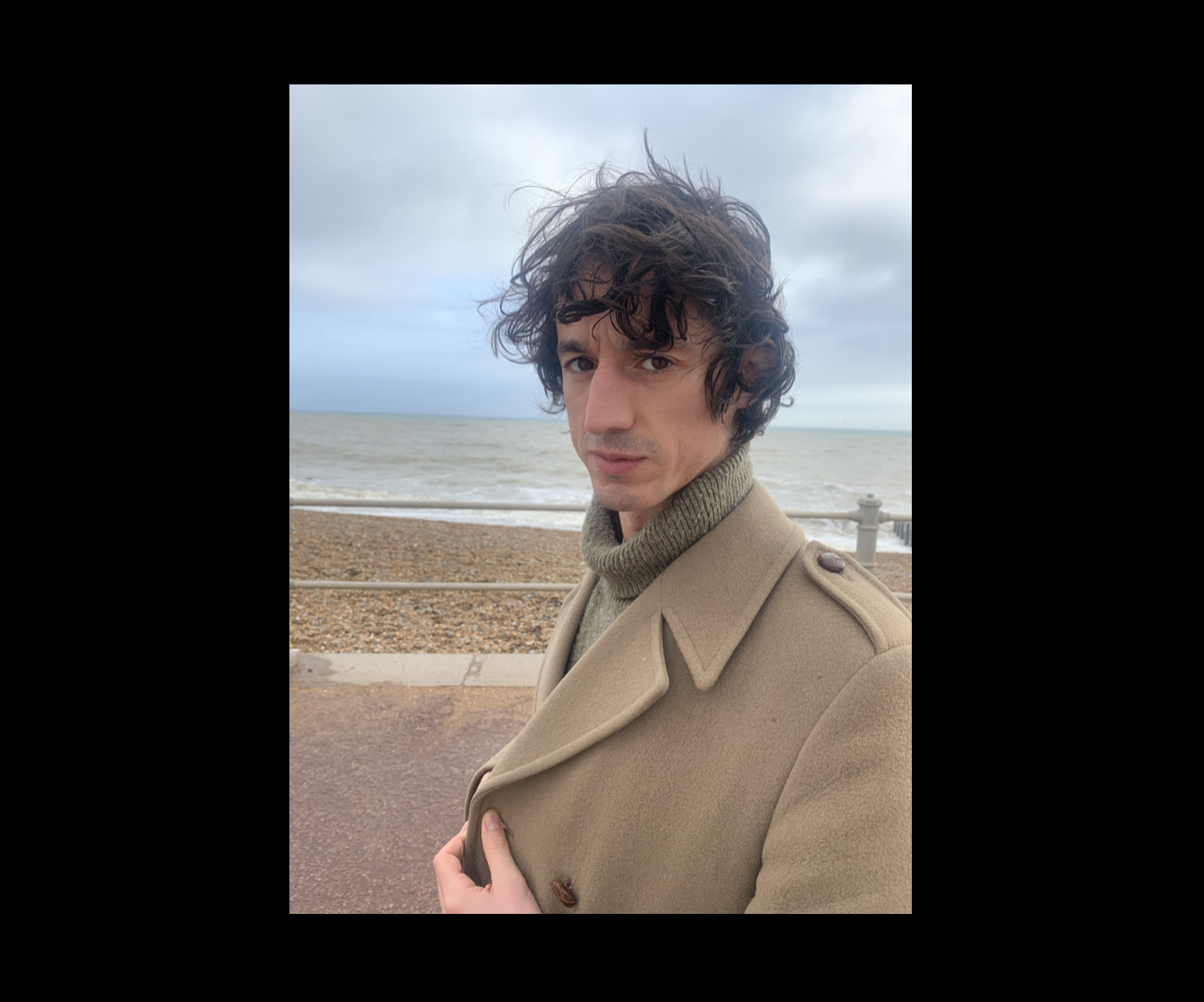 I recently asked the Irish novelist Rob Doyle to make a contribution to an edition of AMBIT magazine I’d been asked to guest edit (more on that later) and he suggested we attempt an Oulipo; a kind of literary exercise built around prescribed constraints. He asked me to send him fifty or so prompts which he would then select at random as his subject matter. Upon reading his I asked him to send me the same, the results are as follows…

They say that evil flourishes when good people do nothing. This might have been true once, but it is not quite true today. To do nothing in this day and age requires the utmost depth of character, vision and empathy; doing nothing long enough so that your mind has time to string a meaningful thought together, that is the great challenge of the digital epoch, the great kindness. Taunted with an array of impossible selves by mass media since birth, our stubborn expectations are having serious difficulty adjusting to the reality of a future defined by diminishing material wealth and puckering opportunities. We are hungry for answers, but loathe to spend any longer than a few minutes online digging around for them. We lack the resolve, the patience – as a culture – to deal with the let-down; with the fact that almost all of us have just woken up having had the wrong dream. Our heads for the most part a mangle of arrogance and ignorance, we submit gladly to the orgy of recrimination and blame unfolding behind our hot little screens. To a disturbing extent then, evil winds up finding itself in the eye of the beholder; it can be easily located anywhere you choose to direct your embattled, withering attention span long enough.

I was fjord-side in Norway with the Fat Whites last summer, the belly of the lake before me a frenetic brew of delinquent silvers and greens, the sky above a smothering, monosyllabic midday blue – I felt like I was wading into a Viera De Silva painting. The pines were whispering to one another across the way, watching me as they did so. The whole tab was a tall order. Swim, I said to myself, lest those peripheral anxieties snatch you away. A semblance of peace returned as the tension in my head made its way into muscle, into motion: “You want to wade in man, seriously, it helps…” I called over to a reluctant Saul at the water’s edge, also a Viking tab deep, clad in nothing other than a pair of yellowing white Y-fronts. On a nearby jetty some of the village locals suddenly made an appearance. Ever the self-conscious one, especially where sartorial wherewithal is concerned, Saul uttered a needless, embarrassed apology in their direction and leapt head first into the cold black water. He resurfaced with a face intent on painting itself red. It didn’t matter how many times he gave it a wash, red it remained. Weird, I thought. Very weird. It then became apparent that he had a large, pulsating gash in the bridge of his nose, from which emanated a seemingly endless stream of blood. He made his way back to the shore, stared out at me as I stood there dazed in the shallows, his face an infinitely slapped arse under the high sun. We gathered around him to inspect the wound, to gauge the likelihood of a hospital visit, him inspecting our inspection with a look of god-awful fear in his eyes. We mused over how long that rock must have been sat down there waiting for him.

With all this down time I’ve taken to fantasizing about a post-Fat Whites musical rebirth, one where I emerge from the ashes a classical guitar playing folk balladeer of unparalleled lyrical dexterity and erotic wisdom, who just sits there in a turtle neck jumper looking meaningful while the world swoons at my feet. This image, the Cohen fantasy, is very difficult to kill. I’ve seen it maul countless young men’s lives, men without a lyrical bone in their bodies that would have made excellent lead guitarists or drummers, pouring their hopelessly inadequate souls into the great delusion. Living in the shadow of Cohen is hard for any musician. It’s almost as hard as learning the finger picking pattern to Suzanne; a song I’m fast learning to loathe.

I get the impression she’s the kind of person that relishes intellectual confrontation, that she probably doesn’t feel like she’s doing her job unless she feels personally compromised in some way, vulnerable in the position she’s taking. It’s an irresistible quality in a writer. I suspect that she’s in possession of quite a lot of courage. In plumbing the internet’s most hideous depths in Kill All Normies she surely proved at least that much. I’m no expert, but that book seemed like a decent starting point from which to research the mechanics of online polarization, a veritable troll index. If you want a quick tour around the online subcultures hijacking mainstream discourse, obliterating nuance and basic intellectual enquiry, reducing considered reflection to mere emotion as they do so, like so many malignant tumours swelling across cyber space; then you could do a lot worse.

I can’t deny it, I myself have had a fair crack at the troll game. Around a decade ago my comrades and I ran an anonymous hate page called Yuppies Out! Our agenda was class war, anti-gentrification, old school hard left materialism – quite retro by today’s ID-obsessed young socialist standards. The Facebook page was littered with explosive acts of MS Paint detournement, anyone or anything we didn’t like was fair game. Because we were social rejects with nothing to lose, we could go as hard we wanted. Even a photograph of Saul’s dad showed up on there at one point, with crudely drawn red swastikas in his eyes. My most successful contribution was a scathing two-thousand-word viral essay on the roof top bar in Peckham, the Campari Bar. It was a vicious full-frontal assault on everything I despised about myself, my non-existent future and the world around me that refused to cough it up, through the prism of a bar I wanted to drink at, but couldn’t afford to.

My father – extremely old school by Western standards – radiates pain, he doesn’t express it. I did see him weep once, though. The day came when I was around eleven years old. It was morning, I was in my school uniform playing FIFA, squeezing in a couple of games before the bus run. My father came in and told me he was moving out. We’d been building to this moment for a while, inevitable since the first mention of the word divorce really. He tried to force a smile as he told me to focus on my studies, behave myself, etc, whilst also explaining that he’d be living on the other side of town from now on. His eyes started glazing over. My chest was full of lead as I looked up at him from the floor where I was sat cross-legged, control pad in hand. I waited until he was gone, un-paused the game and let my own hot tears flow.

Will fall like one layer of snow upon another: in silence. That, or a car accident.

I read a rather curious assessment of this by Mark Beaumont in the NME the other day. In it, Mark explores the disappointment of discovering one of your favourite artists has drifted rightwards in their political leanings, and proposes a way to remedy the dismay: abandon their work and listen to those they’ve influenced instead. It started me on trying to imagine a world where we replace not just cultural artefacts of a high quality deemed too expensive with a cheap knock off of the same thing – but every other kind of ‘commodity’ as well. I grew to love the idea, it seemed like the fairest of all possible worlds – to me at least; one where each and every one of us has to learn what it was like to grow up the Algerian way…

My first girlfriend and I were perhaps the shiest two teenagers in the whole of County Tyrone, possibly the whole of Ulster. The preamble to our hooking up at around age fifteen constituted several years of stealing the odd glance at one another in the corridors at school, too terrified of rejection to even so much as think about striking up a conversation. The gap was eventually bridged during a slow number at the Royal Hotel teenage disco in Cookstown; an alcohol-free event we both showed up at begrudgingly, friendless yet hopeful. How youngsters get it together without a slow number to fall back on is beyond me…

I feel like it’s growing back – my shyness – the longer I remain burrowed away from the world with my phone switched off, with the news left unwatched. I’ve started to feel prang about even peeping into cyberspace, so have deleted all social media apps from my phone. I can’t stomach the deluge anymore, but at the same time I’m aware that I might be drifting away from humanity in some fundamental way as a result. With the ebb and flow of IRL conversation and pub gatherings slowly fading into distant memory, I wonder if I’ll be able to face any of it again once it’s all over? Whether I’ll even want to? I suppose what I’m talking about isn’t really shyness, but wanton hermitage… a kind of sequel to shyness: at its core the same strange mix of misanthropy and fear of refusal.

Gets me to the church on time!

Faking My Own Life

Faking my own life is the only truly courageous thing I’ve ever done. Almost everything which occurs within the human head is in lieu of some preferred image one hopes to cut before the world. Self-reflection is almost exclusively undertaken through rose tinted spectacles. Our conscious minds stage-manage the painful, slow unfolding discrepancy between what we want and what we have as best they can, presenting to those around us as palatable a composite of our inner selves as possible. When we tumble to new lows, when we leave even those closest to us mired in disgust and disappointment, even then they are only shown part of the grotty iceberg. The true extent of our shortcomings is always too much to confess; too shocking, puny, bitter or selfish to communize entirely. We thus each weave ourselves an elaborate cocoon of flattery, our social lives a collection of so many favourably distorted fairground mirrors, without which reality would prove untenable. Faking one’s own life is a question therefore of the highest honour; for without our distortions, without the psychological armbands we call lies, few of us would be capable of clinging onto life long enough to build culture; almost everybody would just clock out early…