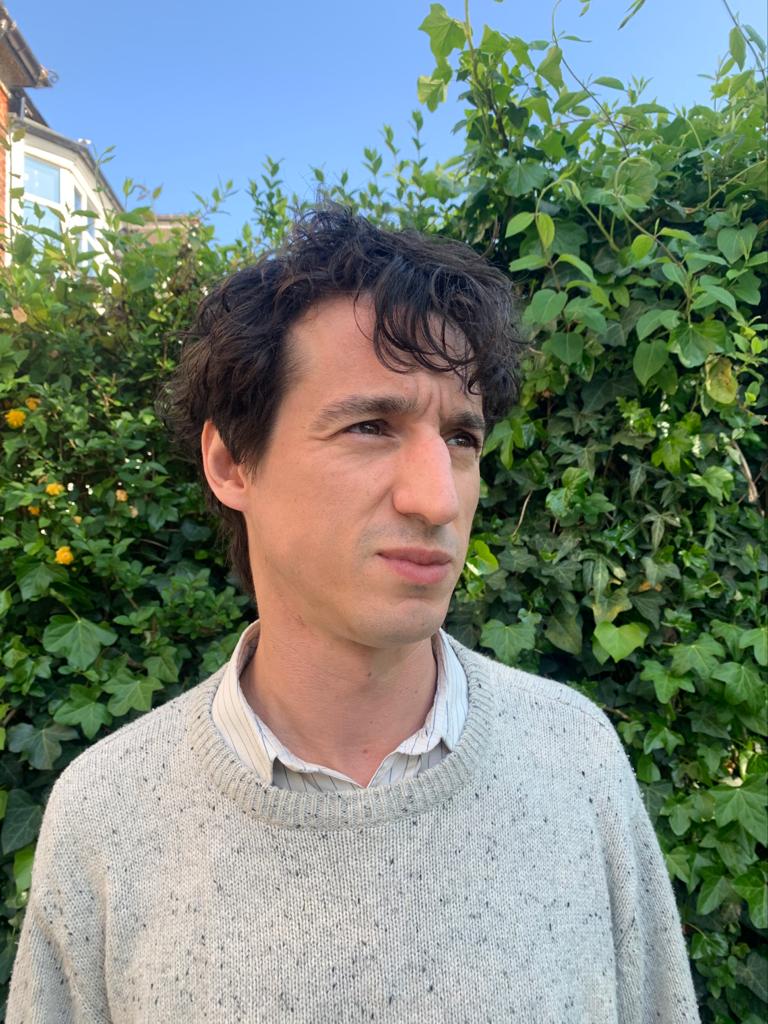 In the second of our regular collection of letters from Fat White Family’s Lias Saoudi, the writer’s mind travels from Brixton’s Windmill to Sebald’s Suffolk via a fictional Mexican border town and alights upon the most pressing question of the day: “will the pubs open again before the summer ends, and if they don’t, what’s to become of my sex life?”

I had the pleasure of finally reading Will Hodgkinson’s short history of the Windmill this week, an eagerly awaited Rough Trade edition for obvious reasons, one must keep a careful eye on one’s own canonisation, after all. For the most part Roof Dog is a great read, the only part I found a little irksome was his lauding of the Shinichi Suzuki method and the like; I have no personal problem with exquisitely trained young musical impresarios re-hashing the Mancunian prole art threat of The Fall, but surely the irony of it is at least worth pointing out?

Perhaps I’m just pining for a by-gone phase of the gentrification process, one where there wasn’t such an emphasis on being able to keep time, and where having a father that bitterly disapproved of what you were doing wasn’t just favourable, but essential. I suppose what I lament is the transmogrification of a culture of ‘refusal’ into one of ‘acceptance’. I realised after many years spent battering my head up against the brick wall of a rigidly codified London music world that the only way I would ever transcend my lack of music training or education was by making friends with Saul (who knew all the chords) and eventually covering myself in faecal matter. Twice I made my way down to the crossroads then, so obviously it breaks my heart a little to think all of that unpleasantness could well have been avoided had I only had the good sense to grow up in the catchment area of the Brit School.

As I’m sure is the case for many of you out there my attention span has started to acclimatise to our ‘new world’. At first, I found it difficult to read anything other than the increasingly grizzly headlines pouring in every day; a habit which has thankfully subsided now, oddly enough just as we seem to be reaching peak grizzle in this country. Remember reading about Italy when they were at this point? It was genuinely scary, right? Now other than a mild anxiety concerning the wellbeing of my mother all I’m really worried about is whether the pubs will open again before the summer ends, and if they don’t, what’s to become of my sex life?

For the most part I’ve been pouring my surplus attention span into finally winning my personal battle with Roberto Bolano’s 2666, a nigh on thousand page labyrinth of tangential disorientation and lyrical sublimity, whose plot ferments around and within the fictional Mexican border city of Santa Teresa, where a seemingly never ending string of brutal femicides are unfolding, mirroring the situation of the real life Mexican border town of Juarez, which experienced the same orgy of bloodshed in the 1990s. It’s divided into five books; in the first three of these the murders appear on the periphery of the imagination, they are gently alluded to amidst an accumulation of crisscrossing character developments and inhumanly deft narrative deviations. Then you hit book four ‘the part about the crimes’ and you are met with a hefty deluge of utterly unsentimental accounts detailing the precise nature of each act of supreme violence. Eventually the words ‘vaginally and anally raped’ are boiled down to nothing more than meaningless shapes on the page that you end up scanning across in search of the next plot development, in search of something conclusive in the great jungle that is Bolano’s 2666. Book five awaits…

I’ve also picked up W.G. Sebald’s The Rings of Saturn once more, having abandoned it two days into my last UK tour around 6 months ago, a tour I’d hoped to conduct sober for the first time. For 48 hours I was on a regime of green tea and literature, for 48 hours I was aglow with a rampant smugness, my wellbeing in the face of seemingly impossible odds glistening like a new-found treasure. In my head I heaped silent pity upon my poor comrades, as their minds and bodies once more embarked upon the soul-withering series of chemically induced convulsions that constitute your average tour with Fat White Family. My abstinence was thwarted shortly before the second show in Edinburgh sadly, when my dear friend Laura showed up with some innocuous looking, seed-like magic mushrooms. I had to leave the stage halfway through the gig to be sick for 15 minutes, Saul’s tender delivery of Goodbye Goebbels coming through the walls as I wretched with terrible violence into a sack of rubbish backstage, my tour manager patting me on the back the whole time asking me whether or not I was OK.

With little more than endless trips to and from Budgens to look forward to in London now, and what with a spitefully voluptuous spring frothing up all around us, baring its now all but forbidden charms, Sebald’s book seems positively medicinal. His account of a voyage on foot up the east Anglian coast in the summer of 1992 reads like an ecstatic dissection of time and place, baffling in its sheer learnedness. Not unlike Bolano, it’s his ability to suddenly sing sideways which is so mesmerising, only here the devil is in the academic detail as opposed to its population of characters and their respective libidinal thrusts. No sooner than five chapters in do I find myself loitering around the rookery at Streatham Common, staring at a magnificent cherry blossom, waiting for a Sebaldian voice to spring to life in my head. For a moment I toy with the idea of the blossom as an analogy for 2666, but swiftly realise this is perhaps the most pretentious thought I’ve ever had, and quite probably the most pathetic. Back to remaking Shawshank it is, then…