Lightning On The Sun – Nicholas Hogg 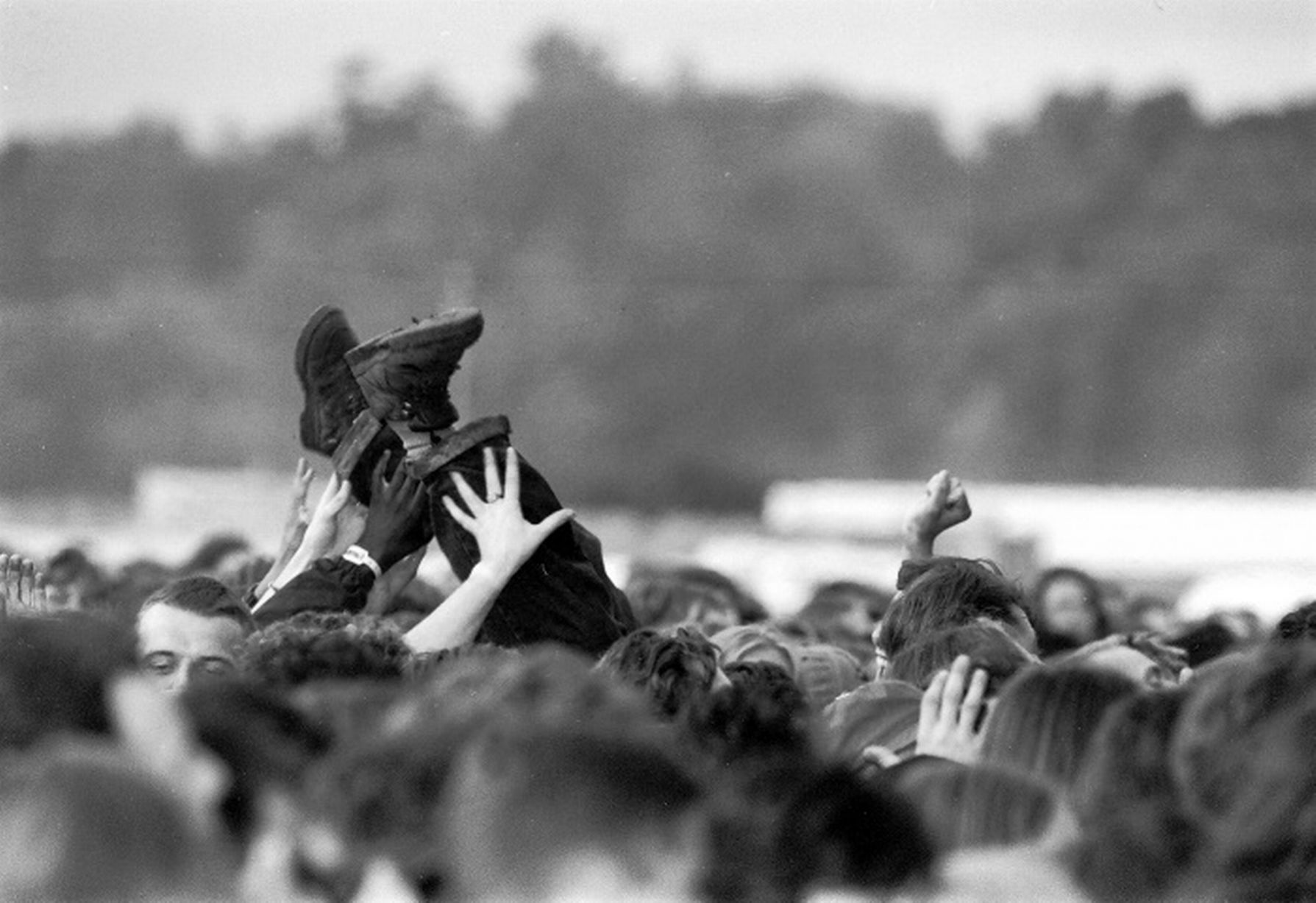 In the dingy backrooms of beer-damp pubs, where the snakebite and black

glowed in plastic cups, and the curling wraiths of cigarette smoke

I’d held the blue volts of youth aloft. Triumphant, above the shaggy-haired

crowd too young to drink, already buzzed on Hooch

in the dark of a mosh-pit trance, where, in the music video of our future,

we danced like Shannon Hoon in the California sun,

and there was never any rain.

Unlike Reading Festival in 1992, when the sag-bellied clouds

burst like bombs on a wet summer party, and we skinned up by the M25

in a portaloo. Our heroes

were Lane Stayley, Chris Cornell, and Kurt Cobain – who I once saw wheeled onto stage

in a hospital gown, resurrected on the water of a sodden set

while the acolytes bowed below.

by a bridge in Wales, and stepped off the Earth.

Gods and monsters, the boys in bands with carefully ripped jeans,

you were the pagan saints of grunge and gloom. And then the wreckage of a comet found glowing in a field.

Nicholas Hogg is the author of Show Me the Sky, nominated for the IMPAC Dublin Literary Award, and Tokyo, for which he received an Art Omi fellowship in New York. His short stories have won numerous prizes and been broadcast by the BBC. Winner of the 2021 Gregory O’Donoghue International Poetry Prize, and twice shortlisted for the Eric Gregory Award for young poets, his most recent work features in Ambit, Bath Magg, and The New European.

Image: Reading 1992, credit Berkshire Live – loads of great shots from the festival on there.