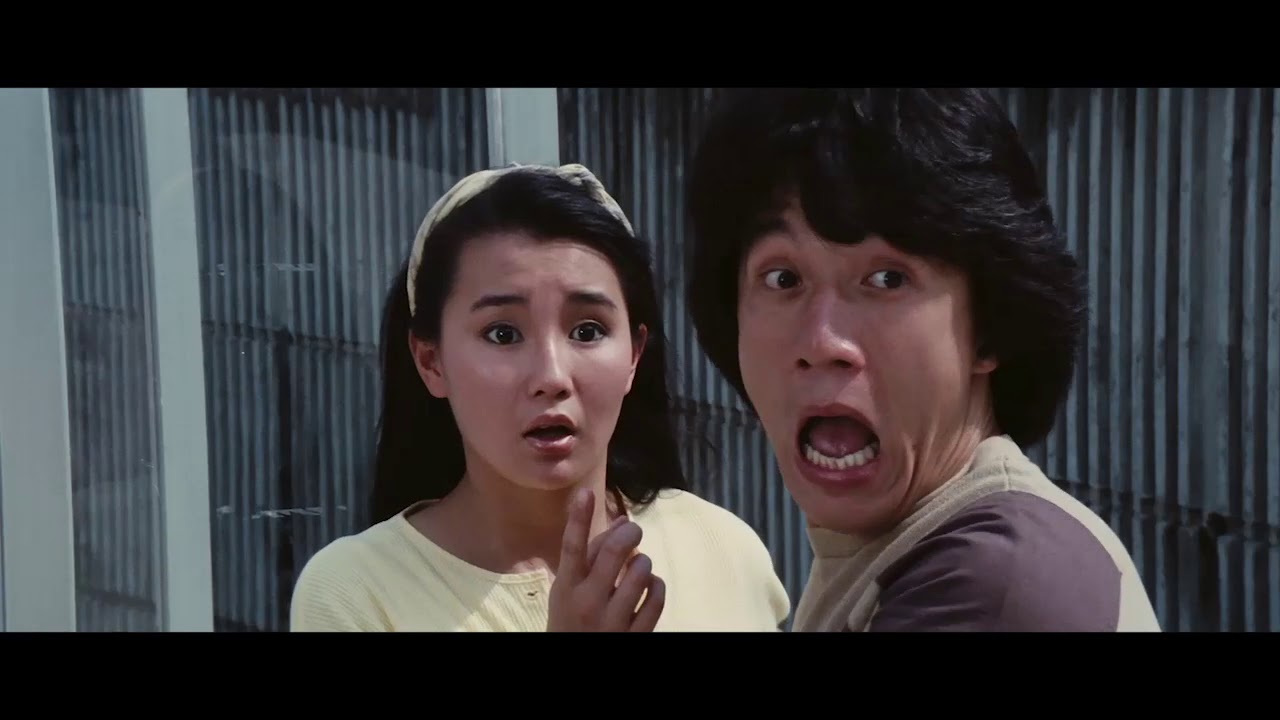 You know what, 2021 is the year that killed some of my favourite movies, dead.

So you know how it’s really hard to listen to R. Kelly songs because, well, R. Kelly? I mean, yeah, at one time, in the innocent early noughties, Golden Showers could’ve been a subtitle for the fourth Indiana Jones movie, then you found out what a’gwan, and if you’re like me, you either ignored it, or dismissed it as “white people trying to bring another successful black man down! They tried it with Dre, Micheal, Cosby, Tupac and Tyson. Always the rapey accusations. Coincidence? I think ye not! Resist!’ etc. Except now, you can’t ignore it: there’s a HBO documentary, there’s been article after article, there’s been #metoo, there’s the whole R Kelly Is In Fucking Jail, awaiting trial and now nobody listens to Ignition Remix in public because how even dare you give that monster even $0.004 in streaming royalties?

Well, imagine: there’s a film you like. That film’s premise hinges on a belief you hold in the real world, for example: The Exorcist bangs different when you’re an evangelical christian. It just does. Yes, it’s fiction but that could totally happen, you know? God is real and so is the devil. This may as well be a Netflix documentary. Pazuzu: Inside The Mind Of A Killer. Then you grow up and become an agnostic atheist, and now you’re watching child abuse and religious extremism play out: still a good movie, but it’s not the same thing.

Or let’s say you believe There Are Some Good Policemen, And The Police As An Institution Can Be A Force For Good. Then 2016-2020 happens, and just like that, Beverly Hills Cop isn’t funny anymore. Bad Boys is a two hour recruitment tool with fast cars and explosions. ACAB, you’ve been cheering along the bad guys all along. You can’t switch off and enjoy the Police Story Trilogy like you used to, because really, Jackie Chan is just a state sponsored bully. A funny one, but still a bully. #dirtyharrywasalwaysthevillain.

That’s what 2021 has done to me, pulled the wool down, wiped the scales off.  It’s shattered my appreciation for some classic movies, because now I know people just wouldn’t behave the way the film suggests.

I’ve spent too long thinking about this, so what’s ruined for me, is going to be ruined for you. See examples below:

In Jaws, there is a shark. The shark likes human flesh. One scientist is like “woah guys, let’s close the beach”, but the mayor is like “lol, nah”. Then everyone is summering on the beach, and the shark has a midday snack. Town is horrified. Beach is closed, mayor loses reelection, shark is shot.

Except, that’s what we wish would happen.

In real life, not only is the beach staying open, but people will actively fight for their right to skinny dip whenever, and any attempts to make them at least stay in a boat or god forbid wear a lifejacket will be dismissed as a Bill Gates scheme to steal freedom, just like that film that came out in nineteen eighty four, Big Brother. Think about it: how many people were on the beach in the movie? Let’s say two hundred. How many people did the shark kill on that day? One. That’s less than one percent; roughly same mortality percentage as Covid. ‘Rona deaths are everywhere, online and off. We’ve all seen the virus bite away the lives of our loved ones, friends and acquaintances. ICU beds are occupied, people are dying needlessly, and yet, somehow, in Texas and Florida, some people are refusing the vaccine. Some people won’t wear masks because the shark never did nothing to me. The Floridan governor is threatening any business who forces a mask mandate with fines. Some people would rather eat a version of Ivermectin that is specifically for deworming horses, which is like jumping into a shark infested beach covered in pigs blood because a YouTuber assured you that sharks hate pig’s blood and you shouldn’t trust the experts. Close the beach? Lol, nah, people will not be inconvenienced, they’d rather take their chances with the toothyfish. Plus, the mayor would probably run for president next year.

The World Will Never Come Together

At the end of Independence Day, America shares their info on how to defeat the aliens with the rest of the world. Then all the fighter pilots from Europe, America, Asia, (and I’m assuming Africa too), all unite against the invaders and kick ass. Yay humans. We win.

Except that’s not how it would happen, is it?

First of all, America? share? America would patent alien killing info so hard, Thomas Edison would get a graveyard boner, even though sharing is the only way to beat the YES THIS IS ANOTHER COVID PARABLE WHY IS THE WEST HOARDING VACCINES AS IF ANY NEW VARIANT FROM POORER COUNTRIES ISN’T GOING TO TRAVEL OVER AND AFFECT THEM TOO I MEAN WHAT GOOD IS MONEY IF EVERYONE IS DEAD I digress. America can’t even coordinate fifty states to distribute a free vaccine. America can’t even tackle the climate change that’s eating all its forests and drowning New York. You’re expecting them to lead a strike against a global menace threatening the survival of the human race. Can’t see it. Improbable. Independence Day doesn’t bang, anymore. I’d expect Republicans to try and strike a deal with the invaders just to own the libs, the UK to follow suit, and for The Times newspaper to publish an article titled “Why We Should Live With Annihilation”.

I used to love West Wing. I used to love House Of Cards. Smart people doing smart things, talking real smart; that’s my jam. You might not like Frank Underwood (and you probably really hate Kevin Spacey) but all that machiavelliany and theatrics makes for good drama. All the issues were realistically complex, compromise, sacrifice and process was how things worked. Just like real American politics, I thought.

And then Trump won in 2016, and even more so than Kevin Spacey getting booted off House Of Cards for allegedly being a rapist (which is just mad, that Netflix has better morals than the American government. Wonders). I couldn’t watch it anymore because, lol, a woman president? People making rational decisions? A bare minimum decorum in the highest office? A house of congress or parliament not run by charlatans and imbeciles? Lol, nah, I can’t see it.

2016 IRL killed House Of Cards and any political drama that wasn’t about politicians trying to either mitigate or take advantage of a Trump-and-Brexit like phenomenon. And now, in 2021? Trump is gone and in his place are minor goblins. Nuance is out the window: you may have heard recently that Texas not just banned abortion, but incentivised citizens to stitch on their neighbours for a ten thousand bounty. Have you seen the republican party recently? Have you seen the Tories? Im sorry, but Madam Secretary and Scandal or even The Thick Of It just don’t work because everyone on screen is too respectable and competent and not-so endlessly evil and stupid you are left breathless at the power racism has over people’s voting choices. It just doesn’t work anymore, American Television. I’ve seen how you do politics, your dramas is too fake.

If The Truth Comes Out…. Nothing Will Happen

God, I was a sucker for this particular nugget. Solvent Green is people. Wear the shades and see the aliens. The Stuff is aliens. Once the reporter gets the news to the paper, or uploads the hard drive to the web… the bad guys have lost, or gone to jail, or just exploded in broad daylight from utter shame, and life will be back to normal.

Yes, I am a fool. I believed this. I watched films that reinforced this trope and went yay, this is how life is like. And for my troubles, I have lived through Trump and Boris. Boris in particular has barrel-rolled through scandal after scandal, only to be rewarded with more points in the polls. Trump allegedly called Africa a “shit-hole” continent, allegedly called the US servicemen who died in battle “losers” and was impeached twice, and only really lost the election because people weren’t yet used to their leader letting hundreds and thousands of them die from Covid 19 Part 1: The Alpha Variant. Imagine watching They Live, or Solvent Green now, and thinking the truth would change anything.  We live in a post-truth dystopia, my gs, where noise matters more than content. Soylent Green? You’d have youtubers explaining why eating people is good, actually, and anything otherwise is socialist garbage #theirbodytheirchoice. Watching They Live right now? Rowdy Piper is being well silly trying to wake people up with facts, and so am I for watching this damn movie and imagining a different world.