Monument Maker: Book Eight. Proceeds From The First Synod Of The Society Of Irregular Research And Knowledge (SIRK) 1993 by David Keenan 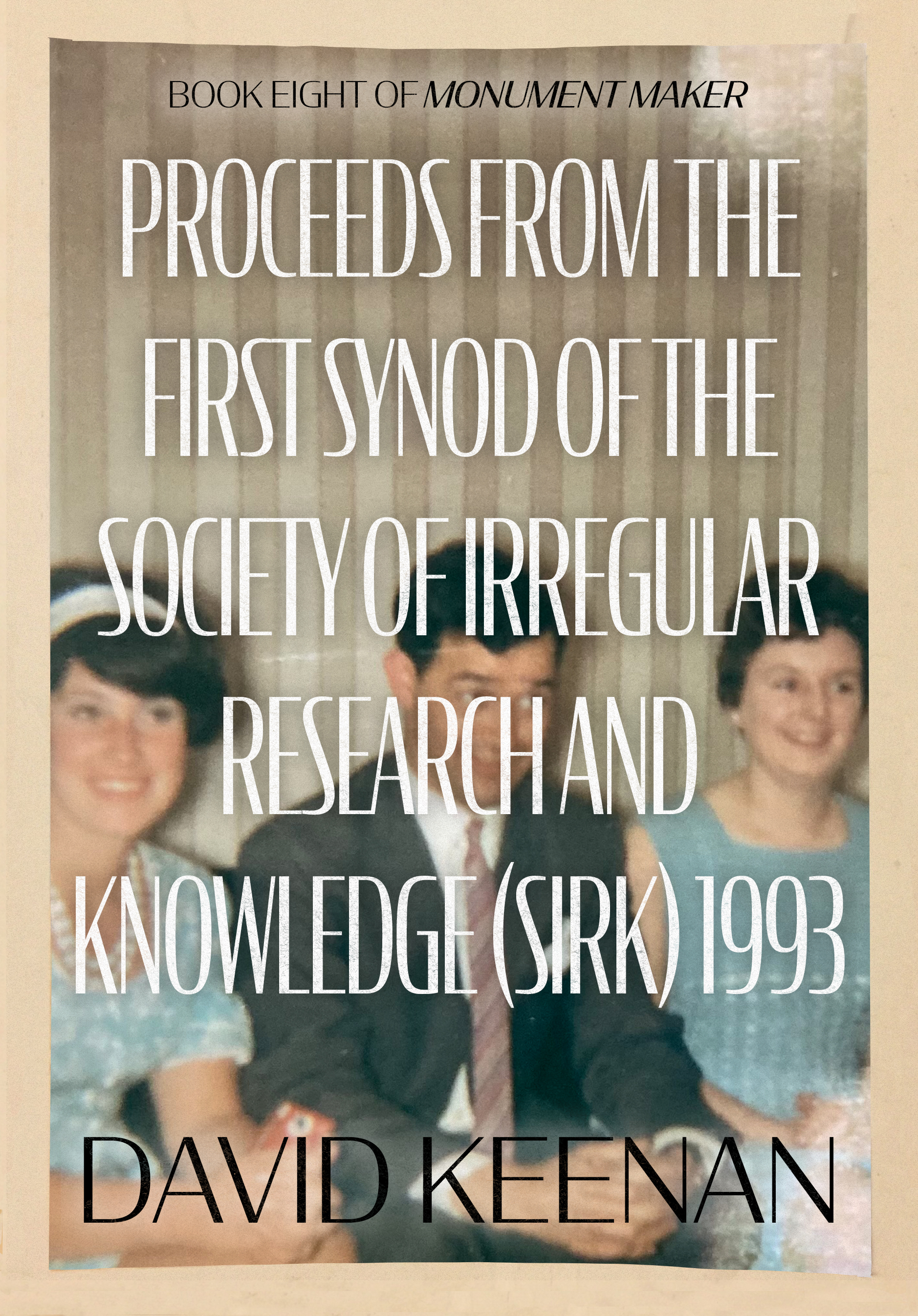 I turned to my boy, and without thinking, without an idea in mind, I began. Let me tell you the story of a man who tries to build himself a time machine, I said to him.

He was the anti-Houdini, that’s how one of his followers described it, and by now they were all followers, disciples, witnesses to his turning back the power of the tide, and the decision was made to go public, to report the startling results of the experiment, and despite the recorded evidence, the floating towers, the stone of in the beginning, the comparisons to Treblinka and Belzec and Colditz, they were widely guffawed. The experimenters were called everything from mystics and psychic investigators to crackpots and poofters, alongside hints that they were actually a secret boys’ club that had more to do with bringing back the glory days of Rome than fighting for equal opportunities in time travel. Yet amidst all of the moral hysteria, which really was a terror of the past opening up and becoming accessible to anyone, from the authorities and the police through the widowed and the wounded, a concern that the first use of time travel would be to right rights and to avenge wrongs, and so the establishment closed ranks and science turned its back on them, and it was left to the counterculture – a culture that to all intents and purposes the warrior monk despised – to propagate his views and to campaign for government funding for further experiments. Soon he rose to the status of a cause célèbre in the underground press, on the level of a Mel Lyman or an R.D. Laing or a Sun Ra, where he lashed out at the scientific establishment and instead courted artists and musicians and poets, poets most of all, now rethinking his experiment as an exercise in poetry.