Monument Maker: Book Four. The Gospel According To Frater Jim by David Keenan 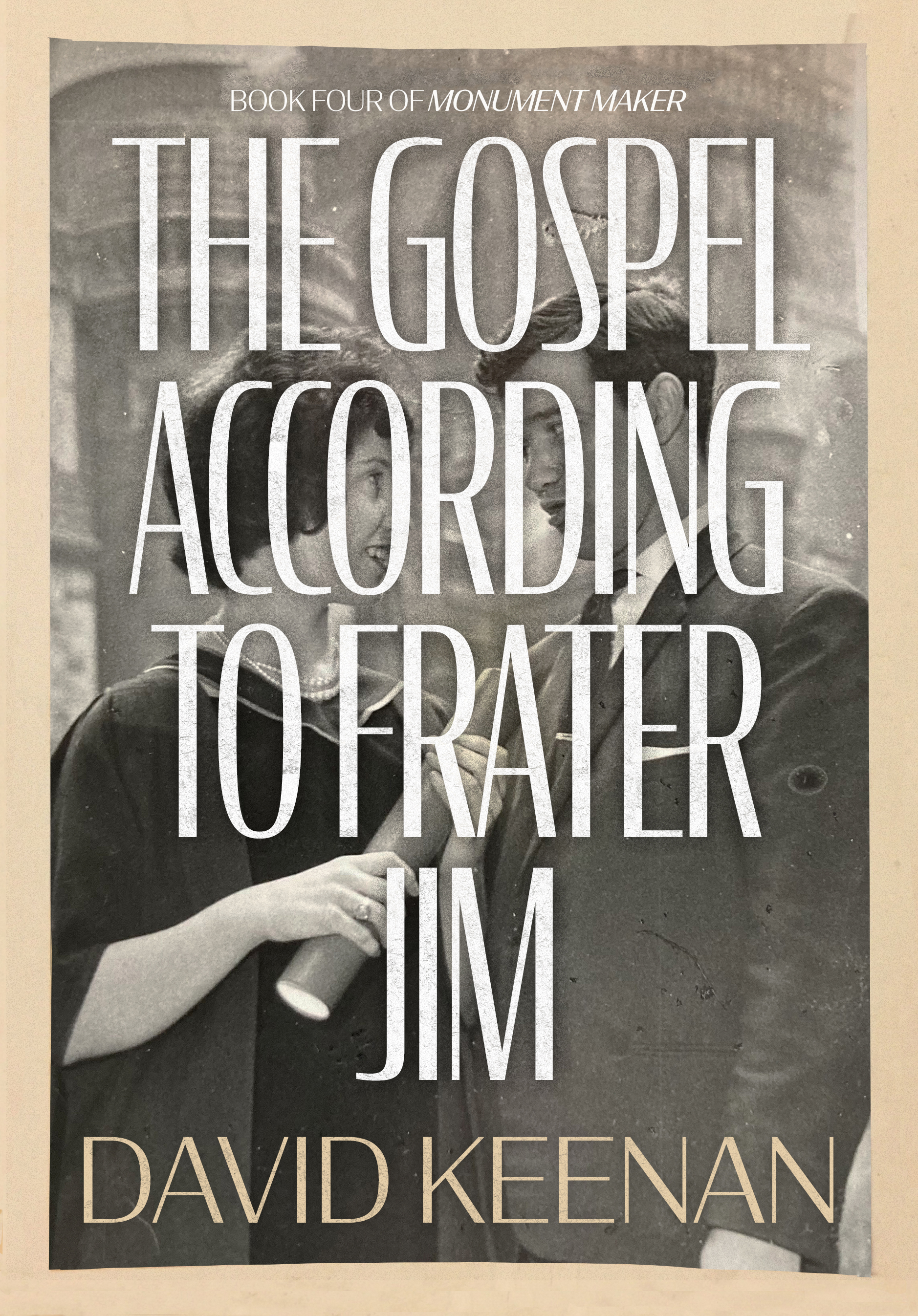 I saw a ghost once, the man with the obnoxious tattoo interrupted, steering the story somewhere else completely, and despite what you say, in my experience, ghosts are quite beautiful, he continued, and this story, he interjected, might go some way towards explaining the provenance of my unfortunate tattoo, which, believe me, I am aware that you have been clocking the entire time, though I’m surprised with some of you being sea dogs yourself that you’re in any way perturbed by amateur pinwork, what’s the matter, boys, never seen an unidentifiable on the arm of an old salt, well, let me tell you how it came about, and what it is, if none of you have guessed yet, and this requires us going backwards instead of forwards, but at least that way we’re dealing in verifiable facts, am I right, in things that have actually taken place rather than flights of fantasy or confidence tricks, not that I’m saying you can’t see the future, and I do think it’s a skill to be able to see the past and see it clearly and it’s true, if you think about it, that there might well be as many alternate pasts as there are potential futures, if you were to add up all the eyes that have taken in the same scene, all the brains too, and all the different parts of the brain, for that matter, and memory, too, memory too comes into it, I’m not saying anything controversial when I say that no two people remember the same thing in the same way, am I right, lads, memory colours the deal and the colours are often rudimentary, just as this tattoo on my arm is a little, well, a little roughly sketched, I’ll give you that, and we’ll get to that, believe me, but first just like our faceless friend The Oddity here, he said, and he pointed his chin towards me, his awful chin, it occurred to me, even though I was the one with the hideous face, supposedly, and he continued with a date, it’s 1936, he said, and the war hasn’t even begun.

Sure, there’s unrest here and there, there are signs up ahead, is what I’m trying to say, but back then it was still possible to be romantic, to look to the future with something other than trepidation, you might say, it was still possible to swim naked in rivers and to make love to young girls on the banks, in the grass, in the summertime, without a care in the world.