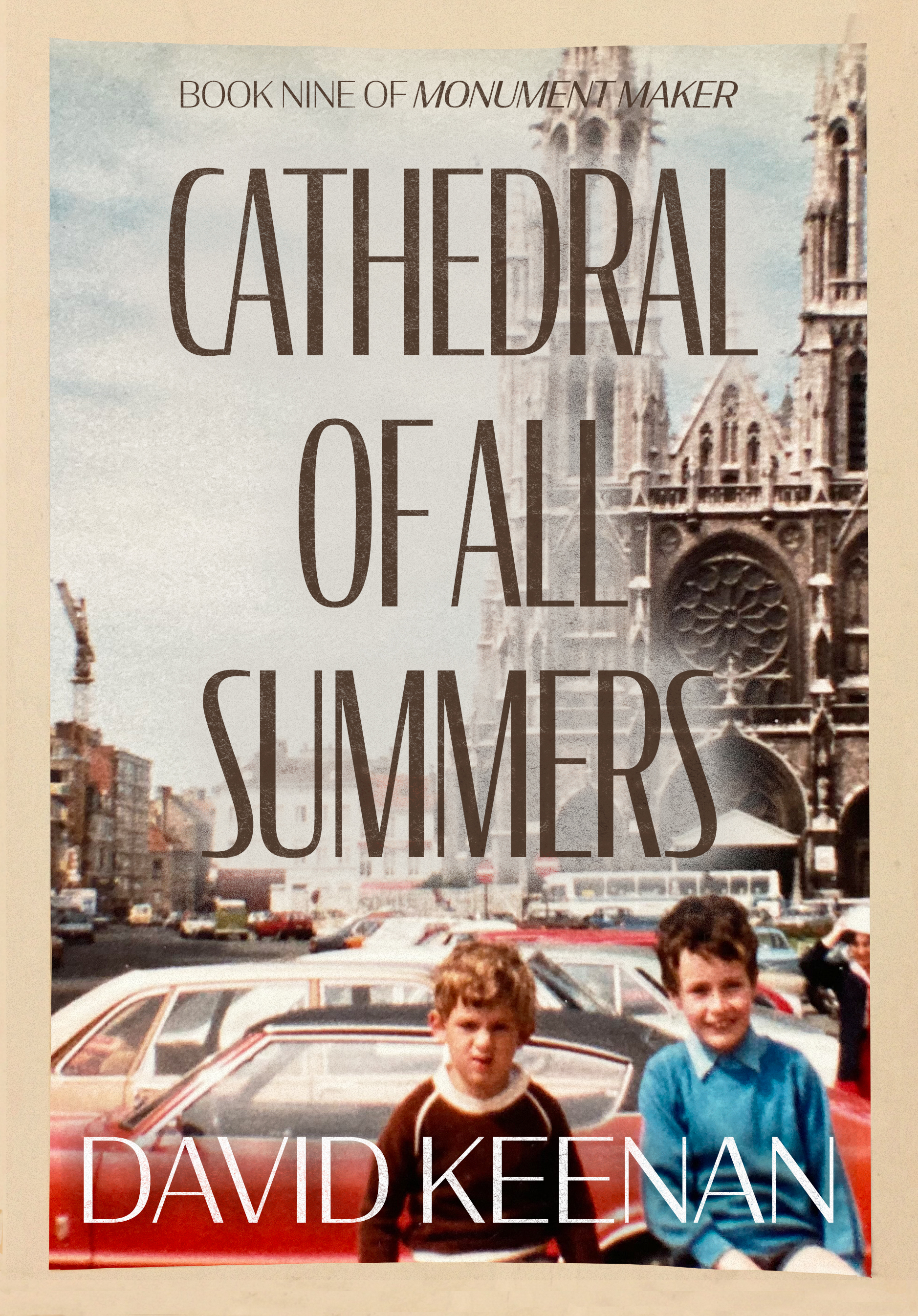 – Limping Waiter in a Cafe in Greece – chorister.

– Line of German Soldiers Stood Motionless Along the Cliffs – choristers.

– The Lion of Judah – ravish me, in the moment, extinguish me, now.

– The Little Girls of France – how their fathers kiss them.

– Little Kid in White Briefs Holding His Nose as He Jumps into the Water – chorister.

– Little Sparrow Who Cannot Sing – for God has stopped her throat.

– Luke – one of only two Gospel accounts that mention the miracle of Christ’s virgin birth.

– The Luna Armada – mysterious moth-like formation of spectral entities or crafts which made assault on the Victory Gardens as moths drawn to the moon on Saturday 20 April 2099 at approximately 3.14 SST. There is a lore of days.

– Martin Luther – For I am dust, and ashes, and full of sin, and I am speaking to the living, the eternal, and the true God, and there is no bargaining with him.

– Mel Lyman – cult leader who laid holy siege to America and cut a brilliant album with his Family called American Avatar and who died, at the age of forty, of no cause of death whatsoever.

– Arthur Machen – author of the classic ‘The Bowmen’.

– Sainte-Marie-Madeleine de Vézelay – abbey that presents the most imperturbably alien manifestation of the unknown God in Romanesque sculpture.

– Madman Breaking from the Crowd – chorister.

– The Madonna – Mary Mother of God.

– The Mahdi – prophesied redeemer of Islam.

– Yasser Mahmoud – aka The Ostrich due to his preferred mode of execution, which alternated between upside-down crucifixions over firepits and being buried alive, head first.

– Man Carving a Wooden Madonna During the Invasion of Crete – chorister.

– Man Clacking His Stumps Together in a Frenzy – chorister.

– Man in Black Trunks Applying Suntan Lotion to a Blonde Woman in a Turquoise Bikini Who Is Complaining That He Is Too Rough with His Hands – choristers.

– The Man on Stilts – ghastly omen of Khartoum.

– Man Returned from Mars with His Memory Wiped – chorister.

– Man Smoking a Cigarette with a Pockmarked Face on the Cover of a Book – got to be Blaise Cendrars on the cover of the hardback of Selected Writings published by New Directions.

– Man Spread Out on a Bunk – chorister.

– Man Standing in the Street Smoking Kif in Khartoum During the Siege (Occasionally He Licks His Lips and Scratches His Face) – chorister.

– Man Who Runs an Eccentric Bookshop in France – chorister.

– Man with an Old-Fashioned Blunderbuss – chorister.

– Man with Red Swollen Eyes and a Burned Moustache Rocking on the Floor in What Appears to Be a Pool of His Own Urine – chorister.

– Man with Tightly Curled Hair and the Swollen Nose of a Perpetual Drug Addict – chorister.

– Man with Two Mangled Stumps for Legs Dancing on the Spot – chorister.

– Claude Mann – from Chicago, Illinois. Tank Battalion driver at Normandy. Killed in the battle for Bezange-la-Petite on 8 November 1944. Ecce Homo.

– Many-Tentacled Semi-Translucent Alien – feeds on our thoughts like a dog with a tapeworm.

– Mark – like any good biographer, Mark skips over the circumstances of Christ’s birth altogether, because everyone knows that is always the least interesting bit in biographies (except with Jesus, woops).

– Martha of Bethany – poor Lazarus’s sister who complained to Christ that surely, by this time, her brother’s corpse would stink.

– Mass Couplings That Appeared as Multi-Limbed Gods and Goddesses – choristers.

– Samuel Liddell MacGregor Mathers – co-founder of the Hermetic Order of the Golden Dawn, translator of The Bornless One aka The Headless One. Deathless, too, as his death certificate lists no cause.

– Matthew – one of only two Gospel accounts that mention Christ’s virgin birth.

– R.C.F. Maugham – author of the classic Jersey Under the Jackboot.

– Herman Melville – author of the classic Pierre; or, The Ambiguities. Likened the cries of the wounded leviathan to the sounding of the atomic pain at the centre of the world.

– Mrs Melville – Pierre’s mother, resident in the village of In The Beginning.

– Pierre Melville – author of Lonely Caravan, White Marble and Full Length Mirror, co-founder of the Church of the Stone of First Witness, architect, theologian, adventurer, lover of Hildegard von Strophe, one summer. One half of the science fiction pseudonym Paimon.

– Men in Cloaks with Horned Helmets in the Forest Around Villiers-sous-Grez – choristers.

– Men Passing Around Water and Smoking Kif and Speculating During the Siege of Khartoum – choristers.

– Men So Shrunken and Sunbeaten They Appeared as Children – choristers.

– Mental Case in a Chair – chorister.

– Freddie Mercury – what a showman. Stole the show at Live Aid.