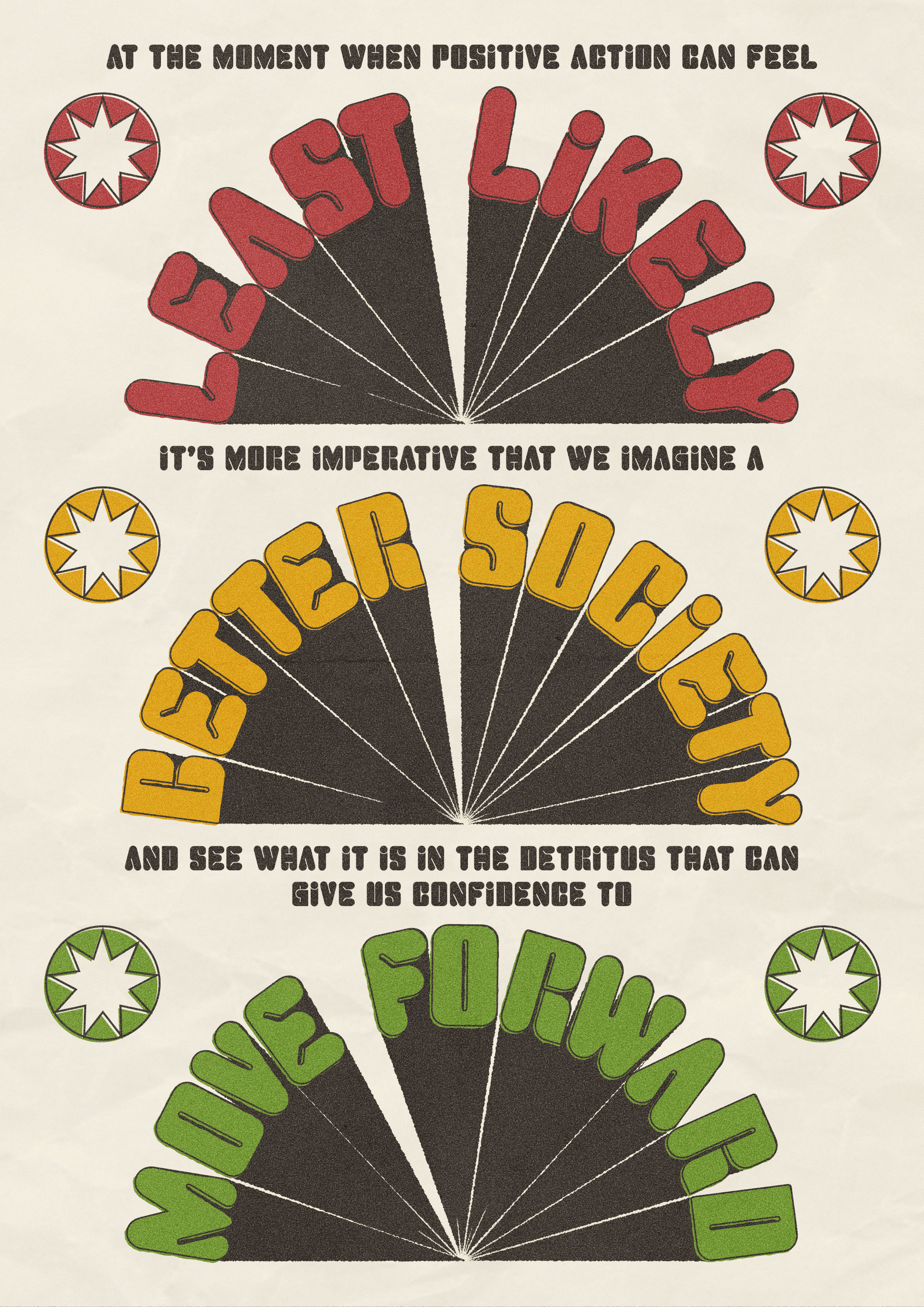 I shouldn’t have been surprised that as the world altered entirely, I’d be watching from the vantage point of the kitchen. ‘Second-Hand Time’ by the Belarusian author Svetlana Alexievich collects oral testimonies from ordinary Russian citizens on the fall of the Soviet Union, during Perestroika and Glasnost. A lingering image from this book has stuck in my mind during the past few weeks. “Kitchens” explains one testimony, “that’s where Perestroika really took place. In the kitchen you were always among friends. It was where ideas were whipped up from scratch. Fantastical projects concocted.”

It’s disorientating, everything changing around you whilst you’re unable to engage with that on a physical level, confined mostly to your home. At the start of March, I became quite quickly aware that the pillars of my precarious but cherished income – writing, café work, DJing – would be the first to vanish. With numb efficiency, I packed a bag and got on the train from Manchester to stay with my parents in Blackburn, and wait for the inevitable announcement of lockdown. I packed my bags with a lot of books, most of them still staring at me untouched. I’d sat in the kitchen, finding pretty simple text resembling a Rubik’s Cube. I couldn’t take things in, my mind was sharpening its limits for the future, brokering the terms by which I’d be able to find what comes next tolerable. An empty town square, it’s inhabitants dispatched to far-off battles. I got used to this quite quickly; a habitual procrastinator, it can be a good get-out clause suddenly finding everyone telling you that you don’t have to be productive. I learnt to be happy just sitting in the kitchen drinking and listening to music, or making the genuinely psychedelic leap to enjoying music on the tinny stereo in my childhood bedroom.

Going back to culture that you love can be a useful way to begin to re-engage with it – this worked for me. In despondent moments, I’ve re-read a blog post from the late cultural theorist Mark Fisher, one that’s felt uniquely useful and practical at this present moment. Fisher was writing in the immediate aftermath of the 2015 General Election. I was 21, red Labour balloons going flaccid around the feet of me and my housemate in the early hours of a night that felt like the first genuinely traumatic political moment of my lifetime (I didn’t realise then that this would get to be an annual event.)

Mark Fisher was looking to Deleuze and Spinoza for practical roadmaps from this despondency.

“There’s no need to fear or hope, but only to look for new weapons,” Deleuze writes in “Postscript on Societies of Control”. He was no doubt thinking of Spinoza’s account of hope and fear in the Ethics. “There is no hope unmingled with fear, and no fear unmingled with hope,” Spinoza claimed. He defines hope and fear as follows:

Hope is a joy not constant, arising from the idea of something future or past about the issue of which we sometimes doubt.

Fear is a sorrow not constant, arising from the idea of something future or past about the issue of which we sometimes doubt.

Hope and fear are essentially interchangeable; they are passive affects, which arise from our incapacity to actually act. Like all superstitions, hope is something we call upon when we have nothing else….We don’t need hope; what we need is confidence and the capacity to act.”

At the moment when positive action can feel least likely, it’s more imperative that we imagine a better society, and see what it is in the detritus that can give us confidence to move forward. Once it’s safe to do so, socialising and music will return. But how that’s organised will look entirely different. There will be jobs that exist now, that don’t then. Old economic assumptions, only ever just-about functioning, will be over, and whilst this is terrifying it’s my suspicion that those who acknowledge this quickly, and look to entirely new ways of operating, will likely have the edge. This isn’t wooly utopianism, but a recognition that the shock has already happened. Lias Saoudi, writing on these pages, touched on this when he suspected, without advocating, that culture “will return to the folkish for a while, speakeasy-type establishments over a hundred cap, illicit goings-on in the metropolitan backwaters, the odd countryside gurner.”

Though what we’re facing is unprecedented, many of the questions that the present moment throws up do look a lot like the questions we’ve been asking over the last decade. We know how to think about this stuff. What happens to radical culture when there’s no money, what does it do? Listen to John Doran’s ‘New Weird Britain’, a BBC Radio 4 series that last year documented the novel ways that underground culture in this country has responded to gentrification and austerity. Read Nathalie Olah’s ‘Steal As Much As You Can’, which examines the effects of a culture that marginalises working class voices, whilst also offering a roadmap for working class artists to operate in culture. And watch Jeremy Deller’s ’Everybody in the Place’, his hugely inspiring documentary about acid house. At a moment of maximum despair – economically humiliated by Thatcherism – a group of unconnected, enthusiastic amateurs made a positive, utopian intervention in their own culture. Putting on parties in disused buildings, it was quite a strange thing to do, but it’s now a canonical part of our culture in this country. We’re more equipped for what comes next than we might at this moment think.