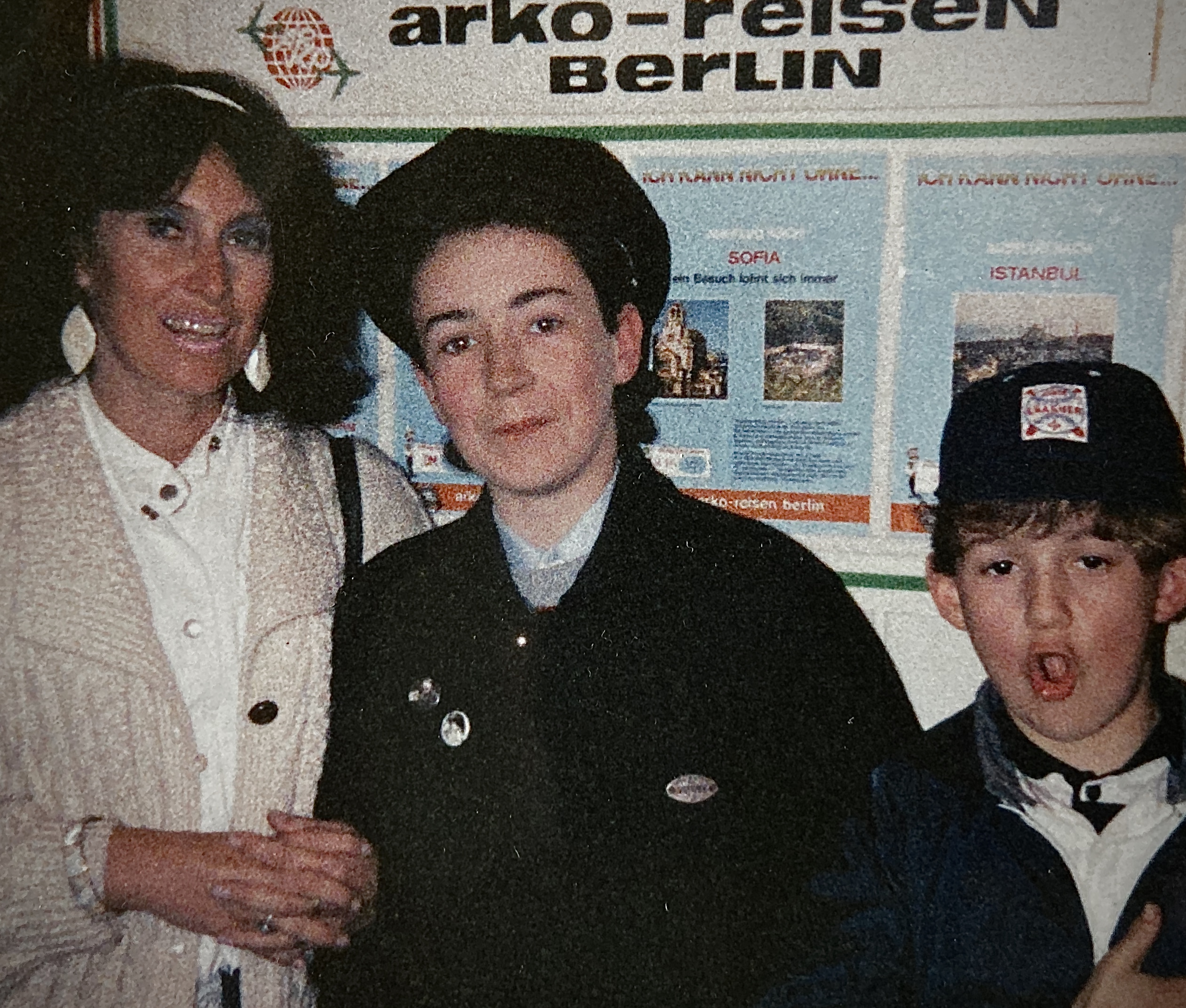 When he was twenty-five, Muntu finally returned to Poland. We say returned, although he had never actually developed a single memory of being there. It was simply where his roots lay. Though of course, we are forced to admit, no roots lie simply. He took a train all the way across Europe, through France and Belgium and Germany, in effect reversing the route that his family had taken. It rained constantly on the journey so that Europe appeared to Muntu at first glance as if a tiny movie set, a tiny movie set whose furnishings were constantly being rearranged from a prop store hidden behind sheets of impenetrable rain. Then the rains froze, and the continent unfurled on a blanket of pure white. Skaters played across frozen rivers and waved as he passed. No continent is better suited to its rendering in paint, Muntu thought to himself. Other continents are suited to music or to smells or to sculpture or to religious ritual or to a refusal of the arts altogether. Europe belongs to the painters. All of his reading in tatty old art books was coming true and lay frozen in front of him.

He arrived in Kraków on a bright if unaccountably melancholy winter’s morning. He checked in to a hotel on Józefa in the Jewish Quarter which, much to his delight, appeared as if it had not been updated since the 1950s. There was a single bed, a dresser and a wardrobe, and there was a window with heavy wooden shutters that looked out onto the street. The sheets smelled of linseed. The water closet goes unrecorded. Needless to say, this room in this hotel in Kraków became yet another annexe, another dusty wing in his memory, so that it appeared that he was revisiting it rather than experiencing it for the first time, returning to something he had put away for future reference. He called his family from a phone box on Józefa. Someone answered without speaking. In the silence Muntu almost fancied he could hear the mute movement of her lips, the quiet curling of her tongue.

Yes, Muntu said. Yes, I arrived safely, little one. Everything’s okay, Muntu said. I’m safe and well. I love you little one, he said. Now let me speak to mum. Then he listed all of the food he had eaten on his way across Europe to his mother. Then he told her about the weather and the smell of the hotel. Do you want to speak to your dad? his mother asked him. No, he said. No. But tell him that Europe looks like a famous painting, he said. Why he thought his father would care about such a thing no one knows.

The highlight of his first few days in the city was the retrieval of an iron and an ironing board from a cupboard in a back room by the cute Russian receptionist whose name was Svetlana and whose skimpy silken underwear made a tantalising appearance over the band of her slacks as she bent to unlock the door. Apart from that he spent the days walking aimlessly, visiting the supposed centre of the world on Wawel hill, the Wawel Chakra, home, that day, to a band of sleeping dogs, attending a Polish language mass in a nearby church where he was surprised when the elderly gent in the pew in front of him offered him his hand, being unversed, it seems, in the structure of the mass, specifically The Rite of Peace section during The Communion Rite where you greet the strangers around you in the hope of the peace of Christ, drinking a coffee at a pavement cafe, eating a meal at a Jewish hotel while enjoying the music of a klezmer trio confusingly made up of gypsies from Barcelona, attending a show in an art gallery that featured the mutilated bodies of mannequins, drinking a beer in a bar where he was hit on by a would-be homosexual, making quick sketches in prose of passers-by, watching girls roller-skating by the river, arguing over the price of pastries in some fancy joint, photographing a wedding party in a grand square, reading a collection of rants and aphorisms by Stanislaw Witkiewicz, that cold star, that lonely satellite of the interwar period, having strange moments of déjà-vu, of perceived synchronicity, over place names such as Zablocie and Nadwiślańska, Dajwor and Jakuba, and of course wondering about his roots, his mysterious roots, his beginnings in a country that seemed more like a painting or a dream.

Pre-order now from Waterstones, Amazon, or your local independent bookshop to access an exclusive digital prequel.