Over There – Camilla Blackett 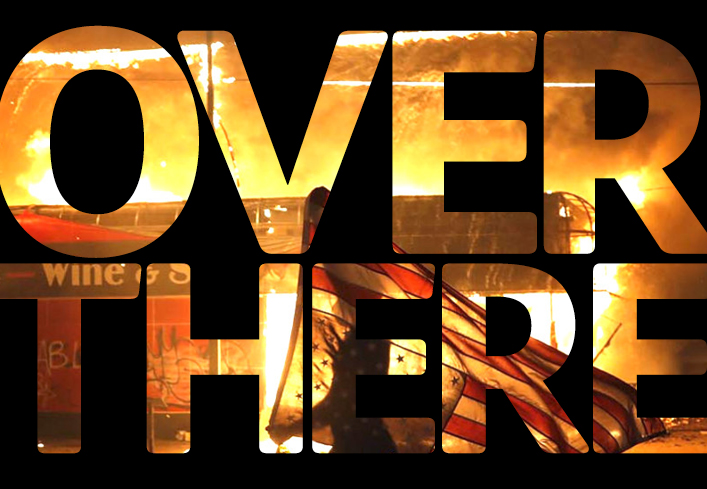 At the end of last week we asked friends in the States if they could paint us the view from there as part of our regular series and also what we could do as The Social Gathering to help. Screenwriter Camilla Blackett responded by holding up a mirror. Please read and consider what she’s saying. And to state the obvious, this is us at the Social stating categorically that Black Lives Matter.

As a Black British woman living in the US I was asked to help provide guidance on “ways in which people in the UK can help with the situation over there the US”.

And yet it is that particular phrase that sticks in my teeth.

Those two little words “Over There” have been present in all of the genuine and well meaning texts from white British friends as they express abject horror as they watch coverage of American cities burning in protest of a week of killings of Black Americans.

So let us talk about “Over There”.

“Over There” is a deft deflection.

“Over There” is a minimisation.

“Over There” is a denial that London didn’t burn for nights in rebellion against the killing of Mark Duggan and decades of violent racial profiling.

“Over There” is a pivot from the fact that in a pandemic, Black Britons are dying at four times the rate than their white counterparts due to structural inequality.

“Over There” is to silence Kayla Williams, a black mother of 3, dying from Covid after being ignored by paramedics.

“Over There” is ignorance to Cann Hall Police bragging on Twitter about increased powers to harass black and brown bodies in the full view of the public.

“Over There” is to ignore Desmond Mombeyarara being tasered, unprompted, by Greater Manchester Police in front of his small child.

“Over There” is to dim that black paramedics are detained and harassed simply for standing outside.

“Over There” is to suppress that Belly Mujinga was killed by the man who spat upon her and British Transport Police have still, done nothing.

But what’s most jarring about the phrasing “Over There” is that the supreme wealth of the British Empire was built upon going “Over There” and that the violence of that habitual impulse is at the very rotten root of what you see on fire in cities across the US today.

So my guidance to my white British friends is not to look “Over There”. It is to look at your feet. At the place where you stand. And to ask yourself, not how to assist in a rebellion overseas but to grapple with the one brewing in the proverbial teacup of home.

Why I’m No Longer Talking To White People About Race

White Privilege: The Myth Of A Post Racial Society

Camilla Blackett is a screenwriter based in LA