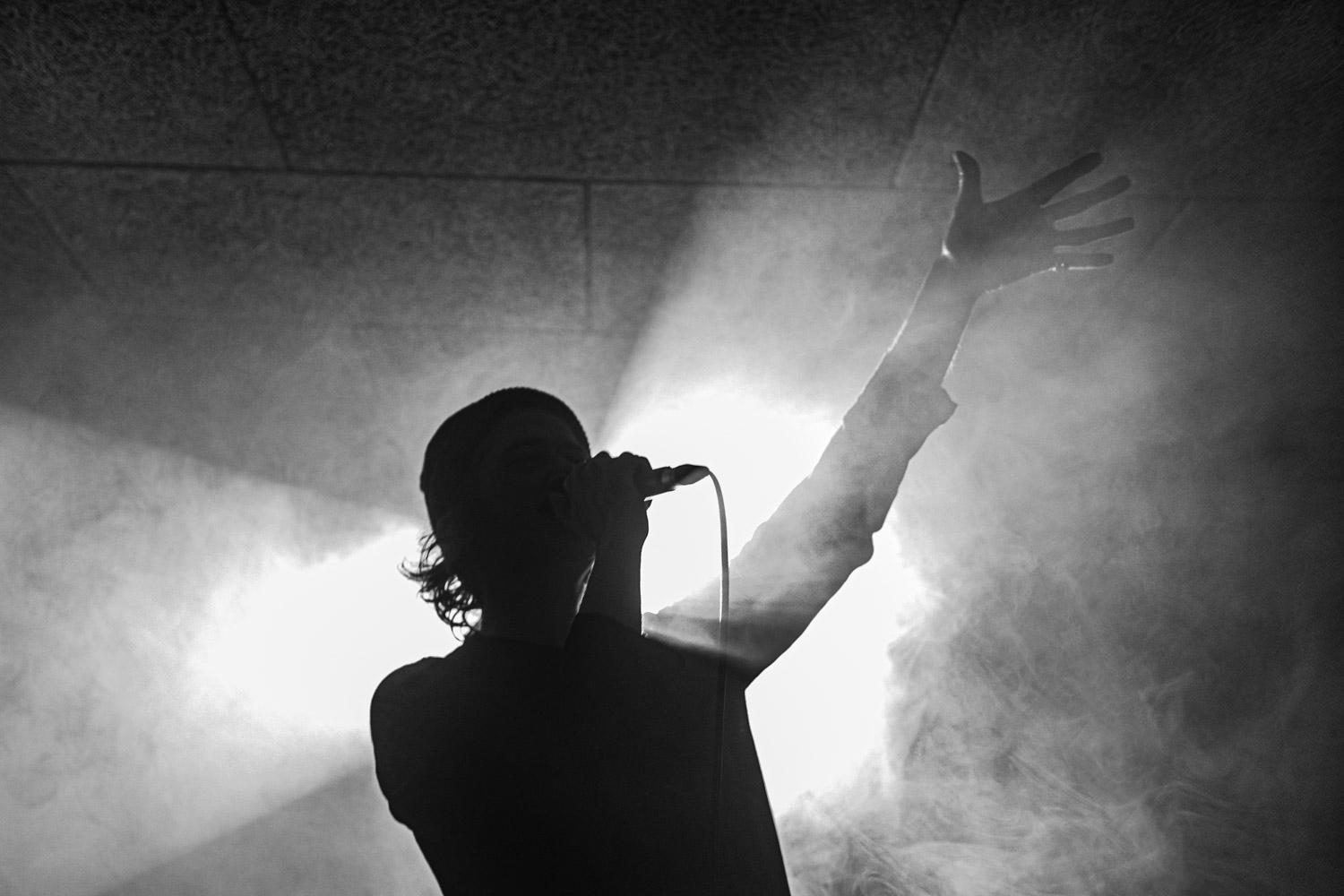 It’s the last week before the Christmas lock downs were enforced, and we’re at a sold out Sunday show with a performance by Social family members Pet Deaths, with the band showcasing new tracks from their as of yet un-released 2nd record ‘Unhappy Ending’. It was but a short couple weeks after this had to close early for the year and cancel our collection of yearly cosmic celebrations in the lead up to the winter solstice. In hindsight that magnified what has become a one of a kind Social evening, with the impending gloom of Christmastime adding a sprinkle of yuletide magic to the festivities. And luckily enough, all of this happened to be captured on film through the smoke and the haze by Ben Keeling and Ben Mellor-Heslop.

It was no plan of ours to look at doing any sort of live session with this, but once we had the footage and really remembered what a great night it was, we had to get it out there. Not just so everyone who was there could relive it, but so that those of you who missed it could join in with us now, bring their arms around ours and sway along together in the digital basement.

We’re hoping to do a few more things like this in the near future, so do get in touch if you want to get involved, and keep your ears to the ground for our next foray.

Pet Deaths’ made new album unhappy ending to be both explored and sat with. In age of dull disconnection and constant refreshing, the album was deliberately and acutely considered to be a journey of its own; nine new songs but one whole immersive piece for the listener to climb inside, in the quiet of reflection, in the sobering commute to and from. Recorded at a residential studio in Abingdon, Oxfordshire which they used as a retreat from the business of London – fleshed-out and toyed with over time with their acclaimed producer Ian Davenport (Slowdive, Gaz Coombes, Radiohead’s Philip Selway) who encouraged the duo to lean into the wilder parts of their minds. After a celebratory appearance at Glastonbury this year, Pet Deaths’ are set to play Audley End House with Elbow and Richard Hawley this weekend, shortly followed by a full European Tour with Folk-Rock legends Midlake as well as hosting their own headline shows in the UK in September (London, Manchester and Bristol.)