Rebel With A Cause: Phil May Remembered – Mac Brackstone 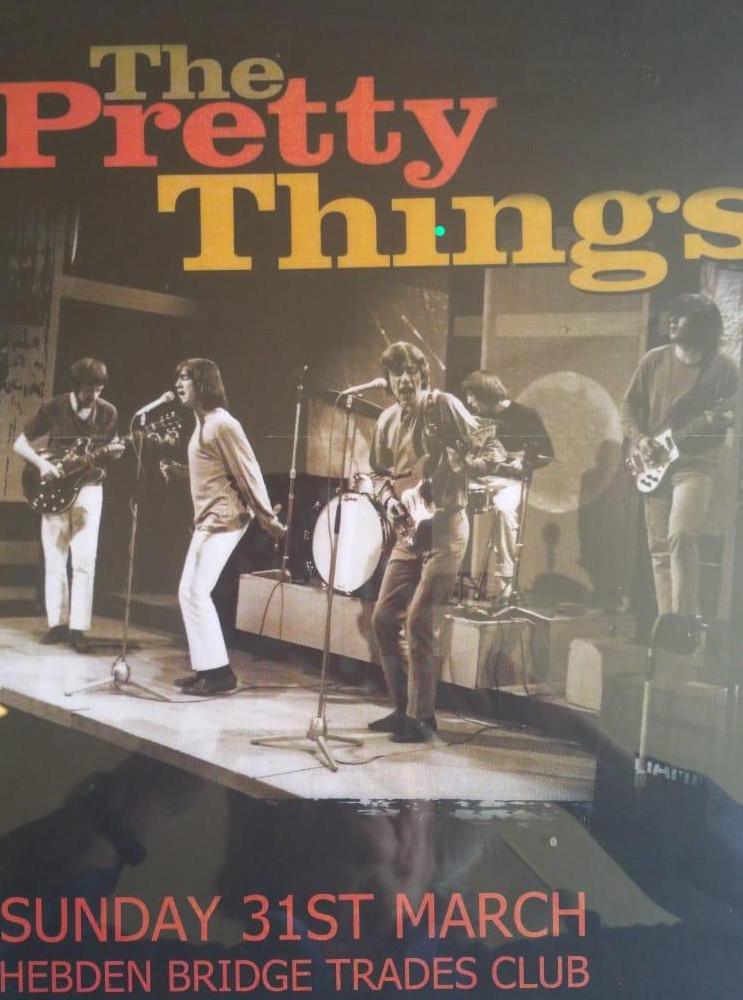 Phil May was born in Erith , a bleak, industrial town in the most easterly corner of London.  He lived a few streets away from me and was viewed with suspicion because of his rebellious, beatnik look and his shoulder-length hair.  He was always a rebel with a cause.

Jagger and Richards lived in neighbouring Dartford.  In summer 1963 they had set the Stones a’rolling.  This prompted May to form the Pretty Things with the Stones’ first bassist, Dick Taylor.  They played mainly Blues and R n B cover versions but their original songs like Rosalyn, Midnight to Six Men and Don’t Bring Me Down made the Top Twenty in 1964 – 65.

In 1968,  May, Taylor and Waller wrote a collection of songs for the album S. F. Sorrow which is now regarded as Rock’s first concept LP.  It sold poorly but Rolling Stone magazine rated it the best album of the year.  It is now a rock classic, many of the songs still featured in their set lists decades later.

The Pretties cut more fine LPs, like Parachute and Silk Torpedo, and played mainly small clubs and festivals, often in Germany, Holland and Italy.  Ten years or so ago,  I saw them at Fibbers (in York), where they gave an energetic and impressive performance;  so good that I went to see them the next night at Hedon Town Hall.  A year later I saw them at Hebden Bridge Trades Club and again they delivered a great gig.  May even gave a name check to Erith, the now post-industrial town we had both left behind forty years before.

May was the frontman, the driving force behind a Rock n’ Roll institution for fifty five years.  Several members of the band, including lead guitarist Taylor, served in the band for  decades.  The Pretties deserved far more recognition than they got in May’s lifetime but his musical integrity, humour and Rock n’ Roll attitude will remain a cherished memory to those who saw and heard a band consistently play great gigs ending in the very last one in December 2018.  The chosen venue was the Greenwich Arena just a few miles from where it all started down the river in Erith.  Regretably,  illness prevented me from attending but I’ve got the LP,  (The Final Bow) of the gig.  Needless to say, it was a very memorable occasion featuring guests Van Morrison and David Gilmour.  Poignantly, the red sticker in the vinyl 3 LP set describes the music as celebrating ’55 years of the greatest band most people have never heard of.’  Sadly, this time the publicity department got it right!