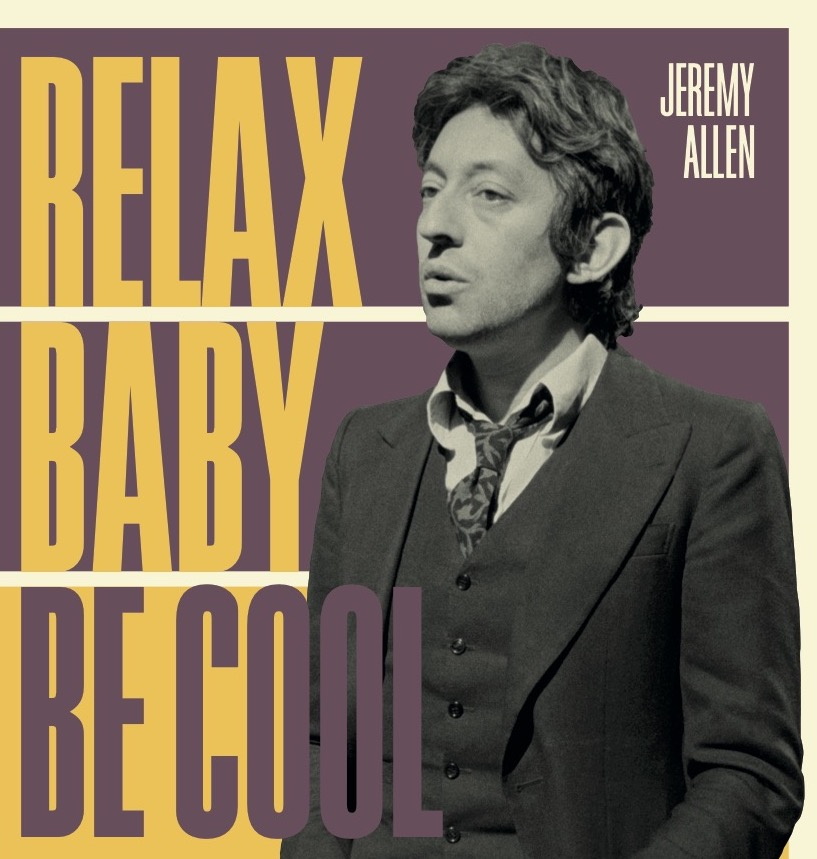 When Serge Gainsbourg died 30 years ago, he was a musical footnote outside of France. Gainsbourg was considered a novelty artist in Britain – the answer to a nagging question down at the local pub quiz, and remembered, if at all, as the guy who had made ‘Je t’aime… moi non plus’ with Jane Birkin. But then something strange happened.

As the collage approach to sampling exemplified by De La Soul and the burgeoning trip hop scene in Bristol developed; as the widescreen cinematic sound of Pulp and Air emerged – Gainsbourg was born anew. His looping melodies stealthily seeped into the mainstream, and through him, his contemporaries such as François de Roubaix and Michel Colombier began to be noticed in contemporary pop too. Soon, nobody was safe from Serge’s influence: Kylie Minogue and Robbie Williams; Danger Mouse, David Holmes and Dev Hynes; Beck, Arctic Monkeys, Die Antwoord and David Guetta; to the point where it feels as if Gainsbourg was conducting modern pop from his grave, like a seance gone wrong.

This month sees the release of Relax Baby Be Cool: The Artistry and Audacity of Serge Gainsbourg, Jeremy Allen’s meticulously researched new biography about the French singer, revealing an intensely public, yet strangely enigmatic figure, a persona hidden within a persona within a persona – fittingly, like a Russian doll. I spoke to Jeremy over the phone about Serge and his new book.

VK: How did you get into Serge Gainsbourg in the first place?

JA: In the early 2000s I had some friends in Dublin who were really into him, and I think that probably piqued my interest. We had similar taste in music – drinky music; Lambchop or the Bad Seeds, whisky-soaked at 3am and heartbroken over a girl kinda stuff. It was on my radar and then a DVD arrived at work when I was editing an online magazine called Playlouder – D’Autres Nouvelles Des Etoiles it was called – and I put it on and went ‘fucking hell’. It was one of those moments that only happens about three times in your life – you witness something and you say ‘yes! This is for me. This is mine’. I didn’t understand what he was singing about but the stars still aligned somehow. I had to find out more. This was 2005 so it wasn’t pre-internet but there weren’t ways of finding out like there are now.

VK: YouTube had only just started then hadn’t it?

JA: That’s right. I gave up drinking a couple of years later and suddenly I had some money, so I went exploring Paris and I enrolled in French classes, expecting to learn to speak French in six weeks. It became a mission to find out as much as possible. I bought Sylvie Simmons’ A Fistful of Gitanes book which was like the bible to begin with, and I would go to France and I would buy records that you couldn’t get in the UK. And he became a gateway to French culture too.

VK: Once you understand him, French pop starts to make sense. Because he’s such a big influence, it tends to unlock everything else doesn’t it?

JA: Absolutely, and I realised later that I’d been primed for Serge by listening to Pulp, Blonde Redhead, Massive Attack, Air… Melody Nelson knocked me sideways but those other records had prepared me for it.

VK: Strangely I got into him from that same DVD. A friend knew I liked Brigitte Bardot and France Gall and gave it to me as a present. I started doing the washing up and five hours later the water was cold and the dishes were left unwashed. There’s something about seeing and hearing him at the same time isn’t there?

JA: You were probably more of an aesthete dandy type, and I was more of a drunk at that time. I don’t know if it was his drunkenness that appealed to me, or the decadent glamour or the sound… I think you’re right, the visuals are so important with him. He looked at everything with an artistic eye.

VK: As someone who refused to get on stage for 15 years of his career, his performances were important weren’t they? If you don’t speak French you don’t know what the words mean, but the tone and the delivery seem to transmit something…

JA: It’s interesting that he didn’t need to play live. There’s a different star system in France, and he was more involved in TV and comedy circles than he was being a performing musician at that time. After Melody Nelson bombed, it was almost like he was making these albums on the backburner for his own amusement. He wanted them to be big, but he was also prone to self-sabotage, perhaps even unconsciously. He makes his masterpiece Melody Nelson and France ignores it, so then he makes an album about arses and shit, and then he does a rock and roll album about the Nazis and the Occupation. He really wants to be big, and he’s doing these stupid fucking songs like ‘L’ami Caouette’ so he can get himself on the telly, but singing about a man with a cabbage for a head is artistic as much as it’s a form of self-sabotage.

VK: A lot of people that become successful don’t understand what that thing was that made them successful do they? There’s a particular reason ‘Je t’aime’ is popular but songs about arses aren’t…

JA: Like ‘La décadance’… he’s trying to create a dance craze, but it’s one where the man is moving slowly turning the woman around, inferring that there might be bum sex. And people didn’t get it, did they? It didn’t cut through in the same way.

VK: Why another book about Serge Gainsbourg? And how did you intend to do it differently to, say, the Sylvie Simmons one, which has been the gold standard for 20 years?

JA: There’s that Toni Morrison quote, “If there’s a book that you want to read, but it hasn’t been written yet, then you must write it.” I suppose it was in the same way Mick Harvey wanted to put those cover albums out because he wanted to evangelise. He had a similar epiphany. I wasn’t really content with what I knew. There was more to discover, and there are so many great reference points to jump off from.

But I also thought, nobody needs a music biography in chronological order where you start with a birth, and then the career, and then they drop dead. The Quietus do these anniversary pieces where you have to pitch a fresh angle. You might know the story of this classic album, so bring something new to the discourse. And I thought, what if I was to do that for every Gainsbourg studio album in sequence, because they’re so varied, but also come up with a theme for each chapter in order to interweave stories from throughout his life into these long essays. It’s chronological but it’s not linear. His music is like that – he steals from all over the place, so I thought that would be a fitting approach in tackling his oeuvre.

VK: Why do you think Serge resonates outside of France where so many other French artists don’t?

JA: I’m not entirely sure, but it has something to do with the fact his music is fun, and he uses lots of puns and echolalia. There’s a rigidity to chanson, and it’s very French. I suppose he was detached as a Jewish immigrant and child of refugees coming from the old Russia, and so he grew up as a Frenchman but there was always this distinction. There’s a big antisemitism problem in France as we know, so maybe he didn’t feel quite so beholden to maintaining the standards of the Académie Française. In a sense that gave him the freedom to do what he wanted.

VK: His career is almost the opposite of most people’s in that he starts off not famous, and he gets progressively more famous as he gets older, and then when he dies, he becomes really famous and starts spreading around the world like the arrows from the Dad’s Army titles. But then he was doing all this stuff that people didn’t start doing until the 90s wasn’t he?

VK: They needed the salesman didn’t they?

JA: Yeah, if you listen to a Vannier album where he’s singing, or you listen to a Colombier album, they’re a bit flat. I don’t want to undersell Serge, because even if you don’t understand what he’s saying, there’s something about his delivery and the timbre – it’s mesmeric. But he certainly needed people, and he was good at grabbing the right ones to make this future music that nobody got at the time.

VK: Did you learn anything new about Serge? Did you change your mind about him at all?

JA: I think sometimes I underestimated him. On Love On The Beat there are a couple of songs that are written by a homosexual character he’s inhabiting. My sense before was that he, in the time of AIDS and rampant homophobia, was just trying to rub everyone up the wrong way as he always did. But then when I analysed the words for ‘I’m The Boy’ and the one about Francis Bacon [‘Kiss Me Hardy’], I realised the lyrics were a lot more tender and thoughtful than just controversial clickbait. So there was more depth to him, but he could be incredibly shallow too. He really was a big fucking attention seeker, and that drove me a little bit mad. You can’t get away from that – he was just so desperate for attention and it’s not attractive is it?

JA: As a recovering drunk myself, I can sympathise with someone who is probably funny and good company after a couple of pints but by pint 10 they’ve turned into a complete pain in the arse. You can’t have one without the other if you’re an alcoholic – there will be the guy who’s great after two pints but you’ll have to deal with the dick later if you stick around.

VK: There’s no two pints Gainsbourg is there?

JA: So in answer to your question, I learnt lots of stuff about him, but he’s one of those people who the more you learn about them, the more enigmatic they become. He created his own myth which became indivisible from the real person – he said himself, he wore the mask for 30 years until it stuck to his face. In a sense he was artifice itself.

VK: What do you think is Serge’s legacy?

JA: Well, whatever it is, it keeps growing, but I don’t know what will happen. Whether in five or ten years it’ll become tarnished, where people will conflate what’s going on in the news with what was going on in his songs. It’s hard to say at this juncture whether he’ll be retroactively cancelled or not. The records are so good though and I expect they’ll stand the test of time, but in the immediate future, he may be in for stormy weather.

Buy a copy of Jeremy Allen’s ‘Relax Baby Be Cool’