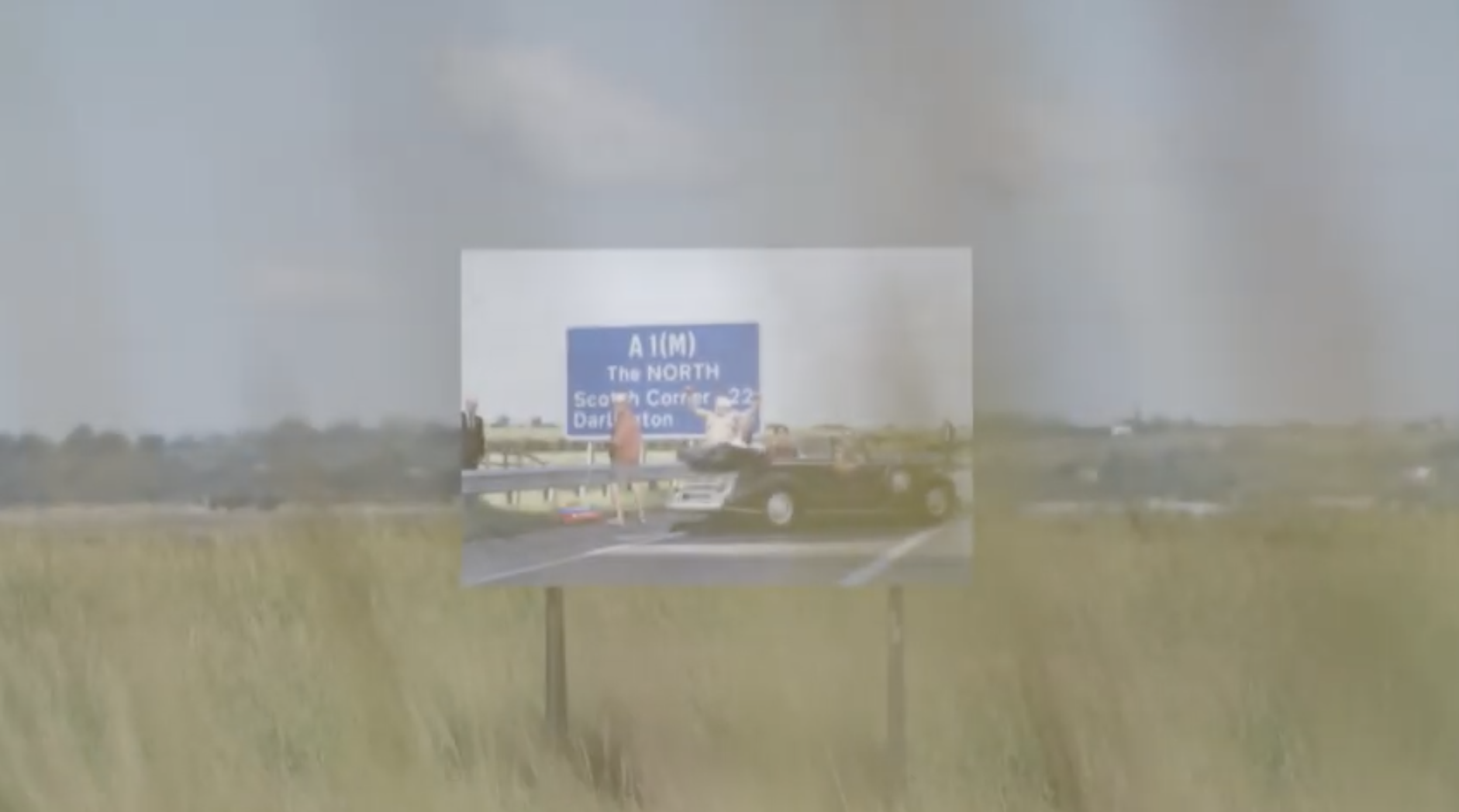 Being a film-maker, there’s always a point after completing a film where you start thinking about all the things that got left on the cutting room floor…or to be more precise, left on a 5tb hard-drive. With Cold War Steve Meets The Outside World, there was a lot that didn’t make it in to the cut which genuinely pains me. The second verse of “Ode to Barnard Castle”, the bizarre radio interview with Lembit Opik, Chris dancing along the dunes on Boscombe Beach to the tune of David Soul’s “Don’t Give Up On Us Baby” blaring out of our loudhailer, Chris in search of Dominic Cummings in the woods around Barnard Castle….

As part of the Medway exhibition, I had an idea about auditioning an actor to serve as a “gallery guide” leading CWS art lovers around the park. Once it became clear that C19 restrictions made that idea impossible, I started thinking about creating an audio guide instead that people could listen to whilst walking round the site. I called Chris and asked who he thought might be good. His immediate response was “Simon Day doing Gideon Soames… I’ll DM him straight away”. An hour or so later Chris called to say Simon was on board and a week later we had 12 downright hilarious audio clips of Gideon Soames appreciation of Cold War Steve’s art. But then the timings in the edit got tighter and tighter as we shaved down the film to its 94 min running time. Lots of thing had to go and that sadly included Simon’s fantastic piece.

However, I felt the audio guide was just too good to not feature in some way and so we managed to grab an extra days editing and fashioned this 11 minute short around the words of Gideon Soames wonderfully composed and delivered by the comic master Simon Day. I hope it makes you laugh and think and cry and laugh again.

Cold War Steve meets The Outside World is available to stream either through a Sky Digital Box or via Now TV. It will also be repeated on SkyArts (Freeview Ch11) next week.