That Time I Was Completely Obsessed About A Rapper, DMX – Joshua Idehen 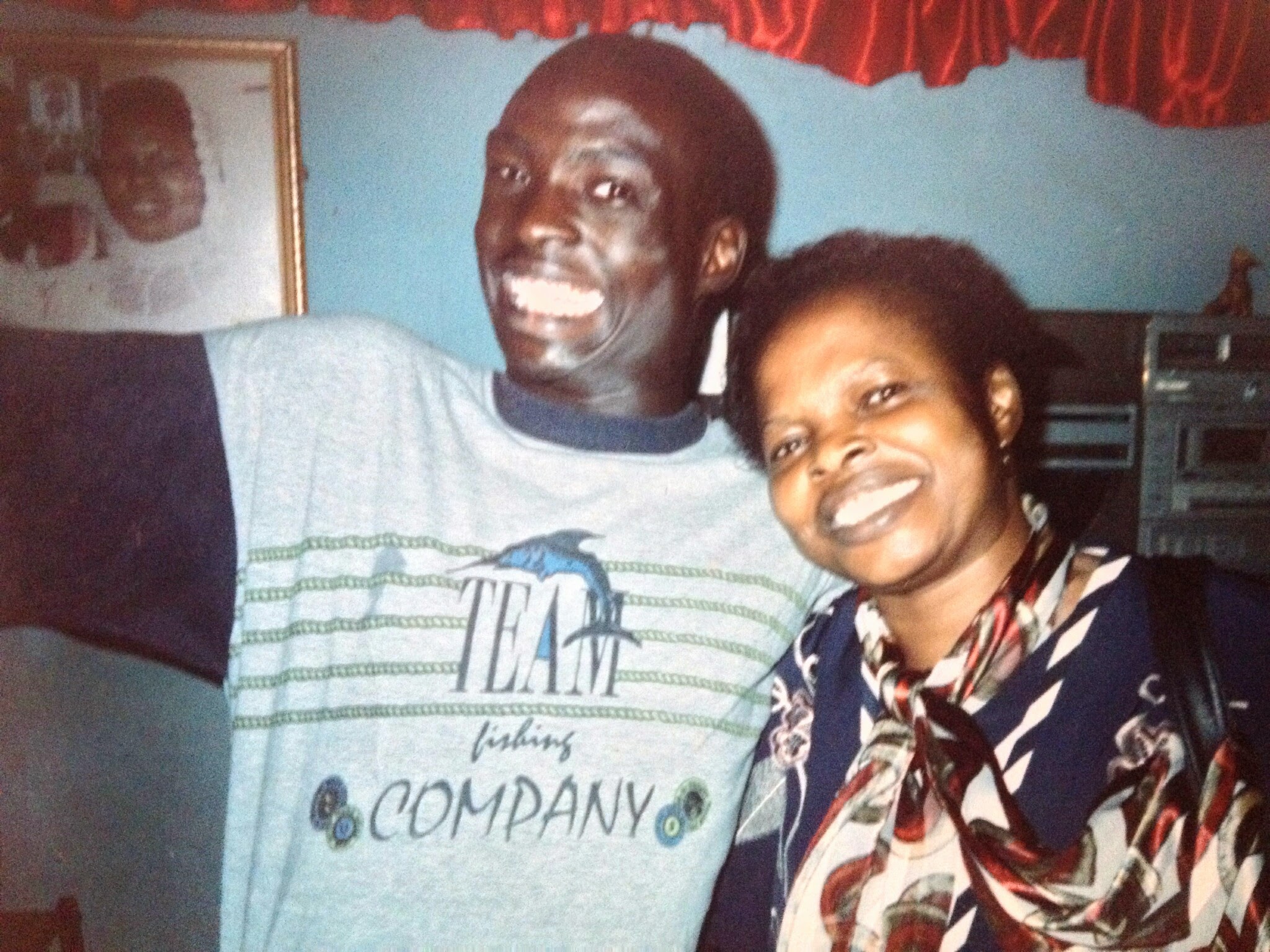 Wasn’t sure if the world needed another article on DMX, to be honest. Everything that could be said about Earl Simmons was penned and posted in that long weekend where it was announced he’d died from a drug overdose, then nope he’s in a coma, then actually he’s brain-dead, which was that kind of dead you can’t really shrug off as a flesh wound, before finally transcending to the Valhalla of Great Rappers. Plus, the world has moved on to Hating Meghan Markle and marvelling at how Boris Johnson can have a third marriage in a Catholic Church even though he’s Catholic, when King Henry VIII had to make a whole ass sub-category of Christianity just to bag a new missus, as it does. But you can’t be a great rapper if you don’t drop a full LP post-death, and so, in the spirit of Tupac and Biggie (pun not intended), DMX just released Exodus. I have not listened to it, but I saw Bono features on one of the tracks. Makes perfect sense: if Bono could make his way into your iPhone without your consent, what’s a black man’s posthumous release supposed to be, “sacred”?

So yeah, here’s one more article about The Last Time I Was Completely Obsessed About A Rapper, DMX.

And before I continue, Content Warning: I don’t know DMX as a person and in my big old age I’m adhering violently to the ideal of Never Knowing Your Heroes, but X’s lyrics were homophobic, sexist, and glorified violence/toxic masculinity as a legitimate means. Earl propped up a lot of harmful ideals in the process of sharing his pain and joy. His music is a problematic fave of mine, and while I’m not really equipped to detail all the damage his work did to the LGBT community, I have to call it what it is. Also, he made Belly. Belly is unforgivable.

So yeah, DMX: Late nineties. I’m nineteen. Nigeria is still a dictatorship, and Tupac is dead and/or living in Cuba under witness protection that’s how he can drop so many allegedly “posthumous” albums don’t you know? I was a huge horror fan, had just discovered anime and depression after TLC informed me I was, in fact a scrub (possessing the holy trinity of “living at home with mum”, “riding in the passenger side”, and not having a honey, or even money to get with anyone, much less TLC). Secondary school was awash with talk of this “new” rapper who’s “like Tupac, but harder” plus he “swears so much his first song is just a collection of bleeps”.

Nonsense, I thought, nobody swears that much. Oh, how wrong I was. Please proceed to watch this goddamn menace of a music video.

My god, Nineteen year old me was terrified in my own living room. That video was Testosterone making love to cocoa butter, on a bed of pure carbon monoxide. Like if Barry Jenkins directed a musical rendition of 300. If you told me the video script had been written by a Honda motorcycle, what reason would I have to question? The man just said All He Knew Was Pain and I was like What. The only thing separating this video from Stravinsky’s Rite Of Spring is the ritual murder, and even then, I’m not entirely sure that lady who was told to mind her business in verse two didn’t immediately quench from shame. How my teenage self managed to watch that video so many times and not consequently expand my sexual horizons speaks to how entrenched homophobia was in my christian 80’s era childhood, but I digress. Ruff Ryders Anthem sounded like nothing I had ever heard before, and I had heard Prodigy’s Breathe and Jamiroquai’s Virtual Insanity, so you know I considered myself a jaded youth. Like a one armed pirate in Never-Never land, I was Hooked with a capital H. My neighbour, a bootleg bandit and my source for all the music they never played on any of the three television stations in Benin City, passed me a cassette tape with DMX’s albums It’s Dark And Hell Is Hot and Flesh Of My Flesh, Blood Of My Blood, plus some live versions of unreleased stuff. I remember that weekend: my mum and dad had come to blows, mum had fled to my aunts’, therefore I did not have to go to church on sunday.  I spent the whole afternoon at a different sermon: locked in my bedroom, listening to a half naked man, covered in so much claret you thought he was auditioning for Carrie, baring his soul through my crackle-and-pop speakers and barking, so much barking, on repeat. DMX was exactly what I needed, and what I needed was Shirtless Rap That’s Actually Quite Emo When You Think About It. I mean, one of my then favourite lines was lyrics that found their way into What’s My Name?

Do I have to tell you rap niggas

I have no friends

It me, Earl. I too have no friends. You speak for me.

I mean, Slippin’ was the closest I’d gotten to considering my feelings for ages, and ninety percent of that was just DMX’s own performative sadness being such an absolute gravity well.

True, DMX wasn’t the most eloquent or the most intelligent or the greatest storyteller blah blah blah, the man had conviction. He was like Tupac, if Tupac believed he was a dog. And to be really frank, all the lyricism appreciation in the world don’t mean jack compared to “I really believe DMX believes he’s a dog, or at the very least dog-spirited”. He displayed enough sincerity in his performance that to witness was to participate, so I guess I’m a dog now, too. I mean, look at this live show: tell me you’d would be there and you wouldn’t be yelling WHAT til your voice did a MC Hammer split. Tell me you wouldn’t bark so loud your pet mastiff shat itself.

I mean, take, for example, Ma$e’s 24 Hours To Live. The topic of the track is, as Puff Daddy informs us at the start, “If you had 24 hours to live, what would you do?” It’s a hard track in my opinion, but that’s mostly because of DMX. Everyone sounds like they’re rhyming through the motions, earning paychecks, and that’s fair; it’s a feature on a Ma$e track, not life or death. But not DMX: he’s went home and really considered the assignment. Styles P’s all out there like “I’m a go in a court house and suicide bomb myself”. Cute. Ma$e is gonna take white kids to the ghetto. Woke. DMX came in with “I’m going to die, so therefore, you are going to die, and then I’m going to say sorry to my mum”. Ooooof. Oooof I say. He was real, or at least a realness I could relate to.

And that’s before we even start talking about his entries into my then favourite subgenre of rap: Gangsta Horror.

You look confused: Gangsta Horror is a genre I made up: basically “any rap in the 90’s that flirted with Dark Christian Imagery or moody murder shit”. And in the nineties, there were flirtations about. Snoop Doggs’ Murder Was The Case, Tupac’s Hail Mary video where his( or someones?) vengeful spirit goes Micheal Myers on what I assume are the stand-ins for the people who did Shakur dirty (side note, this track came of Tupac’s album Makavelli, in reference to the italian maestro of political shenanigans Machiavelli, shenanigans that might include, oh, I dunno, FAKING ONE’S DEATH?! but I digress), Bone Thugs N’ Harmony’s video for Crossroads (it starts with what I assume is the devil, or an angel who’s cosplaying as Shaft, snatching a boy’s soul while his mother loses her entire shit, at his funeral. The implications for this scene used to dazzle me to no end: They only collect your soul at your funeral? So what if you don’t have a funeral? What if you’re cremated?) Domino’s Tales From The Hood? Dr Dre and Ice Cube’s Natural Born Killaz? Catnip, mate.

Why am I mentioning all of this? Because of what I consider DMX’s greatest masterpieces: Damien And The Omen.

Sure, nowadays I can say DMX was probably using the devil as a metaphors for his own worst impulses, his dark side. But nineteen year old Roman Catholic me? Me who believed The Exorcist was based on a true story? That me? Fuuuuuuuck DMX is fighting Saint Nick, yo. All those other tracks I mentioned before? Mere flirtations. DMX was in a full blown toxic relationship with the dark side. I mean compare, Damien, vs Snoop’s Murder Was The Case.

In Snoop’s track, the devil offers Eternal Life, That’s Forever. Which makes no sense at all, because

a) How’s the devil gonna collect his soul if he lives forever? and

b) at the end of the music video, Snoop dies. Contract void, so what was the point? Wouldn’t even make it to Civil Claims, mate.

Now on Damien, the devil doesn’t fuck about. No wanky offers of money or power or fame. Nah, straight to the point:

I’m right here shorty, an Imma hold you down

Wanna fuck all these bitches, I’mma show you how.

Now, that’s exactly the shit the devil, if he exists, would’ve offered nineteen year old, TLC-slandered, no girlfriend-ed, anime loving, occult delving me: The Ability To Have All Of The Sex. Your deepest wants. Why else would you sell your soul, no? Damien, which chronicled X’s initial meet with the dark prince, and Omen, where the relationship goes predictably sour, are more than the sum of their parts: they are the retelling of Faust brought to vivid, gutsy, gangsta-rap life by arguably it’s most earnest performer. (there is a third part, where Damien III, where DMX fights back using the power of Christ, but like most threequels it’s best ignored).

My elder brother and I played Damien so much we used to play this game where we’d be just hanging out and I’d randomly shout But Who?!

and without missing a beat he’d respond with

Name’s D, like you, but my friends call me Damien

You and me could take it there, and you’ll be

The hottest nigga ever living”

And we back and forth til the end of the song. Swear down, DMX probably kept me a christian for a few more years just off the strength of his conviction on those two tracks.

It’s hella sad his devils won in real life, because, as flawed as he was, he deserved a much kinder end than a feature with Bono. DMX was one of the last greats; I wish I got to see him perform live: I missed out because I bought into the Rap Concerts Are Dangerous scaremongering of the early noughts and missed out. I hope he knew how he made Nigerians on the other side of the world growl in solidarity.