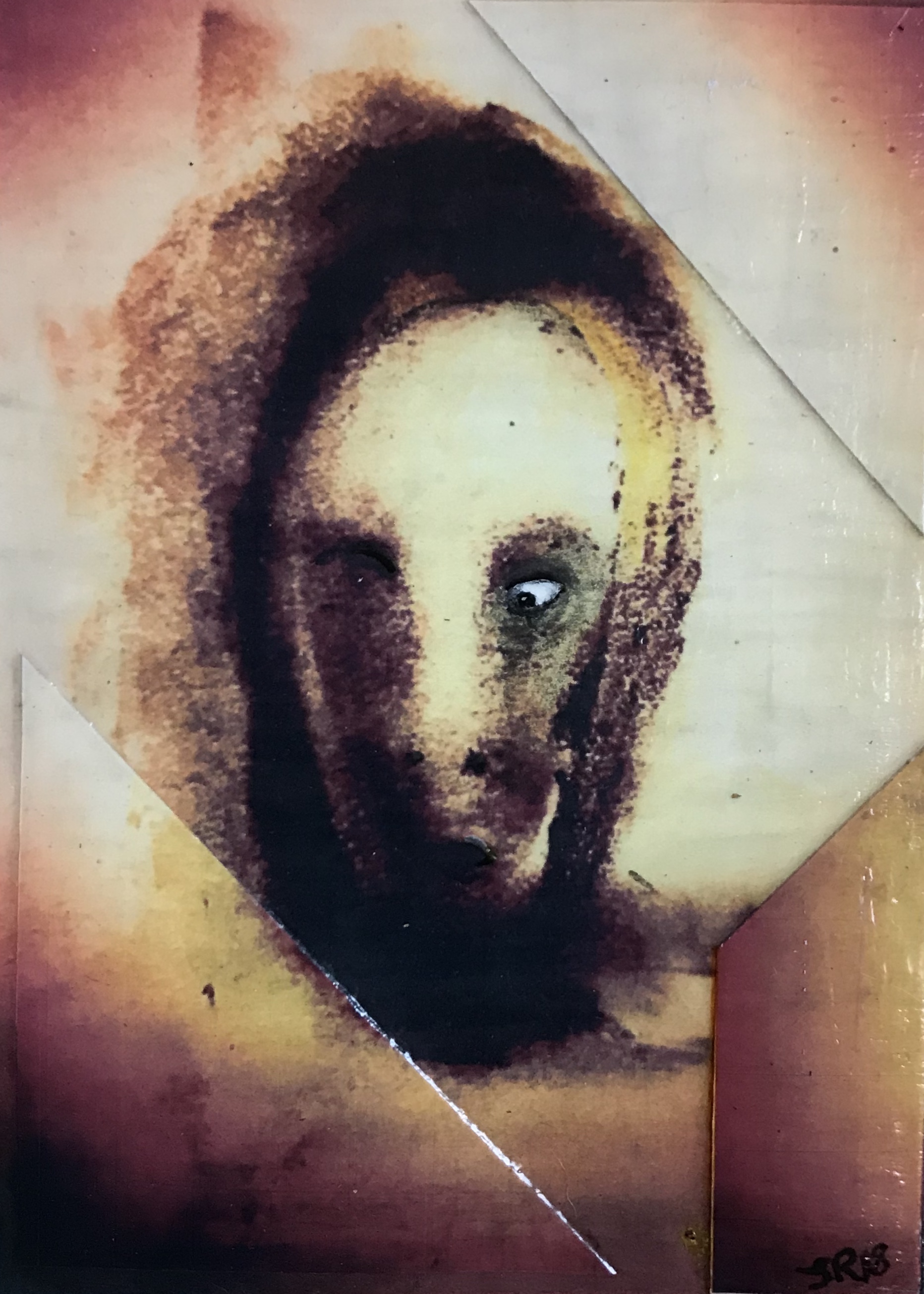 When I was a small boy my best friend Richard and I created a game of startling complexity. It grew from the ground like a flourishing vine, twisting and transforming things until it had insinuated itself into the landscape. The game, and our uncritical playing of it, altered reality. Freeing itself from the confines of our juvenile minds, it seeped into the scenery and back into us, thereby altering us too. We were digging in the dirt, as all good children do. Deep within the mud we discovered fragments of broken pottery. These were obviously spectral markers deliberately left in the soil of my back garden by spirits keen to communicate with us. They came with a warning. Your neighbours are in league with dark forces, you must be observant, speak to no one, trust no one. All around us the signs began to multiply, messages in the trunks of trees, notes left by the animals in nearby woods, strange lights flickering through the branches at twilight just before teatime. One auspicious birthday bought fresh tools for our investigations. Binoculars. In the sweet spot between Dr Who and bedtime, we headed into the bushes. To the untrained eye, all seemed normal in the Buckinghamshire hinterland, but to us adepts it was the calm before the coming. As we focussed on the windows of their hive, we could see the ‘family’ going about their business, preparing and consuming human food and so forth. After their pantomime repast had been completed, we noticed the ‘father’ or ‘commander’ as we called him, was on his feet and heading to the back door. He clasped a bag in his thinly disguised claws. He left the capsule and headed towards the dustbins, having deposited the bag, (presumably containing vital data and or human body parts), the commander paused. We thought we had been rumbled. Had his extra-terrestrial eyes caught a glint from the binocular’s lens? We froze, fearing a grounding of some magnitude was on its way from our parents. But to our astonishment, instead, an invisible UFO descended into the garden. It settled on the lawn, squeezed between the hydrangeas and the rhododendrons. From out of its invisible hatch strode a figure, it was more like a shimmering, shapeless light than humanoid body. The strange creature held out a sinewy prong in which  was clasped a simple piece of broken pottery. The commander took the broken fragment from the space creature and returned to his home. Fresh instructions had been issued.

Have you ever wanted to live inside a spell? I don’t mean get a back seat at an illusionist saw box show, but to really inhabit magic as it unfolds. That is the feeling you get when reading this book, the sense that you are inside a great working in progress. If you took the opening tale to imply that such thoughts are childish fantasies or irrational superstitions, then you have entirely misread the allegory. Besides, in my opinion, rationality is overrated. Children are the undistilled versions of our weary adult selves, before science and common sense destroy the wonder, before we start seeing the world as resource or an obstacle, before we stop seeing things as they really are. Humans get things wrong. Despite our hubris and endless self-congratulatory accolades, we are a pretty stupid species.  The dogs I live with see the world with a greater clarity than most of us, certainly with more clarity than me, they can step into dimensions that I cannot. Humans miss stuff all the time, our senses are frail and faulty, our knowledge limited. But sometimes you get a tantalising glimpse at what reality might be like if we weren’t so myopic. Ok, so my neighbour turned out not to be an alien space commander, we were wrong about that. But we were right when we saw the messages in the trunks of trees or in the discarded shards of broken plates. When imagination collides with the occulted psyche of a wood, a junk yard or an abandoned building, that’s where magic happens. It isn’t only found in arcane rites or the minds of shaman, its staring you in the fucking face.

This is the territory Andy Sharp invites you to map with him. By undertaking a psycho geographical trip, or ‘path working’ as he calls it, he reveals a ghostly landscape that holds the memories of many troubled souls, maverick authors and outsider troubadours, a feedback loop of place, space and time sending signals and messages to those open to receive them. The English heretic project began in 2003 as a kind of shadowy twin and dark antidote to the sterility of English Heritage.

“I envisaged three facets to the organisation: the commemoration of troubled souls; the practise of experimental magick by ludic and heuristic investigation of place; and the fecundation of the imagination by the creative research of the first two facets”

Black plaques replaced the blue, marking the spaces where England’s holy fools and eccentric visionaries, both real and imagined, held court. They rise effortlessly from the page, propelled by Andy’s rich prose, J. G Ballard, Daphne Du Maurier, the director Michael Reeves, Robert Graves, the anti-hero Dr Robert Vaughan, Angel Blake (the villainess of The Blood on Satan’s claw) and the spirits of servicemen haunting abandoned airbases, to name but a few, are summoned like the ghosts in an ancient nekyia. This is hauntological writing at its most compelling, not a simple collection of nostalgic touchstones deployed for the warmth of their familiarity, though readers of a certain age will enjoy the references to ‘the Tomorrow people’ and ‘Dr Who’. Instead you are taken on a rollicking expedition into dark and often ludicrous dimensions, that tell us as much about where we are now and what kind of land we inhabit today, as it does about the ghosts of the past.

This book is about revelation and investigation, it makes you reassess the world around you by inviting you to search for its hidden soul. Owing a debt to James Hillman’s archetypal psychology, this is a serious immersion in myth and the imagination, because, though scientific paradigms often lurch violently through time, the stories we have told ourselves down the ages remain remarkably consistent. In this spirit, Andy Sharp allows himself to be carried by the currents of the spaces he rambles through.

“This approach took me on a trajectory both disturbing and absurd…. In many senses I am still haunted by the resulting path-working — which halfway through launched from the natural into the supernatural.”

But this is no pompous manifesto or pseudo-scientific search for ‘truth’, it’s fun for starters. Far, far away from the awful sombre ‘blood and soil’ mysticism that plagues much esoteric writing, this book is in touch with the absurd throughout. Its witty and humorous, playfully summoning post Jungian psychologists and infamous sadists like George Selwyn alongside Zippy from Rainbow often in the same paragraph. It’s this tireless enthusiasm for connecting the dots, however tenuous the links might seem, that makes English Heretics so intoxicating. Much like Gary Lachman’s ‘Turn of your mind, the dark side of the sixties’, this book has also severely hammered my savings. The references come thick and fast; books, pamphlets, films, music, some familiar, most a revelation to me, this wealth of research has put a serious strain on the postal service in north west London and further pressure on my already bowing bookshelves. Again, like James Hillman, Andy Sharp’s workings express the clarity of a youth that never ages, the ‘puer aeternus’ of legend, looking through a lens that liberates the unseen, he is inviting us  to seek out the undiminished wonders that  hide in the dark corners of our neighbourhoods, just waiting to be found.