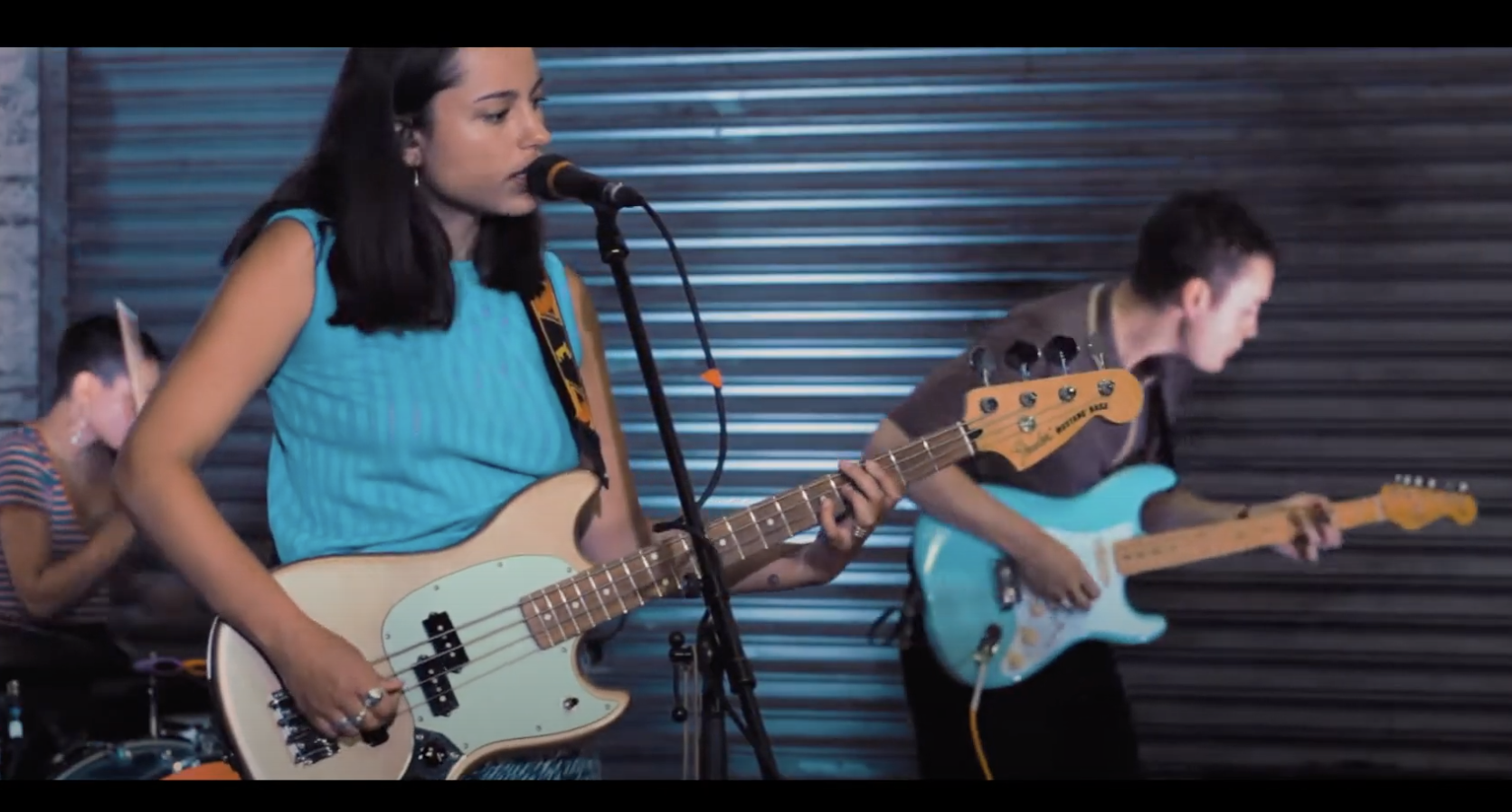 The Orielles’ Disco Volador barely left our record player for months after release, the celestial orange vinyl got a lot of play, and always from start to finish. Without doubt an album of the year over here at The Social. We’re very happy to share this exclusive video today from a live session the band did together in Salford when reunited after lockdown. There are also some lovely words from Esmé Dee Hand-Halford about the record too.

Big thanks to The Orielles for sharing with us! They’ll be hosting drinks later on for us, 6pm on our Twitter.

Disco Volador represents a moment of flight. Whether physical or mental it evokes the desire to escape. We wrote the record during a period in which we felt that we were, more so than ever before, coming face to face with global existential adversities. The patterns of tension and release in the music paired with the spaced out sounds and pseudo- scientifically surreal lyrics mimicked our desire for freedom and therefore soundtracks the fictional process of escaping from wherever we may believe these problems to be rooted within, be it a momentary respite from your own mind or departure from the earth itself. Within these three tracks that we chose to perform for this session are subtle nods towards potential escape routes. 7th Dynamic Goo takes place in an intergalactic nightclub, a lawless space in which dancing becomes the site of liberation. Space Samba represents escape on a much more conscious level. Without seeking a single interpretation it is about embodying the Disco Volador, the immaterial, what is truly sensate and how we can interact with the world at the same time as transcending all of it’s barriers. The Square Eyed Pack opts for a more experience based narrative by proposing cinema as a route for escape, acknowledging the ephemeral moments in which a really great film can make you dissociate from your surroundings. The album seems somewhat prophetic now as it’s timely release has meant that, for many, the record arrived at locked down houses amidst a global pandemic, making this musical mindset increasingly apposite.

You can listen to the studio album / buy the record here – that orange vinyl is still available . .