The Return of the Original Beer Advent Calendar – Ben McCormick 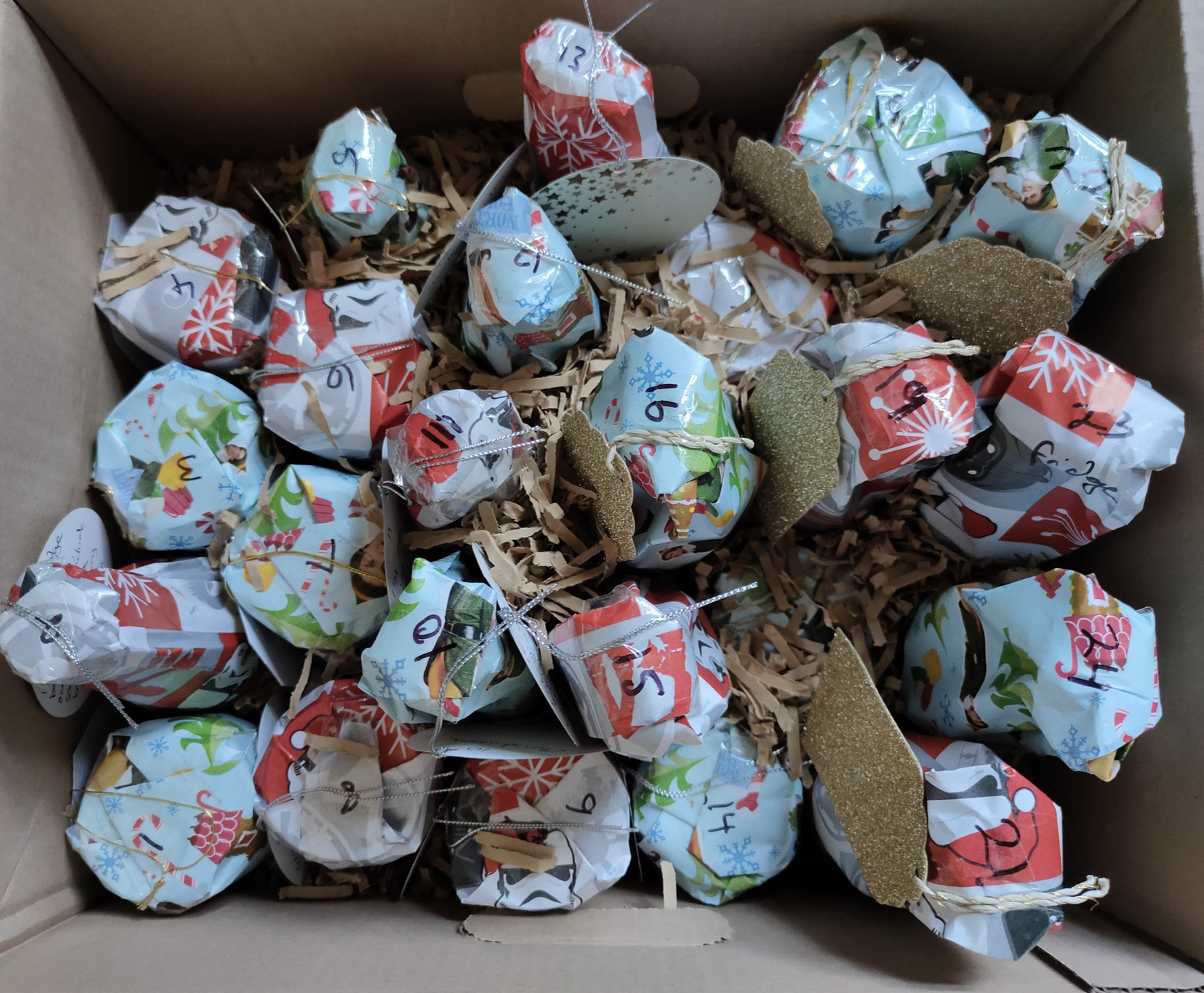 God, I miss the pub. With two harsh lockdowns, a fleeting partial respite and one period of baffling regulation apparently drawn up by a mandarin left over from when the temperance movement was still gaining traction, this year has presented something of a challenge to those of us whose social life revolves almost entirely around going down the juicer. Further rounds of arbitrary and puzzling restrictions seem destined to follow, especially once we’ve agitated the petri dish of viral reproduction the five-day Christmas Coronabreak promises to be. It’s highly unlikely any of us will be lucky enough to see the inside of a boozer – substantial meal or no – before spring emerges stumbling and blinking into view and with it the hope a 70% effective vaccine is certain to bring.

Before then, the darkness. Joyless, sodden months of cabin fever, fraught nerves and a seemingly interminable wait. What we’ll see on the other side of ‘the thing’ is anyone’s guess, but one thing virtually guaranteed is that many of the nation’s pubs will not be reopening their doors. Not without a considerable leg-up from an administration that appears wholly uninterested in helping out, despite what its midsummer mantra would have you believe. The humble local faced a very real threat to its existence from vulture capitalists and supermarket price cuts as it was; now cut adrift and without the customers needed to keep them afloat, they are going under.

So it’s safe to say social gathering has been a mite amiss this year and is liable to be even more difficult in future. And it was while contemplating this doom-filled scenario and gazing out of a single-glazed, condensation-filled window into the grey unknown that I hit upon an experiment that might bring a few people together – online, of course – in a way that would make the festive period a little more bearable. For me at least. I have decided to resurrect the Beer Advent Calendar, an annual alcoholic assault on my senses once described by the Caught by the River website as “a day by day, drink by drink pissed meander towards Christmas day.”

Like many things, it started a little by accident, was talked up at the outset and, before you could say Alcohol Concern, it became a tradition enjoyed by tens of people. Certainly enough to disappoint if it didn’t happen, so also a custom difficult to abandon. It was simple enough – or so I thought. Open a beer a day, write a little bit about it, post the notes on the internet, rinse and repeat until Christmas Eve. A doddle, right? Anything but. December is usually a month filled with seasonal cheer, hefty lunches, even longer quick pints after work and inevitable Christmas parties. Staggering home at closing time then having to open a beer, neck it and write an essay afterwards – funny at first – often proved impossible. Or just foolhardy.

The cumulative effect took its toll and, after 10 years, I called it a day. By that time, my idea had been ripped off by a now-defunct beer mail order company and turned into a tawdry (though far from cheap) commercial exercise. Copycats popped up wherever you looked and the humble Beer Advent Calendar is now peddled by wholesalers, retailers, brewers, pubs and bottleshops the world over. The shark jump moment came when giveaway magazine Shortlist did a Top Ten Beer Advent Calendars feature. If I’m honest, I’d lost interest long before then. I opened my last advent calendar window on 24 December 2015 – signed off with a world-beating Trappist ale – and closed a small but significant chapter of my life for good.

So why bring back an old idea that’s been flogged to within an inch of its life? This is a question I’ll doubtless ask myself as I pour a 10% strong Belgian ale into a glass and attempt to talk about it. Primarily, it’s about connecting with people. When I started it, I was feeling quite isolated and trapped in a marriage that both parties now consider a grave mistake. The calendar was a bit of a release valve from the stresses of early parenthood and the inexorable onset of Christmas with all the enforced jollity that brings. It became a bit of a crutch following the inevitable breakdown of that marriage and subsequent predictable slide into borderline alcoholism. But most of all, it made me feel like I was at least spreading a bit of cheer among those who read the updates, which as time passed became much more of a personal diary than a series of tasting notes. It felt like I mattered. With the next few months promising little more than further isolation, potential peril and existential dread, what better time could there be to rekindle the true socialising spirit of Christmas? An old favourite to remind us of happier days and nights?

Things will be different this time round. For one, I’m unlikely to be writing an essay every day. Rather, and in keeping with current trends, I’m aiming to recreate the delight of being on a Zoom call. Every day at around 7pm, I’ll be transmitting live via the Beer Advent Calendar YouTube channel, unwrapping the day’s beer, drinking it and delivering my verdict. As this will be my broadcasting debut, it would be unwise to expect anything other than a complete shambles. And on three random nights, the amateurism will be raised to another level. In an effort to recreate the sensation of having to provide an update after a night on the sauce, always the hardest part of completing the calendar, I shall be ingesting a bag of cans before cracking open that day’s beer. The palpable tension will be heightened from day one, when I’ll be choosing the designated ‘Bag of Cans’ days by picking numbers out of a hat. Hell, it’s a strategy so high risk, you can even buy merchandise.

To add to the mystery, every day will be a step into the unknown. This year, the calendar has been lovingly compiled by the fine folk at Bath’s best boozer, Chapter One. Each day’s beer has been carefully wrapped in garish paper too, so the first I’ll know of what’s in store is when I tear off the wrapping like an over-eager kid on Christmas morning. A list of the beers for each day will be posted on the pub’s website, should viewers wish to drink along. I’ll not be ruining the surprise.

I have absolutely no idea how this is going to pan out. It could be terrible; it could be hilarious. I’ve never done this before and the chances of me being ‘a natural’ are slim, but my hope is I grow into it rather than becoming demoralised by waning interest or laid low by over indulgence or gout. At the very least, it’ll give me (and hopefully the people watching) a sense of what it’s like to sit down and have a chat over a beer. Who knows, it may even feel like an evening out at the pub?