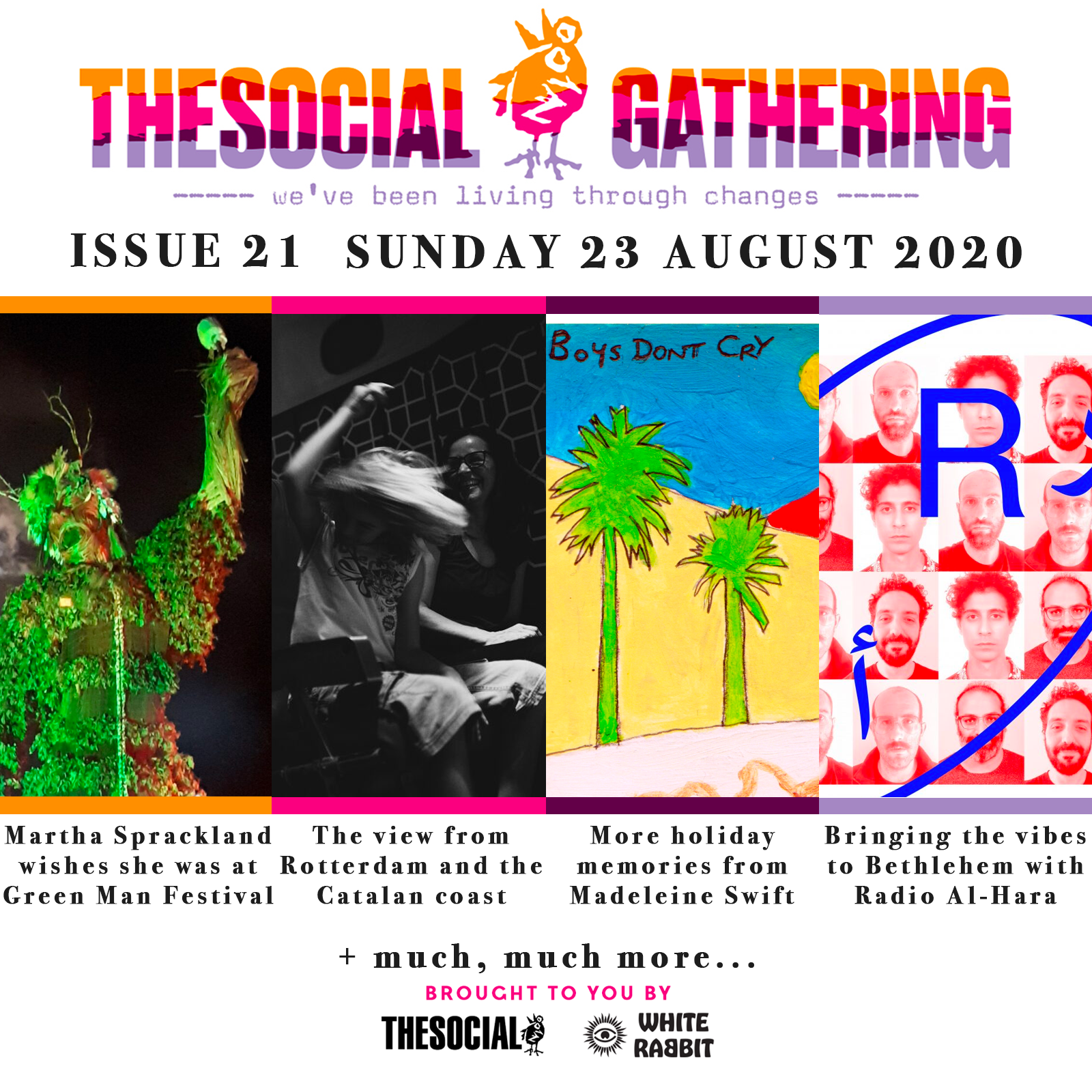 Arriving Somewhere But Not Here

Last Tuesday morning. There’s sunshine blitzing through tent canvas and I’m awake. It’s around 6am somewhere right on the Dorset coast. Outside the tent, there’s a melancholy lowing coming from out at sea; a plaintive whale song for the busiest sea lane in the world. Although it sounds like musical frequencies bubbling up from the depths of the channel, it’s in fact an orchestra of huge, resonant manmade drones emanating from an unplanned fleet of cruise liners. It’s one of the strangest sounds I’ve ever heard.

We’ve been here since Sunday and every day we’ve marvelled at the sight of this ghost fleet. There are five, sometimes seven, sometimes nine ships positioned one and a half miles off the coast at Weymouth. When the light allows, we can see that these sentinels are emblazoned with the names of their operators. P&O. Cunard. The two biggest ships are the Queen Victoria and the Queen Mary 2 – eighteen decks and home to nearly 2700 passengers when in service. Each boat is anchored by a 27 ton weight yet they still glide in perfect circles, in the slowest motion. Their graceful movements are like the hands of a clock, glanced at once in a while then forgotten, until the next time seen.

Keep reading Robin’s editorial and download the full Broadsheet below