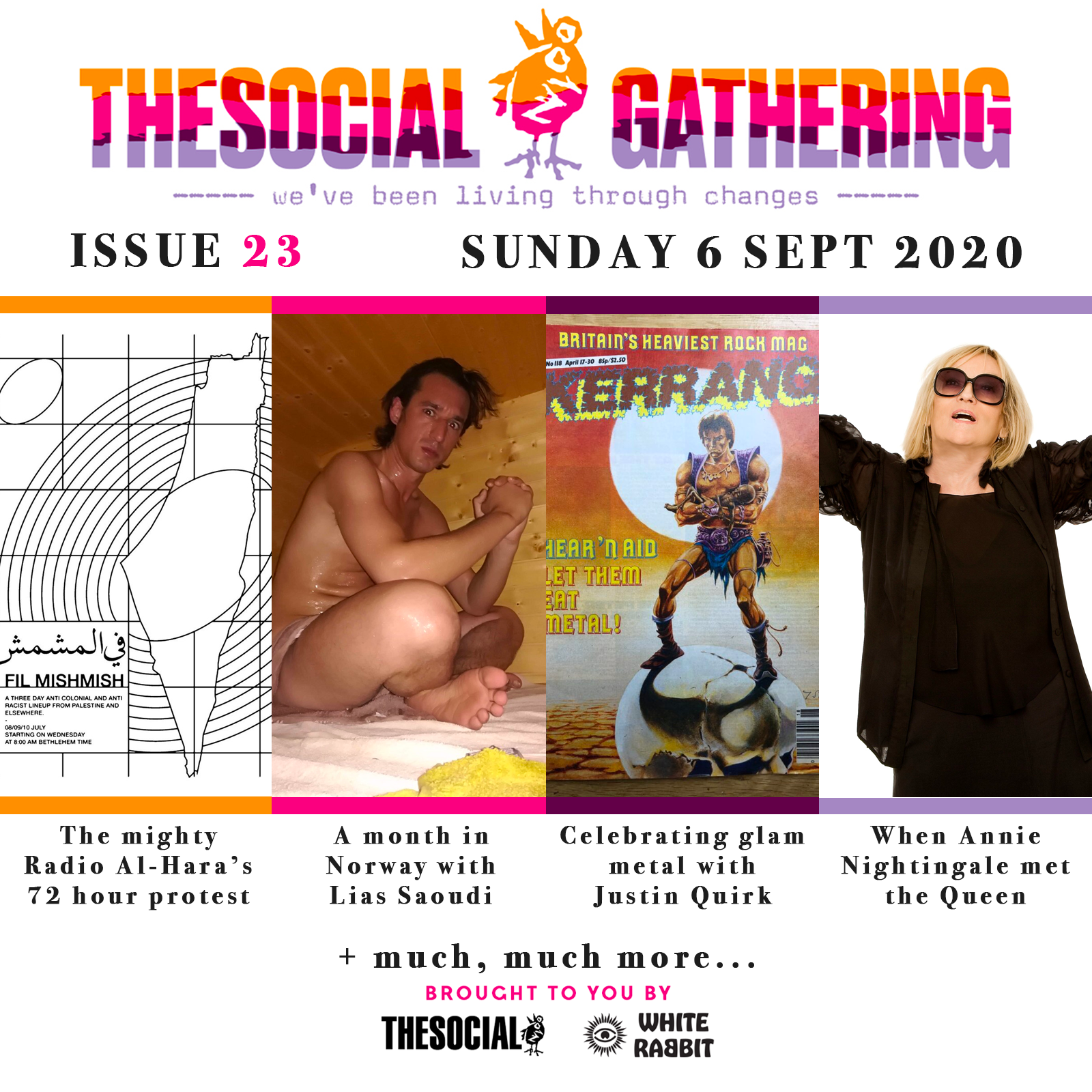 And so we reach our 23rd and final weekly Broadsheet. 23 weeks ago Robin declared that we would put together a Sunday edition of all the greatest hits from the Social Gathering plus some stuff that was (almost) keeping us sane in the heart of the lockdown. As things slowly return to something like normal for the time being, we decided that we would end the weekly downloadable transmissions on the 23rd iteration. It being the correct number. Fear not though, the website will still be publishing (almost) daily and we’ll be moving the Broadsheet quarterly*, we may even do it as print version as well if we get our shit together. Tom and Lee know how to get things printed it turns out, as does Robin actually so no excuses! In fact let this be a declaration in black and white, the Broadsheet will reappear in December as a printed winter special! Hold us to it.

I first walked into the Social aged 23 and never left despite being asked nicely to do so on several occasions. They gave me a job and my own tab which was obviously (by chance as it happens) the number 23. I’ve only played roulette once, a single spin on a table all to myself in a casino, I placed £50 on 23 and nothing else. Of course the little white ball settled right there. I was absolutely and entirely unsurprised.

So here we are, we’ll stop this weekly Broadsheet as is right and proper, as was predetermined back when we began, on this the 23rd edition. The Social Gathering lives on, as does The Social itself, one eye is now on perhaps being able to serve a beer again in real life, more on that in the coming weeks, we shall share our news and plans!

Until then we’ll keep drinking together every day at 6pm online (except Sundays), sharing the written word from our brilliant contributors and will stay relentless.

Big thank you to Tom for putting all these together each week, what a patient and understanding man. And to Robin and Lee, so much more insightful than me, both of them have written inside Broadsheet number 23.

See you all soon x