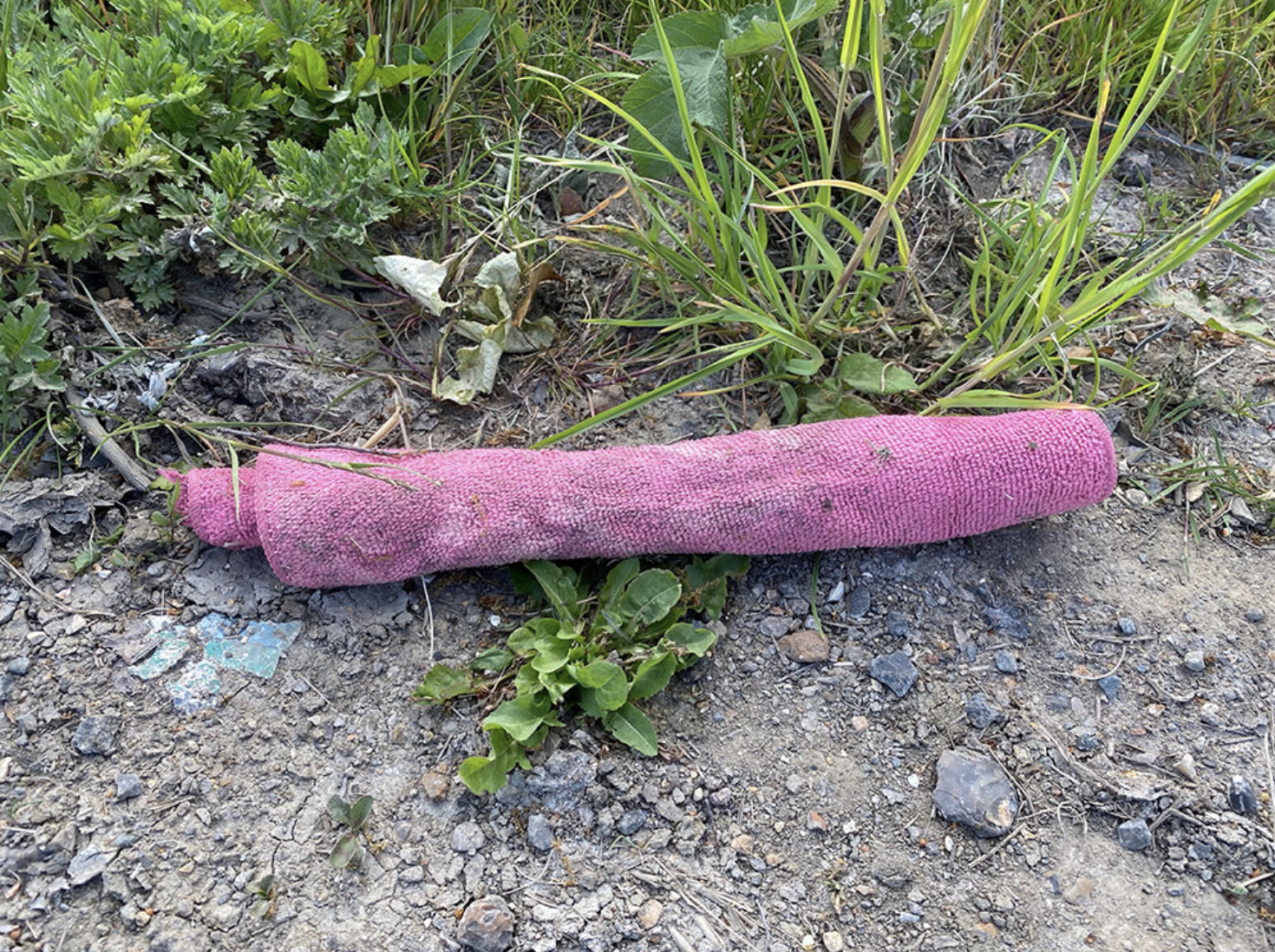 I was born and raised in a house of cars and maps. The cars went over my head, sometimes through our garden fence and once upside down with me in it. It took a long time for me to get into cars, but maps had me hooked from the second we met. Dad – like all the men in our family – loved his cars, but, being squeezed for money, the vehicles he could afford were just enough to get him to the factory and back and out for occasional picnics on summer weekends. Once a year, the current runner would just about make it to the North Wales coast for the factory fortnight, and, depending on Dad’s skill at extending its life, we would arrive, drained, baked and emptied of puke.

Dad’s mate Colin, on the other hand, worked in a drawing office. He owned a MKI Lotus Cortina – white with flashes of British racing green down the sides. He was a rally driver! Dad became his navigator! The stories he told over Sunday dinner of high-speed races along the treacherous backroads of north Wales captivated me.

To illustrate each anecdote, he would spread the relevant Ordinance Survey map out on the kitchen table, tracing the routes with his calloused fingers, pointing to landmarks, water towers, churches (with and without spires), rivers, bridges, forests, footpaths, hills and valleys. He’d detail the speeds that lethal bends could be taken at without rolling the car or flying off the edge of crags to certain death (my Dad was superman). His stories were far superior to the American comic books I obsessed over. I memorised every mark on the maps he spread in front of me, asked him questions, and for the first time in my life understanding what he was talking about (I never had a clue what language he used when he talked about cars).

This was real life as a cartoon, with an accompanying OS key to explain everything in the world. With a map open in front of me I could see for miles. I knew exactly what all those places that I’d never seen looked liked. I had the clues and keys for doing life – a life that still baffles me – but is doable with an OS map in my bag.

06:40. Pull on walking socks and boots – the new ones! I bought them a year ago and have walked miles in them but they still feel new, like they forget the shape of my feet. They’re never the same twice whenever I put them on, something that pisses me off, momentarily messing with an already delicate head. The right boot always feels better than the left, like they’re trying to get my feet to fall out with one another. I miss the old boots. They carried me around this island for 20 years until the soles fell off on the same walk within minutes of each another. The patient man at the outward-bound shop smiled when I told him.

“Both fell off around the same time?” he enquired.

“It’s what happens. You can fix them, but they’ll never be the same and you never know when it will happen again, could be when you’re miles from anywhere. And you don’t want that!”

So here I am in my new boots, selecting a route from our shelf of OS maps, every one of them more captivating than any book I’ve ever read.

I take vibrant orange footpaths, cut deliberately across the centre of wheat fields, bridleways that disappear into dense tunnels of hawthorn.

A startled hare runs zigzags across a bean field and soon I’m following ancient byways between remote communities where the garden ornament aesthetic is straight out of Raw Vision magazine. For over thirty years I’ve marked these routes not by the cartographer’s universal symbols, but by the things I find, discarded by walkers, tossed from cars, arranged with tender care as shrines to an inner calling. Art Brut, messages, signposts, jokes, free gifts to be photographed, catalogued and posted on the World Wide Web every day since the start of the millennium.

A pair of mountaineering gnomes scale a tree.
A plastic fox watches over a raised bed of onions.
A broken fibreglass pig waits in the shade of a giant hydrangea to be fed, but never is.
The limbless torso of a woman with perfect complexion, rouged cheeks, ruby lips, immaculate hair stands in a tiny front garden drawing the eyes of passing motorists on a particularity bad bend in the road.
A small iron horse drawn plough painted black is imprisoned the wrong side of a fence.
A convex mirror with a thick red and white frame protruding from a hedge, reminds me of seaside holidays.
A stone squirrel eats the same nut every day, hands clasped together in prayer. Bless this house!
A bright enamel bowl of water waits for passing dogs outside a garden gate; at the bottom, a picture of a black dog in a neck-chief smiling with a bone in its mouth.

A bumblebee joins me, flying sideways by my side until it senses something better and dives into a hawthorn hedge.

A sad stone boy sits on a small stone bench with his giant stone cat.
A bright white rock guards a front door.
A stainless steel dog bowl gets a suntan.
A mosaic house name, like the pixels of a 1980s arcade game, faces the road proudly.
Bird feeders made from upturned wine bottles wait in little wooden shrines for some action.
Two small stone gargoyles ward off evil outside the front door of Number 6. Squashed and eroded, but still grinning.

Tin bulls languish in tall grass by the side of the road, discarded by drivers craving wings.

I hunt for wooden posts with arrows offering clues.

Black iron sheep and their black iron lambs stand on top of black iron brackets protruding from walls.
A black cigarette packet – duty paid – lies in the grass gasping for air.
An empty plastic Coke bottle rocket crashed into the ground, sweating, hides its face in curbside grass.
An empty specially selected bag of hand-cooked sea salted potato crisps looks up at the sky wondering what went wrong.
A dirty pink toweling sausage lies on bare earth where cars pull in and park.
A car wing mirror, smashed into dust, reflects tiny sparkles of sunlight.
I discover a child’s play kitchen in a forest clearing beneath a bower of elder.
On a track between two fields I find a tiny Russian space capsule in acid livery, its airlock popped and tiny Sandra Bullock saved.

A wreath of faded fabric flowers hangs from a delicate rusty nail on a front door.
Five spheres of indeterminate plastic flowers hang on a wall.
A tiny rugby ball dangles from a gatepost in a transparent bag, lost and found, waiting to be reclaimed.
An iron stag’s head screwed to a door holds a bell in its mouth, waiting for callers.
A black and white stone cat watches a brightly painted metal kingfisher sitting on a garden fence (no fish)

I see a birdhouse in the style of a Bavarian chalet.

In the garden next door there’s a birdhouse in the style of a Japanese bus shelter.

Following a footpath cut diagonally across a cornfield, I arrive at a young oak tree (five years at most). In the grass beneath it there’s a small brass plaque screwed to a piece of wood in memory of Andrew Michael Eyles, 1941-2012 (the year the rest of us were captivated by the opening ceremony of the London Olympics). ‘NEVER FORGOTTEN’ it says. I take a picture so as not to forget and continue west.

Thirty Ewe bushes to my right, six feet tall, appear through an opening in a hedge, sculpted to resemble American hard gums.

At my feet I find a terracotta slate, shattered, fallen from a church roof with no one to fix it, I think about how long it’s been protecting the congregation, and thank it, stepping respectfully over and continuing.

At the gate to the churchyard a small black discarded dog-poo bag suns it’s self.
Along the edge of a field concealed from the road a ramshackle row of old wooden beehives face the sun.

A pigeon feather lies on a footpath, flanked by wild poppies, vivid red.
Next to them, the imprint of a football boot is preserved in sun baked clay miles from any football pitch.

Another tin bull – face down in the grass – crushed and chucked from a passing car.

Daisies, with shutters closed, wait for the sun to come out from behind a bush.

Written across the road on a blind bend where cars notoriously overtake, driven by locals who think they know the road so well that it’s safe. Everybody says, “One Day!”

By the time I get home my feet and boots are harmonising. Everything fits and I could walk for days in these. I step into the cool air of the kitchen, sit in an old armchair in the corner and unlace my boots. The socks will need hanging outside

Karl Hyde is one half of Underworld