The View From Here: Andy Kelly 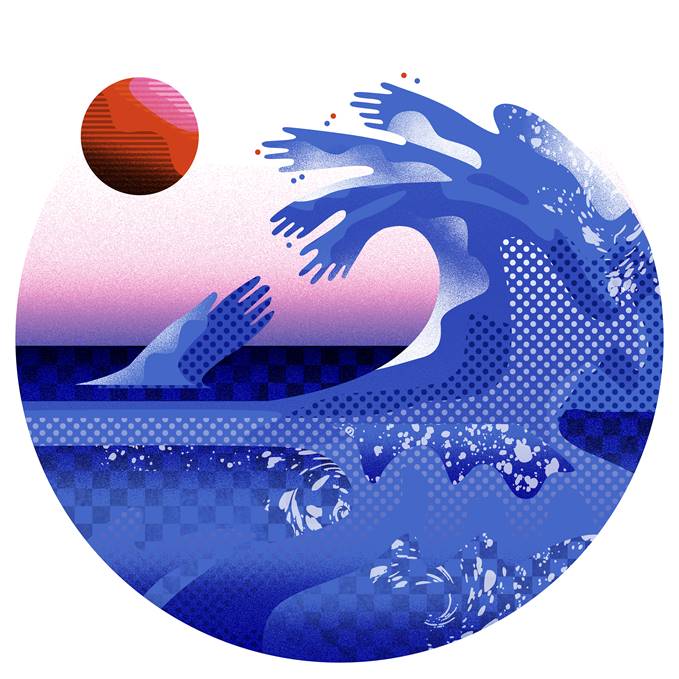 The View From Here

One of the first things we wanted to do when we started The Social Gathering was ask how our friends were doing around the rest of the world. How does isolation feel outside of our media bubble? Are there signs of hope that we can read?

The first view is from a great friend of The Social, Andy Kelly. Andy lives in Sydney and is a partner in Winterman and Goldstein management and Ivy League Records. He manages rock’n’roll bands including The Avalanches, Jet, Something for Kate and The Living End.

Huge thanks to WBYK for the illustration

Just over a week ago I stood at the north end of Bondi Beach and tried to make sense of a vista so utterly surreal it was difficult to process. On a brilliant late afternoon bathed in sunshine, Australia’s most popular stretch of sand was completely empty. Only days earlier it had been mobbed by locals, tourists and blow-ins, all drawn in by the usual hedonistic urges that bring the masses to the water. In the early stages of social distancing, the general consensus was that such a measure couldn’t possibly apply to the beach, “She’ll be right mate” being our national default setting. Unfortunately, she wasn’t right and that setting had to be adjusted in record time. The beach was closed.

I looked out over the blank beachside canvas. No sunbathers sprawled on their towels. No surfers bobbed gently on the swell waiting for the next wave. Seagulls made up the numbers. It was a desolate scene. Stripped of all human movement and occupation, the empty sands of Bondi issued an open invitation to think about something we all know, but rarely have the time or inclination to admit: we’re not the centre of the universe. Waves roll in regardless.

Just before the beach closed down, my friend Pete passed away from cancer. Being friends with Pete was like being caught in a rip. You got swept up before you even noticed what was happening, and the next thing you knew you were travelling at speed from your original location not sure how it had happened.  Trying to swim against Pete’s rip was useless. To do so would waste valuable energy. The trick was to just go with him and trust that you’d soon be way out the back, past the breakers, paddling in calm water again, but having travelled further than you’d ever imagined and suddenly excited that you’d made it.

Pete was an enigma, a conspirator and a brother in arms. He viewed the world through slightly glassy, narrowed eyes that were set deep into an exotically handsome visage. He was smart, cunning even. Words snuck out of his mouth in a soft cadence. Along with our other friend, Andy, we formed a trio bound together by a love of rock and roll and wanting to do something, anything about it. We managed bands together, we started a record label, we made friends for life, we had fun. We all got married, we had kids, I went grey, they didn’t (it’s not a big deal, it’s fine). For 25 years we had adventures together, so often caught in Pete’s rip. We remained friends first, business partners second. We had such a good time, and Pete was at the centre of it. Nobody ever made ambition so hilariously deadpan, like it was a private joke. Andy quite perfectly described Pete as a puzzle to the unacquainted, an open book to those who knew him. He changed the course of so many lives in music, and now he’s gone.

After Pete died, waves started rolling in. Waves of grief. Waves of disbelief. But for every instance when all the air got sucked out of my lungs thinking about a world where our best friend and comrade was gone, there was comfort in how people fell over themselves to say how much Pete meant to them. Friends texted, called, messaged and emailed to talk about how he had changed the course of their life: how he had said something important to them that made them stop in their tracks or helped them look at a seemingly unsolvable problem differently. That people felt a compulsion to get in touch and talk about Pete in the middle of a time when everyone had their own worries as the world was shutting down was incredibly generous.  For all of us bobbing out there in an ocean of grief, suddenly waves of kindness came rolling through in perfect sets, beautifully spaced.

Bondi Beach is still empty. None of us know how long this strange new world will continue. We’re all caught in a rip. We’ve got no choice but to let is take us out the back of the breakers until we reach calmer waters. The waves are going to keep rolling in. We just have to have faith that we can all catch a big one back into shore, and thank our lucky stars we’ve got each other.

Pete Lusty’s friends and colleagues created a killer playlist of songs that he was involved in over the years – listen below.